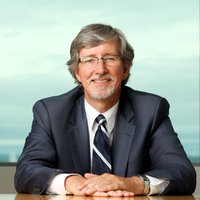 Daniel Therrien was appointed Privacy Commissioner of Canada on June 5, 2014 after three decades serving Canadians as a lawyer with various federal departments where human rights issues were important.

He has said that the over-arching goal of his mandate is to increase the control Canadians have over their personal information. In line with this goal, he has consulted Canadians on numerous issues, including on current challenges to the consent model, which culminated in the 2018 Guidelines for obtaining meaningful consent, as well as on online reputation and privacy.

He has led a number of investigations with important implications for the privacy rights of Canadians. For example, in 2019 his investigations into the Facebook-Cambridge Analytica scandal and the Equifax global data breach both found serious lack of accountability in how these companies treat the personal information in their care. In 2020, his investigation into Desjardins—the largest ever data breach in Canada’s financial services sector—revealed a series of gaps in administrative and technological safeguards.

Commissioner Therrien has championed the urgent need for legislative reform of Canada’s federal privacy laws. He has called for a rights-based foundation that recognizes privacy as a necessary precondition for the exercise of other fundamental rights such as freedom and equality. He has also advised Parliament and policymakers on the need to incorporate privacy safeguards in other legislation, including those related to national security and counter-terrorism. He has led research and investigations into privacy issues that go to the heart of consumer trust and confidence. He values collaboration and consultation and works with public and private sector stakeholders, academia, civil society organizations, consumer groups and individuals to help improve privacy protections for Canadians.

Commissioner Therrien began his career practicing correctional law for the Department of the Solicitor General, the Correctional Service of Canada and the National Parole Board. He then practiced immigration law at the Department of Justice and at Citizenship and Immigration Canada, becoming Assistant Deputy Attorney General, Public Safety, Defence and Immigration Portfolio at the Department of Justice in 2005. In that capacity, Commissioner Therrien had a leadership role in giving legal advice to government on public safety and national security issues. He was also instrumental in negotiating the adoption of privacy principles governing the sharing of information between Canada and the U.S. under the Beyond the Border accord.

Commissioner Therrien holds a Bachelor of Arts and a Licence en droit from the University of Ottawa. He was called to the Quebec Bar in 1981.