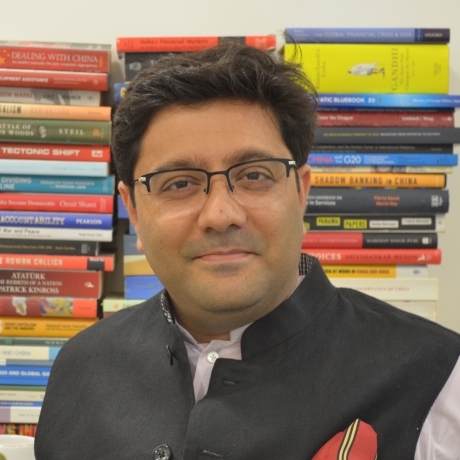 Akshay was the chief executive officer, director of research and senior fellow of geoeconomic studies at Gateway House, a Mumbai, India-based foreign policy think tank. Before joining Gateway House, he worked as a principal architect with the corporate strategy group at Fidelity Investments at its headquarters in Boston in the advanced research, strategy formulation and business architecture division. He has written columns for Indian and foreign news publications such as the Financial Times, Economic Times and Business Standard, and has been interviewed by The New York Times, Bloomberg, BBC, Channel News Asia, CCTV, Russia Today, CNBC and NDTV on global trends. In 2017, he represented India in the inaugural cohort of the AsiaGlobal Fellows Program for mid-career leaders in the field of global policy making hosted by the Asia Global Institute in Hong Kong.

Akshay has an M.B.A. from Boston University’s Questrom School of Business with a concentration in finance and business analysis. His research focused on transnational business and global macroeconomics. He has a B.S. in computer science from the School of Computer Science at the University of Massachusetts, Amherst and is an alumnus of Mayo College in Ajmer, India.