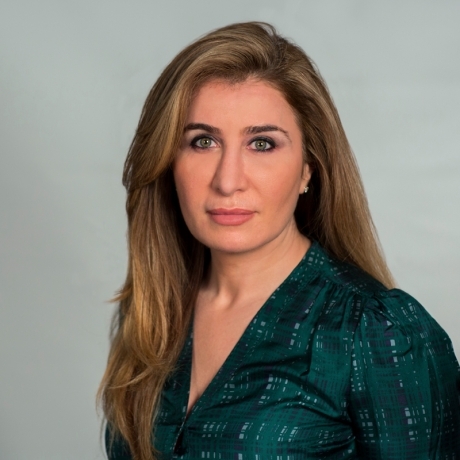 CIGI Senior Fellow Bessma Momani has a Ph.D. in political science with a focus on international political economy and is full professor and interim assistant vice-president of international relations at the University of Waterloo. She is a non-resident senior fellow at the Arab Gulf States Institute in Washington, DC, and a Fulbright Scholar. She was a 2015 fellow of the Pierre Elliott Trudeau Foundation and also previously served as a non-resident senior fellow at the Brookings Institution in Washington, DC, and as a non-resident fellow at the Stimson Center, and was a visiting scholar at Georgetown University’s Mortara Center.

Bessma has authored, co-authored and co-edited numerous books, including Strengthening the Canadian Armed Forces through Diversity and Inclusion; What’s Wrong with the IMF and How to Fix It; Egypt beyond Tahrir Square; Arab Dawn: Arab Youth and the Demographic Dividend They Will Bring; Targeted Transnationals: The State, the Media, and Arab Canadians; Shifting Geo-Economic Power of the Gulf: Oil, Finance and Institutions; From Desolation to Reconstruction: Iraq’s Troubled Journey; Canada and the Middle East: In Theory and Practice; IMF-Egyptian Debt Negotiations; and Twentieth Century World History: A Canadian Perspective.

As a political analyst on the Middle East, international affairs and the global economy, Bessma has written editorials in The Globe and Mail, The New York Times, Time, Newsweek, the National Post and the Toronto Star. She is also a regular media contributor, having done thousands of live interviews, with CNN, CBC News, CTV, Al Jazeera, CGTN, TRT World and BNN Bloomberg.

CIGI in the News
Pandemic Halved Number of Recruits for Local Canadian Forces Reserves
CIGI in the News
Dominant Reflex of Security and Intelligence Network ‘To Keep Info as Secret as Possible,’ Should ‘Hardwire’ Transparency Into Day-to-day Work, Say Experts
CIGI in the News
Joe Biden Tells Justin Trudeau in Their First Phone Call that ‘Buy American’ Plan Isn’t Aimed at Canada
END_OF_DOCUMENT_TOKEN_TO_BE_REPLACED