Delphine Halgand-Mishra is a CIGI senior fellow and an expert on press freedom and regulatory frameworks for platforms. 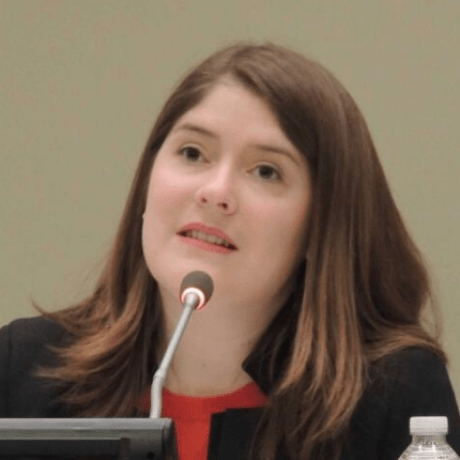 Delphine Halgand-Mishra is a CIGI senior fellow and an expert on press freedom and regulatory frameworks for platforms. She was the lead rapporteur for the Forum on Information and Democracy’s report on infodemics, which offered 250 recommendations to governments and platforms on how to end infodemics.

Delphine is the executive director of The Signals Network, a non-profit organization that supports whistleblowers who have shared major public interest information with the press. She previously served as Reporters Without Borders’ North America director, advocating for journalists, bloggers and media rights worldwide.

Delphine regularly appears on US (including CNN, Fox News, PBS and Democracy Now!) and foreign news media (including BBC World News, Al Jazeera and France 24), and gives lectures and conferences at universities (including Stanford University; Harvard University; the University of California, Los Angeles; Yale University; Columbia University; and the London School of Economics) on issues of press freedom violations and platform regulation. She has testified many times at the US Congress and at the United Nations. In May 2017, she received the 2017 James W. Foley American Hostage Freedom Award for her work assisting American journalists detained abroad.

Earlier in her career, she served as press attaché in charge of outreach at the French Embassy in the United States. Since graduating from Sciences Po Paris with an M.A. in journalism, Delphine has worked as an economics correspondent for various French media (such as Le Monde, Les Echos and L’Express), focusing mainly on international politics and macroeconomic issues.