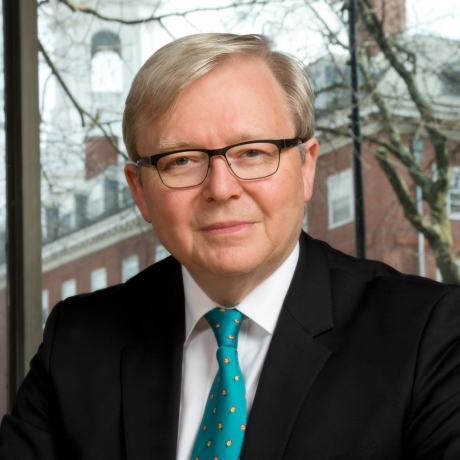 The Honourable Kevin Rudd AC joined CIGI’s Board of Directors in 2020. He served as Australia’s twenty-sixth prime minister (2007–2010, 2013) and as foreign minister (2010–2012). He led the country’s response during the global financial crisis — Australia was the only major developed economy not to go into recession — and helped found the Group of Twenty. Kevin joined the Asia Society Policy Institute in New York as its inaugural president in January 2015. In 2015–2016, he led a review of the UN system as chair of the Independent Commission on Multilateralism. Kevin is chair of the Board of Directors of the International Peace Institute, chair of Sanitation and Water for All and was recently appointed to the new External Advisory Group of the International Monetary Fund’s managing director. He is a senior fellow with Harvard University’s John F. Kennedy School of Government, a distinguished fellow at Chatham House in London and a distinguished statesman with the Center for Strategic and International Studies in Washington, DC. Kevin is proficient in Mandarin Chinese. He also remains actively engaged in Indigenous reconciliation in Australia.