Tipping the Scale: An Analysis of Global Swing States in the Internet Governance Debate

In December 2012, numerous news outlets reported on the debate over Internet governance that took place at the World Conference on International Telecommunications (WCIT) in Dubai. It was the first time in nearly a decade that the topic attracted major international media attention. A key aspect of the post-WCIT discussion has centred on the role of “swing states” in this global debate. So far, most of this work has been based on predefined groups of countries or focused on countries based on anecdotal evidence of a vibrant tech community or existing relationships. The study discussed in this paper applied a more systematic approach. The research revealed some interesting patterns among certain groups of states. A core group of potential swing states — a total of 30 countries — are identified based on their voting behaviour at the WCIT, their various memberships and a range of relevant indicators. This list offers a road map for future in-depth studies. Ideally, it will also serve as a resource for practitioners and academics alike for comparison with current efforts and for future strategic planning that focuses on engaging other actors internationally.

The Global Commission on Internet Governance was established in January 2014 to articulate and advance a strategic vision for the future of Internet governance. The two-year project conducts and supports independent research on Internet-related dimensions of global public policy, culminating in an official commission report that will articulate concrete policy recommendations for the future of Internet governance. 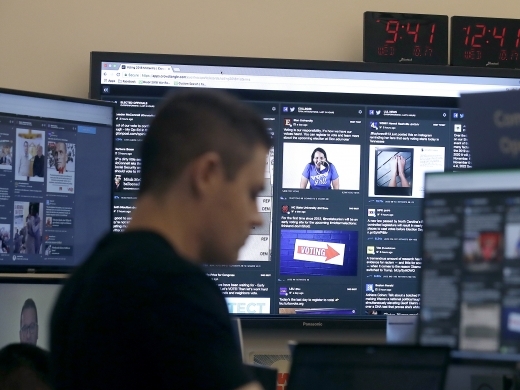 Democracy
Internet Governance
Moderating Content in the Age of Disinformation