Breaking up companies like Amazon, Apple or Google might not be the most effective way to rein in big tech

In its latest effort to confront the economic and political challenges presented by big technology companies, the US government is launching a suite of antitrust investigations and hearings focused on Amazon, Apple, Facebook and Google. The White House has directed the Federal Trade Commission (FTC) and the Department of Justice (DOJ) to conduct antitrust investigations to determine whether tech companies use their market power in ways that negatively affect competitors, consumers, or both. At the same time, the US House Committee on the Judiciary is launching hearings into the power and practices of technology giants, with a view to updating competition rules.

There is a popular sense that big tech companies’ power — paired with sometimes irresponsible and negligent behaviour — harms consumers and industry and needs to be regulated more effectively. While these giants face criticism — Amazon and Apple for their dominance in online markets and digital infrastructure; Google for business practices related to its web search service; and Facebook for enabling disinformation, election interference and manipulating user psychology — all four are viewed with suspicion around the collection, privacy and use of consumer data. While only some of these issues raise actual antitrust questions, antitrust investigations are the strategy du jour.

Who Benefits from Reining In Tech?

For years, technology firms were the darlings of investors, consumers and politicians, producing products and services that improved productivity and engagement and creating jobs and other benefits for people and communities. But scandals, unethical and illegal behaviour and widespread harm shifted public opinion. Even before the watershed Facebook Cambridge Analytica scandal came to light in 2018, politicians and the public were increasingly uncomfortable with the size and behaviour of the tech giants. Now, prominent Republicans and Democrats alike have taken notice that there may be more to be gained politically by adopting a critical stance on big tech.

Prominent Republicans and Democrats alike have taken notice that there may be more to be gained politically by adopting a critical stance on big tech.

Yet, properly conceptualizing the exact nature of the challenges posed by technology giants, and identifying appropriate regulatory mechanisms to respond, is problematic. Although the European Union revealed one possible approach with its General Data Protection Regulation and the imposition of large fines on some firms for anticompetitive practices, US antitrust frameworks are currently understood narrowly in terms of effects on consumer welfare — specifically, the prices paid for goods and services. Given that tech companies often provide consumers with free or low-priced goods and services — such as search engines, product delivery and communications platforms — the prevailing antitrust paradigm is an unlikely candidate for effectively reining in their power. But cracks in the paradigm emerged when a groundbreaking paper on antitrust by then Yale law school student Lina Khan was circulated and read widely among antitrust experts inside and outside government.

The Cost of Breaking Up Big Tech

Writing specifically about Amazon’s market power but offering insights that could apply to other large tech companies, Khan argued that the prevailing consumer welfare framework in antitrust, which focuses mainly on short-term price effects, is ill-equipped “to capture the architecture of market power in the modern economy.” Further, the current approach neglects the risk of “predatory pricing” and the ways that “integration across distinct business lines” can be used in anticompetitive ways. This is especially problematic, Khan notes, in the online context where there are incentives to pursue growth over profits in the short term, and where larger platforms “control the essential infrastructure on which their rivals depend” and therefore can dictate terms to competitors or push them out of business entirely. In effect, Khan argues that Amazon uses its “structural power” in ways that seem to benefit consumers. But over time, Amazon’s actions could undermine the competitive markets required to support product quality, variety and innovation. 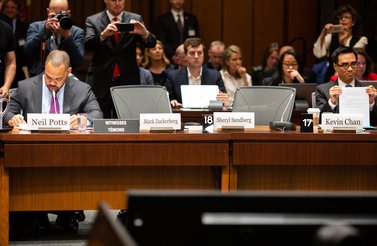 Khan’s framework gained traction among some in the antitrust community and is playing an important role in how antitrust activities are now being discussed. All Americans are assumed to have an interest in a robust innovation economy that produces diverse, high-quality products and services. The Khan hypothesis is that reining in or better regulating the structural power of big technology companies is the best way to realize that interest. While most agree with the assumption, not everyone agrees with the hypothesis. Critics point to a variety of risks and potential costs of breaking up big tech.

US antitrust investigations and hearings will develop slowly. Some estimate that they could take 18 months or more to reach conclusions, taking us beyond the 2020 election. Any number of things could derail or change the trajectory of antitrust and other big tech regulatory initiatives between now and then. And even if the investigations and hearings proceed as planned, few observers think that regulators will break up the big tech firms. It is an outside, but unlikely, possibility. Firms are more likely to be fined for anticompetitive practices and required to reach agreements to change problematic business models and practices.

In the long run, regulatory measures that fall short of breaking up the firms might be more effective in addressing the challenges posed by big tech firms. New rules on data collection, storage and use might protect consumer interests better than breaking up large firms and letting those new smaller firms operate in a less regulated environment. There are many small and medium-sized tech firms who can build biased and harmful technologies, collect and misuse data, and violate privacy just as egregiously as large firms. Treating certain platform infrastructures as shared utilities, rather than letting large firms use them to marginalize competitors, is another option worth exploring. Nevertheless, the move toward antitrust investigations and hearings is significant and productive. It opens a new process for careful reflection and action to address the harm that tech firms can cause to consumers’ and citizens’ rights and well-being, while being mindful of the need to support the innovation and competitive conditions that generate benefits for many.

Daniel Munro is a Senior Fellow in the Innovation Policy Lab at the Munk School of Global Affairs and Public Policy at the University of Toronto. He is also a Fellow at the Brookfield Institute for Innovation and Entrepreneurship and co-host of The Ethics Lab on 1310 News in Ottawa.