Angel Merkel’s decision to retire from politics at the end of her term as German chancellor is understandable. She has become a lightning rod for the angst, fear and outright racism over immigration stoked by German right-wing parties. Unfortunately, as others have noted, her exit is a victory for US President Donald Trump, who, in the final days before the US mid-term elections, resorted to racist, xenophobic messaging to excite his base. Trump views Merkel’s steady, principled defence of the existing international order as both an annoyance and an obstacle to his plans to disrupt the existing rules-based system for international trade, finance and collective security.

That system, erected in the aftermath of global war, succeeded in changing the way people looked at the global economy — from a zero-sum game, in which one party wins at the expense of others, to a positive-sum game that benefits all who play by the rules. With that change, more people were lifted out of poverty around the globe than ever before. The system rewarded countries that followed sound policy frameworks, allowed markets to allocate resources and introduced democratic accountability, while countries that repressed individuals and market forces languished in poverty. North and South Korea, for example, illustrate these extremes well.

For Trump and his nativist sycophants, however, this feature of the global economy — that all players win — is a problem. Once economic reforms began to raise the productivity of the Chinese masses through the forces of economic convergence, increasing GDP per capita, the relative economic size of the United States began to decline. Today, China’s economy is second only to the American economy when output is measured using market exchange rates. However, when using hypothetical exchange rates based on relative purchasing power of national currencies, China’s economy exceeds that of the United States.

This result is simple math: multiply a low, but rising, GDP per capita by a billion people and you get a very large number. The rise of China isn’t the only cause; poor policies in the United States under successive Republican and Democratic administrations played a role as well. For example, as a result of such policies, the United States has seen overvaluation of the dollar (the Ronald Reagan era), weakened financial regulation (under both Bill Clinton and George W. Bush) and asset price bubbles (also Bush). These effects exacerbated income inequalities, contributed to declining educational standards and hastened the decline in US relative economic size. As Cassius says to Brutus in Shakespeare’s Julius Caesar, “The fault, dear Brutus, is not in our stars, / But in ourselves...”

If China’s share of the global economy is rising, the share of some other country must be falling, even if the absolute size of all economies is rising. It is in this sense that Trump’s zero-sum perspective applies. However, rather than recognize the benefits that the rules-based international system has produced, Trump has sought to destroy the system that has been the wellspring of millions around the world. He wants a bigger piece of a shrinking pie.

It is in this context that Angela Merkel’s exit from the global stage is so worrisome — who will fill the void in leadership that the United States has left? 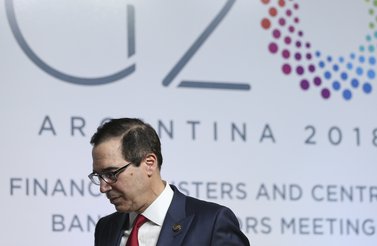 RECOMMENDED
The G20 Fights Fires — But It Won't Prevent Them

For the past 70 years, the United States played the pivotal role of “unselfish hegemon” (as Charles P. Kindleberger evocatively put it), acting as the leader and financial underwriter of global economic, financial and security cooperation. That role entailed substantial costs for the United States, but provided even more substantial benefits.

If Trump succeeds in undermining the institutions supporting international cooperation, that prosperity may be at risk. While that outcome would be bad for Americans, it could be worse for the rest of the world. The withdrawal of US leadership would create a dangerous vacuum at a time when effective leadership is needed to address the challenges ahead, including responding to the financial and economic crises that will inevitably occur and the coming climate change crisis. Sadly, Trump’s America has likely already lost the moral authority to lead.

Whoever steps into the role must combine convening power (size), moral authority and commitment to the rules-based system. China certainly qualifies in terms of size, and Beijing has expressed strong support for the existing system. But its commitment to the liberal values on which the postwar international system is based is lacking. India could be a leader of the future, given its status as the world’s largest democracy, but not yet. A decade ago, Brazil shone a light of global leadership through its participation in the Group of Twenty (G20). The recent presidential election has likely extinguished that flame and, possibly, consigned the G20 to ineffectiveness.

If the G20 is incapable of fulfilling the role envisioned for it 20 years ago by Paul Martin, then Canada’s finance minister and, later, prime minister, perhaps Group of Seven (G7) members can once again lead on setting the global rules. Japan is an unlikely candidate, lacking size and being wary of providing international leadership for reasons of history. Further, Tokyo will seek accommodation with Beijing, while doing its best to placate the White House. Italy is neither large enough nor stable enough to provide leadership; it will be too preoccupied fighting EU budget rules and adverse market reactions to look beyond the borders of the European Union. While Canada is firmly committed to a rules-based system and has demonstrated global leadership over the past 70 years, frequently punching above its weight, its economy is small and so integrated with that of the United States that any prime minister must tread carefully in navigating the political minefield laid by Trump. 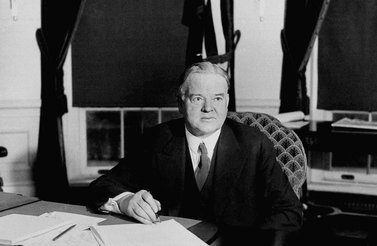 RECOMMENDED
The Pursuit of Trade Liberalization

Could G7 former “great powers” with long-standing international credentials provide the leadership that is needed? The United Kingdom has chosen to turn inward in pursuit (ironically) of visions of past imperial greatness. The prime minister — whoever that may be in six months — will be preoccupied with managing post-Brexit transition. France is an unlikely candidate, notwithstanding the fact that it has steadfastly supported the global rules-based system. President Emmanuel Macron could provide the leadership needed to keep the system together. But he, too, will be preoccupied by Brexit-based challenges and would have to deal with possible renewed existential angst with respect to the European “project,” should Italy threaten to leave the euro zone.

That leaves Germany. Alone, its economy is too small to qualify it to substitute for the United States as global leader. But, as leader of the combined European Union, Germany could provide the stability and support needed to sustain the rules-based system from which it has benefited through export-led growth. Meanwhile, Angela Merkel has the gravity and experience to sustain a coalition of like-minded countries. Her prospective retirement makes that scenario unlikely — as a lame duck leader managing a fractious coalition and restive population, she will be fully occupied fighting the forces of division and extremism at home. And, a European Union under internal stress is not going to provide external stability.

What, then, do the next several years hold for the global community?

Going forward, legitimate questions can be asked if the United States would respond in like manner. Trump has so weakened the bonds of cooperation that today the United States is an “unreliable hegemon,” as Raghuram Rajan, former International Monetary Fund chief economist and former Reserve Bank of India governor, has suggested. That perception could have terrible consequences when the next crisis strikes and cooperation is needed.

The cadre of economic nationalists who support Trump clearly don’t see things in those terms. Populists frequently cast the issue in terms of “globalists” trying to create world government. The issue, however, is not world government; the choice is between the rule of law, and a Hobbesian law of the jungle, in which the big bully the small. It is clear what Donald Trump wants; it is less clear that he understands that by being an unreliable hegemon, he could unleash forces that lead to a “nasty, brutish and short” life for all. 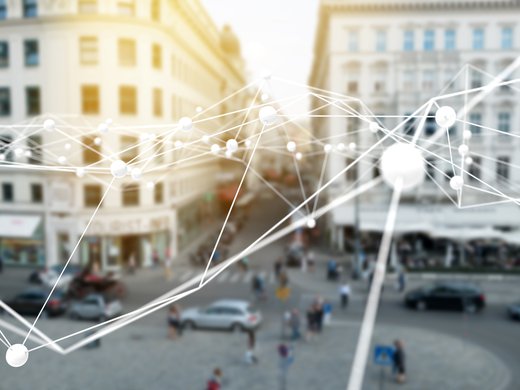 Toward a G20 Framework for Artificial Intelligence in the Workplace 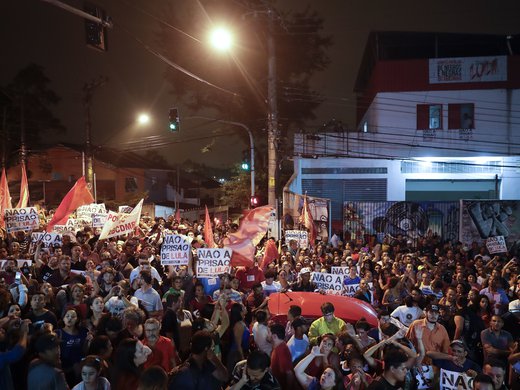 The Politics of Crises