There was no global policy breakthrough or consensus on a new way forward. But world leaders had face-to-face exchanges for the first time in years.

At a time when global cooperation is at a low point, the Group of Twenty (G20) — an informal group of the world’s largest economies — showed its worth this week when leaders held their annual meeting in Indonesia. While there were no global policy breakthroughs or a new consensus on a way forward, the G20 is a place where leaders can also have productive, and often critical, meetings on the margins of the formal agenda. Leaders from G20 countries meet annually, but with the disruption of COVID-19 over the past few years, this was the first meeting since 2019 that most leaders attended in person. And the importance of face-to-face discussions beyond the formal G20 agenda was shown in spades.

The three-hour-plus bilateral meeting this week between US President Joe Biden and Chinese President Xi Jinping, for example, was critical, with high value on its own. With tensions high between the two on a range of issues from semiconductor technologies to Taiwan, it was essential for these two leaders to meet in person to establish a “floor” and prevent a further deterioration in relations. Importantly, the two agreed to have their officials ensure strategic communication and to work collaboratively on critical global issues, including macro-economic coordination, climate change, and food and health security. Agreement between the world’s two most powerful leaders this week helps thaw the chill on virtually all global cooperation that has set in since the Russian invasion of Ukraine.

Prime Minister Justin Trudeau did not have a formal bilateral meeting with Chinese President Xi in Bali. This should come as no surprise, given the tensions of recent years, only marginally eased by China’s release of Michael Kovrig and Michael Spavor in September 2021. It was reported that the two leaders did have a brief discussion on the margins of other events and that some difficult issues were raised, including potential Chinese meddling in Canadian elections. The video of what appears to be a later, spontaneous encounter has garnered worldwide attention. In the video, President Xi aggressively attempts to reprimand Prime Minister Trudeau for revealing information about their discussion, to which the prime minister immediately responds that he chooses to be transparent about the conversations he is having.

There is much debate about whether this event was potentially staged or not, and its significance. It is highly unusual for the Chinese leader to be recorded outside of highly scripted and controlled events, but there were many unconstrained cameras at these events. Ultimately, it is hard to see how a viral video of a failed attempt to bully or marginalize another G20 leader could reflect well on Chinese leadership. Post-Ukraine invasion, there appears to be generally less tolerance for aggressive tactics of any sort on the world stage, most clearly among the world’s democracies.

The meeting in Bali may have put some wind in the sails of an otherwise weakened G20, as these meetings, including the informal ones, have clearly had an impact. Ministers and senior officials will continue to meet over the course of the year in the G20 context, and these meetings and connections can serve as a mechanism for further frank and substantive discussions.

It would be a mistake to dismiss the value of the G20 as a body, or to assume that leaders and others can just pick up the phone to achieve the same outcomes. As is often said around G20 tables, if the G20 didn’t exist, we would need to invent it.

India takes over as president of the G20 this coming year and will host the annual summit in 2023. We stand at a critical juncture for global cooperation, which remains low despite the plethora of global challenges that require all hands on deck.

There is cause for optimism: India can play a key role in global leadership given that it will soon be the world’s most populous country and is undergoing a rapid economic and societal transformation. India can help frame solutions to many of the critical challenges facing the world — including building a net-zero future, harnessing the power of ethical artificial intelligence, and reducing wealth and other inequalities.

For the G20 project to succeed in managing any global challenges, however, it will require strong, creative leadership and at least a willingness of the whole group to move in the same basic direction. India has a chance to create a fresh leadership approach, drawing from its own rich traditions of diverse solutions to common challenges that reflect the voice of the people.

Paul Samson is president of CIGI. He has 30 years of experience across a range of policy issues with partners from around the world. He is a former senior government official and also served for many years as co-chair of the principal G20 working group on the global economy. 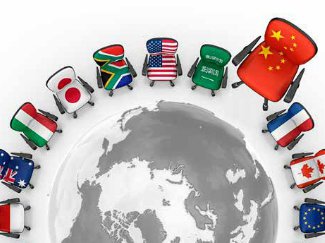 China and the G20 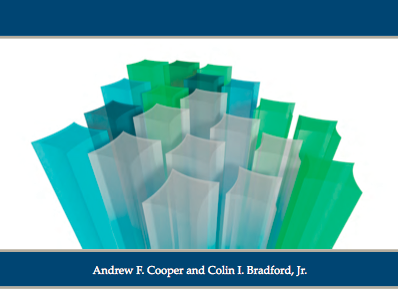 The G20 and the Post-Crisis Economic Order 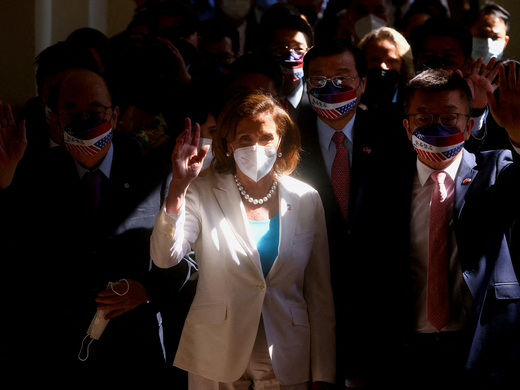