On April 23, 2021, CIGI President Rohinton P. Medhora addressed the Standing Committee on International Trade regarding trade and investment policy’s role in the production and distribution of COVID-19 vaccines. The following is a lightly edited version of his briefing for the committee.

In the presence of significant spillover effects from the health and economic impacts of the pandemic, solutions that go beyond narrow national interests are called for, not just for important humanitarian reasons but as enlightened self-interest. And as the arc around the development of vaccines indicates, today’s economy, driven by intellectual property (IP) and big data, requires particular attention to the formulation and execution of innovation policies in Canada and in the global rules on trade, investment and technology.

For 20 years, the Centre for International Governance Innovation (CIGI) has been working on addressing gaps in global rules and processes around international trade, finance, security and technology. During this period, we have seen the growing importance of innovation, big data and new technologies underpinned by IP as the prime drivers of our prosperity and security. National success in this area can drive, and is driven by, global events.

During the past two years, CIGI’s president, Rohinton Medhora, has been a member of two expert international panels: one on structural economic change, led by Nobel economics laureates Michael Spence and Joseph Stiglitz, called the Commission on Global Economic Transformation,  and the other on new technologies and global health, sponsored by the Financial Times and The Lancet. This has provided a unique opportunity to observe and participate in discussions on the very areas this Standing Committee is examining — the connections between innovation, national and international policies, health technology, and public welfare.

The main characteristic of pandemics is their rapid transmissibility, which, in our globalized world, recognizes no borders. It follows that vaccines to fight pandemics, too, have spillover effects. A vaccine not only protects the individual receiving it but also others who have come in contact with the individual. This holds globally, too. The dictums “we’re in it together” and “we’re not safe until everyone is safe” are true for two reasons.

First, virus mutations develop in regions or groups of people that are not protected. These circulate and come back to haunt even protected populations, as we are currently seeing with some of the variants of the COVID-19 virus. Second, with our world as economically interconnected as it is, recovery from the pandemic must be broad-based. Earlier this year, the International Chamber of Commerce released a study that found that a combination of “vaccine nationalism” by developed countries and resulting prolongation of the pandemic in poorer parts of the world could result in GDP losses of up to US$9.2 trillion in 2021 alone. These losses would be borne by all countries, Canada included.

In this context, the recent announcement by the Government of Canada to produce a vaccine (Novavax, produced by Sanofi) currently in the approval stage at Health Canada is to be welcomed. Anything that increases the global capacity to produce vaccines while we are in a race against time to halt the spread of the pandemic and its troubling new variants can only be a good thing. And, as we have seen, having domestic production capacity provides a measure of security of supply during these troubled times. India recently prioritized its own citizens’ needs over export commitments for the Oxford-AstraZeneca (AZ) vaccine manufactured in the country. The European Union and the United Kingdom have been in a dispute over whether AZ vaccines manufactured in the European Union could be held back for EU citizens rather than used to meet export commitments. Clearly, having one’s own manufacturing capability trumps having a signed contract for vaccine imports.

The story of the development of COVID-19 vaccines has presented a major public policy conundrum. In a recent report by the Commission on Global Economic Transformation, it is argued that the rapid development of the very effective vaccines we have today is the result of significant amounts of public intervention and subsidies that, when coupled with private sector ingenuity, have provided a true scientific miracle indeed: “In the US alone, the six major vaccine companies received over $12 billion in public support; other rich country governments also provided support to these companies for developing these vaccines. They also benefited from prior public research and reduced costs of clinical testing because of more unpaid volunteers for trials. It is likely that the three ‘leader’ vaccines have already received what could be considered as reasonable returns on their own investment, and more.”

These firms will be able to further boost profits with subsequent boosters based on the technologies developed with public support. Moreover, the public investments in basic science from which sprang (for example) the groundbreaking mRNA technology are multiples of the direct financial support to vaccine-developing firms during the pandemic.

A series of cascading inequities follow. Some rich countries have booked vaccine supplies for multiples of their actual needs. COVAX, the facility to hold and distribute vaccines on a globally equitable basis, is underfunded. Although Canada is a lead (sixth-largest) funder of COVAX, it has joined some other well-off countries like New Zealand and Singapore to access the vaccine pool,  which goes against the ethos of the initiative. Bulk buying and unbalanced power relationships have created a situation where the European Union, with almost four times the per capita income of South Africa, pays less than half the price for a dose of the AZ vaccine.

Remarkably, even major global humanitarian philanthropy cannot be counted on. As Oxford University’s Jenner Institute advanced in the development of a vaccine in April 2020, the Bill & Melinda Gates Foundation intervened to discourage the University from providing the vaccine at zero or low cost, instead urging it to enter into a more commercial agreement with the biotech company AstraZeneca.

Finally, a group of developed countries has opposed a temporary waiver of COVID-19 vaccine patents, pointing to the need to revisit global IP rules currently enshrined in the World Trade Organization’s (WTO’s) Trade-Related Aspects of Intellectual Property Rights (TRIPS) agreement. The strategic use of vaccines by, notably, China and India has led to an intense wave of “vaccine diplomacy,” which is as much about geopolitical considerations as it is about improving global health.

Canada’s lack of COVID-19 vaccine production capability is symptomatic of a deeper issue: our mediocre innovation performance, particularly in the area of intangibles. As CIGI Senior Fellow Joël Blit put it recently, “Since the turn of the century, every G7 country but one has grown their total investment in R&D (as a % of GDP). The exception is Canada. We will soon drop below Italy and into last place.” Figure 1 below illustrates this trend.

Canada ranks seventeenth in the world, according to the World Intellectual Property Office (WIPO)–INSEAD Global Innovation Index, keeping company with countries like Austria, Ireland, Japan and Norway but behind emerging market powerhouses like China, Israel, South Korea and Singapore.

But overall, Canada is a net importer of IP. Using World Bank and Statistics Canada figures, CIGI Senior Fellow Dan Ciuriak calculates that payments for IP to other countries have exceeded receipts for Canadian IP from other countries since such figures started getting compiled in the early 1980s (see Figure 2 below). This deficit stands at about CDN$9 billion today. If we add the imbalance in payments for data and data-related services (for which methodology and estimates vary), the deficit almost certainly widens.

The advent of the IP-, digital- and data-driven economy has changed the structure of value creation and prosperity. In smartphones, for example, the WIPO estimates that about half their value lies in IP, with significant amounts then going to other intangibles such as branding, distribution and retailing. Only trivial amounts, generously estimated in the three-to-five-percent range, go toward labour.

We do not know what the equivalent figures for COVID-19 vaccines might be, not least because of the massive public interventions signalled earlier in this brief, which distort true values and prices. But the broad logic of the dominance of intangibles in today’s economy holds. For Canada, the choice is clear — do we wish to play in the ballpark where two-thirds of value creation lies, or in one where it comprises a fraction like five percent?

As CIGI has argued in previous briefs to the Standing Committee on International Trade’s on the reform of the WTO and on Bill C-4, trade agreements are the wrong vehicle to adjudicate complex issues, such as innovation and data governance, that have strong non-trade, non-economic dimensions to them. As stated in CIGI’s brief to the Committee on Bill C-4: “Data and IP issues are broader, and more profound, than e-commerce. What we agree to in trade negotiations can affect our ability to create domestic policy in many areas, including privacy, competition policy, cyber and IP. These spill over into foreign domestic investment and takeovers too.”

There are three principal lessons to be derived from the current situation with respect to COVID-19 vaccines:

These avenues ensure that our prosperity, equity and health reinforce each other, creating just the virtuous cycle our public policy and initiatives such as this Committee are meant to generate. 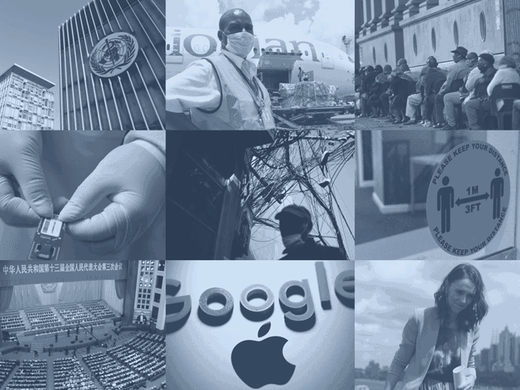 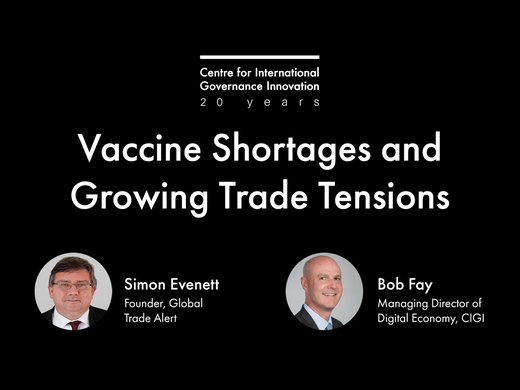 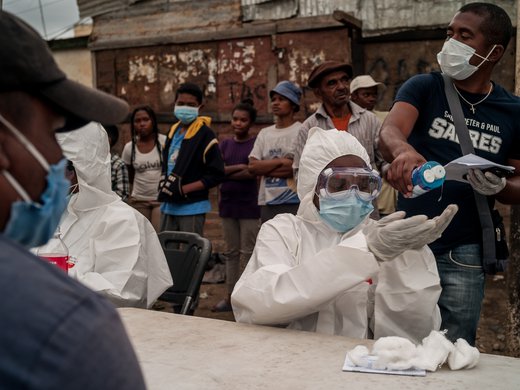 The Antidote to Vaccine Nationalism