The Brussels Summit Wasn’t So Bad 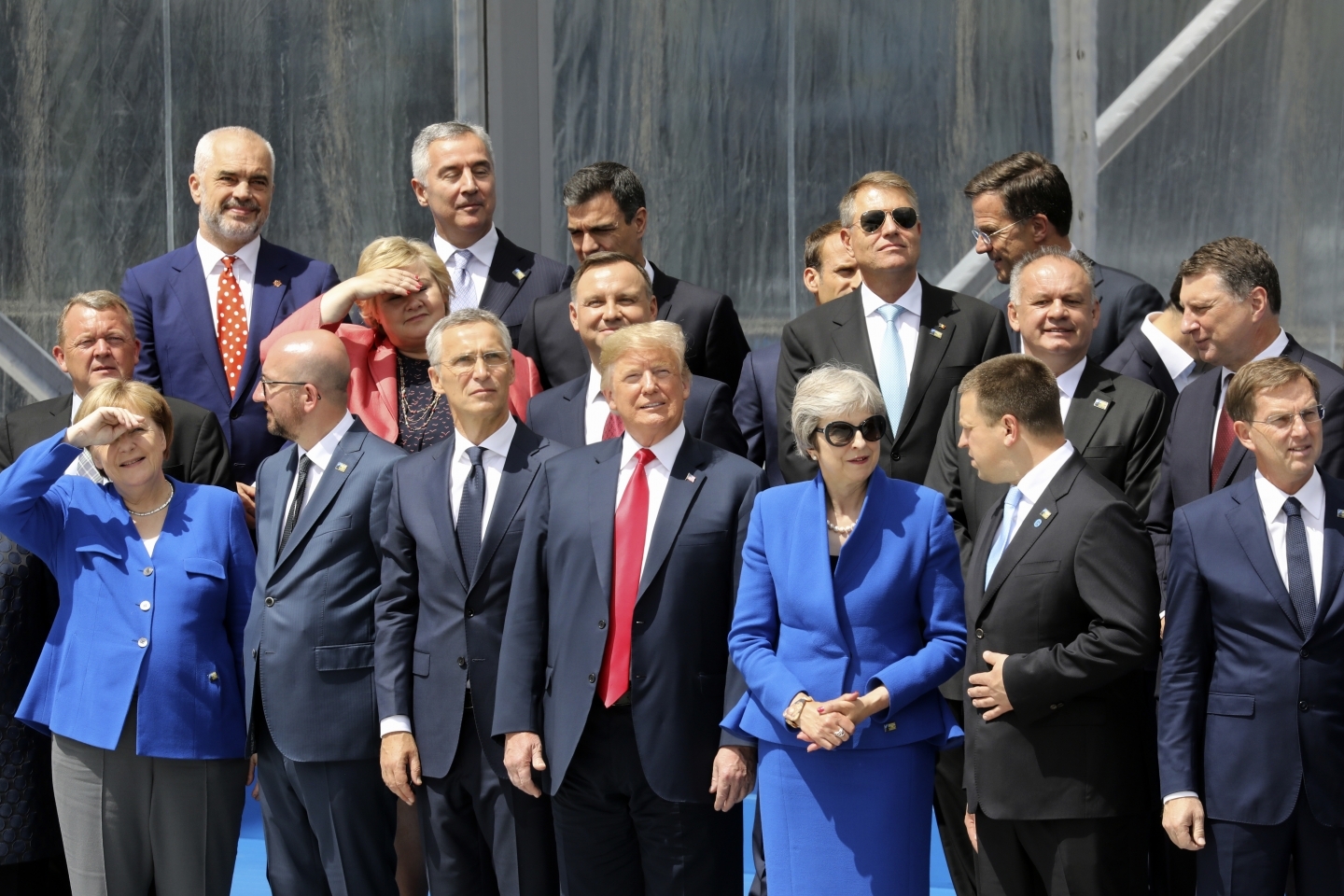 Global leaders pose for a family picture ahead of the opening ceremony of the NATO summit in Brussels on July 11, 2018. (Ludovic Marin, Pool via AP)

When you compare US President Donald Trump’s rhetoric in the days before and the aftermath of the Brussels North Atlantic Treaty Organization (NATO) Summit to what NATO members actually agreed to put on the record, the differences are remarkable.

On July 11 and 12, the heads of government of NATO’s members met in Belgium. This meeting was one of the semi-regular summits that provide an opportunity for the alliance members to review the organization’s strategic plans, confer on policy and set NATO’s direction for the future.

This year, the lead-up to the summit was dominated by the American president’s comments and post-summit plans. In the days before the meeting, Trump repeated his demands that “NATO countries must pay MORE, the United States must pay LESS.” (Presumably, the president meant that he would like NATO members to spend more on national defence, since NATO’s actual direct budget is trivially small and paid for on the basis of a gross national income formula.) He accused Germany of being captive to Russian interests, and generally derided the alliance. The American president then travelled to the United Kingdom, and then to Helsinki, Finland, for a meeting with Russian President Vladimir Putin (a man whose foreign policy has reinvigorated NATO in recent years). Trump subsequently stated he believed Putin’s assertions that Russia did not interfere in the 2016 US election, before trying to walk that comment back.

Together, Trump’s criticism of NATO and his seeming embrace of Vladimir Putin don’t bode well for the alliance. But rather than officially rejecting the Brussels Summit’s communiqué (as the United States did after the Group of Seven’s Charlevoix summit in June), the Americans agreed to a fairly standard statement from the NATO leaders.

Despite American complaints about NATO member defence spending (and claims that the alliance agreed to a spending target of four percent of GDP), there was no agreement in Brussels on new defence spending. A whole host of other issues that have divided the American president and various NATO members — such as Russia’s activities in Ukraine or the Joint Comprehensive Plan of Action (the JCPOA, also known as the Iran Nuclear Deal) — the Brussels Summit Declaration reflected European views and priorities as much as (if not more than) it did Trump’s.

While NATO communiqués are broad statements of goals, aspirations and plans — rather than binding legal agreements — the language is still instructive. On the subject of Russia alone, and in no particular order, the Brussels declaration:

The only obvious concession to the White House was the lack of any explicit mention of the Russian government’s efforts to influence the 2016 American federal election. 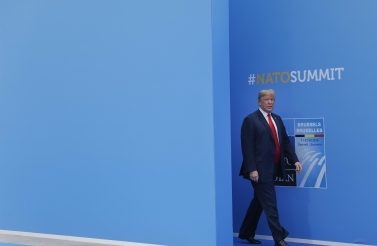 Recommended
Can NATO's Inertia Carry It Through the Trump Presidency?

Meanwhile, the communiqué reiterated NATO’s support for “complete, verifiable, and irreversible denuclearisation of the Korean Peninsula,” using stronger language than the United States did in last month’s Singapore declaration. While NATO did not call for the dismantling of the JCPOA, it did demand that Iran comply with the agreement and stop its ballistic missile activities, one of the key issues the White House cited when it left the agreement in May.

On the aforementioned matter of defence budgets, NATO agreed in Brussels that members would continue to abide by the 2014 Wales Summit Declaration, meaning members “aim to move towards the 2% guideline within a decade.” There was no surge in spending or promises to do so.

Now, the point here is not to recount the Brussels Summit Declaration line by line. The point is that despite the heated rhetoric in the lead-up to the summit and the events that followed (Trump’s agreement with Putin that Russia did not interfere in the 2016 election), little (if any) of this discord over spending and Russo-American relations appeared on the official record. The Brussels meeting produced a fairly conventional declaration that clearly reiterated policy priorities from previous years (long before Trump became president) and bears no one leader’s signature.

This does not mean all is well in NATO (or in American-European relations more generally). Successive American governments have felt that other NATO members should spend more on defence. The European Union is retaliating against American import tariffs with their own tariffs. The United States and the European Union do not see eye to eye about how to deal with Iran, and are clashing over new American sanctions on the Persian Gulf states. Trump’s comments in Helsinki on Monday won’t do much to reassure NATO’s eastern members (the Baltic states, for example) that they have nothing to fear from Moscow.

But when it comes down to it, the White House did not repudiate the Brussels declaration. On defence spending — which seems to be the president’s current priority — Trump could only conjure up a weak and non-credible threat to leave the alliance or “go it alone” if NATO members did not meet his expectations.

It is time for journalists, analysts, politicians and pundits to cease their hysterical reactions to Donald Trump’s foreign policy. Yes, it is unconventional, and difficult. Yes, some of his proposals, if acted on, would be bad for America and the broader world. However, observers ought to be able to distinguish between when the president is serious, when he is musing, and when he can meaningfully act on his views.

Here’s a casual hypothesis: look at where the American president has vast powers — whether granted explicitly by the constitution, through constitutional interpretation by the courts, or ceded by Congress — and where those powers overlap with President Trump’s professed views. Immigration? The American president has significant enforcement powers. International trade and commerce? Although Congress has constitutional authority to regulate it, a series of laws (such as the Trading with the Enemy Act, the Reciprocal Trade Agreements Act, the Trade Expansion Act and the International Emergency Economic Powers Act) have delegated a range of powers to the president, allowing him to act unilaterally.

While the president has fairly broad powers to conduct relations with foreign governments as he sees fit, there are some caveats. Congress may have ceded some of its powers to impose or remove tariffs, but it has not relinquished its right to impose sanctions (or to instruct the president to do so) to the same degree. The US Congress is also relatively engaged on matters of national defence (due to a number of reasons too long to list here) and holds the power of the purse, which is particularly important in the case of the United States’ $600 billion military budget. Finally, the power of the president to singlehandedly leave treaties remains murky, making presidential threats to quit NATO or the North American Free Trade Agreement, or any other troublesome pact, feeble.

In other words, on matters where the president is legally and politically unconstrained, that’s where we’ve seen President Trump’s policy preferences prevail (think US border and import tariffs). On policy matters where the White House is restrained by law or politics — such as the implementation of foreign affairs (especially if they involve sanctions, spending or treaty commitments) — President Trump has loudly expressed his views but seems less likely (or able) to take substantive action.

As a result, the Brussels summit did not end as badly as one might have thought it would. Brussels produced a fairly balanced, typical NATO communiqué, with member states largely sticking to policy tracks that were established long before Trump came to office.

None of this means that Trump’s diplomacy in Brussels or his meeting with President Putin in Helsinki are immaterial. They have political consequences in America, Europe and possibly even Canada. But commentators, analysts and politicians alike need to do better at distinguishing between what the White House says, what it does and what it can do. 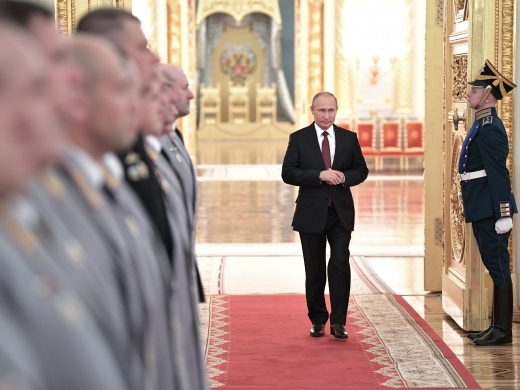