In Syria, the Kremlin claimed it was fighting terrorism and labelled the White Helmets as terrorists close to the Islamic State.

Russia’s attack on Ukraine has been described as the first TikTok war because Ukrainians are sharing intimate content about the horrors they’ve experienced. But it’s important to note that prior conflicts have also unfolded on social media. Syria’s 2011 revolution and the ensuing brutal crackdown by Syrian President Bashar al-Assad’s regime, and Russia’s intervention on behalf of Assad’s forces in 2015, also appeared in our Twitter feeds.

By then many foreign correspondents had left Syria, driven out by violence against journalists. Yet brave Syrians continue to document artillery bombardments, barrel bombings, naval mine explosions and even chemical attacks. Indeed, for Syrians watching the war unfold in Ukraine, the violence is all too reminiscent of the terror they were subjected to by the Russian military. “We are seeing ourselves in this,” Ismail Alabdullah, a volunteer with the The White Helmets — Syria Civil Defence, told me recently.

In 2020, the UN Commission of Inquiry on Syria found Russia partly responsible for war crimes in Syria due to indiscriminate attacks in a civilian-populated area. As in Ukraine today, the Syrian government and its partner, Russia, used siege tactics and blockades to starve Syrians.

One group, in particular, made a point of documenting war crimes committed by Assad’s forces and the Russian military: the White Helmets. Also known as the Syria Civil Defence, this humanitarian organization has responded to aerial bombardments in Syria since 2012, saving more than 125,000 lives and providing services such as health care, the removal of unexploded ordnance, and community safety awareness.

A vital part of the group’s work has been documenting bombardments of civilian infrastructure and spaces, including hospitals, schools, humanitarian corridors and markets, which constitute war crimes under international law. As first responders, they filmed each rescue mission, using cameras installed on their helmets, in the hope this record could serve as evidence in future war tribunals. For example, the White Helmets provided footage of chemical attacks in Khan Sheikhoun in 2017 and in Eastern Ghouta in February 2018.

When President Barack Obama’s “red line” was crossed in Syria in 2012 and Western governments stood by, that gave Russia and the Syrian regime a green light to continue their horrific attacks against civilians. It may also have given a green light to the targeting of civilians in Ukraine today. Another connection: the Kremlin recently appointed General Aleksandr Dvornikov to lead Russia’s invasion of Ukraine. Known as “the butcher of Syria,” Dvornikov oversaw some of the most brutal attacks against civilians from September 2015 to July 2016.

Few countries wield information quite like Russia, whether on social media or on television.

Few countries wield information quite like Russia, whether on social media or on television. When the Syrian and Russian governments realized that the White Helmets were documenting possible war crimes, the group became the main target of a multi-pronged propaganda campaign targeting different audiences.

For Russians at home, the aim was to justify Russia’s intervention in a war taking place far away. The Kremlin claimed it was fighting terrorism and labelled the White Helmets as terrorists close to al-Qaeda or the Islamic State.

We are seeing a similar discourse in Ukraine today. In a televised speech on February 21, three days before the all-out invasion began, Putin claimed that the goal of his “special military operation” was “to protect people who have been abused by the genocide of the Kyiv regime for eight years.” The words “denazification” and “terrorists” were also uttered several times. Alabdullah, the White Helmets volunteer, told me this was one of Russia’s most damaging and painful narratives. Similar language was used to justify attacks against civilians and the White Helmets in Syria.

The principal goal of Russian disinformation about the White Helmets was to discredit their work and weaken their international backing. Indeed, Syrian civil defenders had received support from both ordinary citizens and governments across the democratic world. The volunteers were often hailed as heroes.

Another important goal of the Kremlin’s disinformation in Syria was to deny or legitimize attacks against civilians. Russian propaganda claimed that footage shot by the White Helmets was fake, that chemical attacks were a hoax, and that attacks against hospitals had been justified because they harboured jihadists. As one head nurse in Syria stated, “The argument by the Russians or the regime is always that hospitals are run by terrorists.”

In 2016, Omran Daqneesh, a boy who’d been photographed sitting shell-shocked in the back of an ambulance in Aleppo, was rescued by the White Helmets in East Aleppo after Russian bombardment. Assad claimed on TV that children were used as props in several videos.

Internationally, a Canadian blogger named Eva Bartlett, who presents herself as an “independent writer and rights activist” and writes for RT (the Russian state-owned television network), contributed to the dissemination of these falsehoods by arguing in an article entitled “Meet Aylan & Omran: Child victims used for Syrian war propaganda” that children were being exploited by the West to combat Assad’s regime.

Claims of staged attacks remain integral to Russia’s propaganda tool kit. After Russian forces bombed a maternity hospital in Mariupol, images of those injured in the bombing quickly spread on social media. A pregnant woman called Mariana Vishegirskaya became a pawn in a deception campaign in which the Russian Embassy to the United Kingdom labelled Mariana, who also goes by the name of Marianna Podgurskaya, as an actor who’d faked her injuries. As an Instagram beauty blogger, she presented an easy target.

Some of the disinformation is clearly preposterous. But Ismael Alabdullah says the aim is to sow confusion, which can lead some to doubt the White Helmets’ intentions and impede their work. Indeed, the Russian regime benefits from a network of domestic and international users who disseminate Russian state propaganda. Killing the Truth, a report written by The Syria Campaign, with research and analysis from social media intelligence firm Graphika and independent journalist and researcher Shilpa Jindia, shows how users, trolls and bots linked to Russia reached an estimated 56 million people across the globe on Twitter, with tweets attacking the White Helmets.

According to the report, high-level individuals perpetuating propaganda include celebrities such as Carla Ortiz, American radio host Alex Jones, fringe bloggers, politicians such as Virginia State Senator Richard Black, and former diplomats such as Peter Ford, as well as British academics.

Professor Paul McKeigue of Edinburgh University, a member of a group known as the Working Group on Syria Propaganda and the Media, which defines itself as a group of “academics and independent researchers,” went as far as to claim that the 2018 chemical attack on Douma was fake and that victims visible in pictures had been executed in gas chambers before being carried out to the street by the White Helmets.

Killing the Truth reports that blogger Vanessa Beeley became influential in Russia’s disinformation war in Syria by labelling the White Helmets as a “terrorist support group,” a “Western propaganda tool,” a “Soros-sponsored NGO” and “NATO’s pseudo ‘NGO’ construct” in various interviews and on social media. In 2015, she tweeted: “White Helmets are not getting it. We know they are terrorists. Makes them a legit target.” She thereby legitimized attacks against the rescuers, in essence alleging they weren’t protected under international law. The report found that to further relay her message, the Russian government submitted a report written by Beeley entitled “The White Helmets: fact or fiction” to the UN Security Council.

This Russian-led international propaganda network remains vital to the Russian war effort today. For example, the claim that the United States was secretly funding Ukrainian bioweapons originated from a tweet by Jacob Creech, a man from Virginia who uses the Twitter handle @WarClandestine. Creech claimed Russia was invading Ukraine to destroy biolabs meant to target Russians.

Whether the smear campaign against the White Helmets had an impact is difficult to assess. They were in fact nominated for a Nobel Peace Prize in 2016, 2017 and 2018. But Russian propaganda has had an effect in Syria, Ismail Alabdullah told me. He believes that, in some cases, it changed the way the White Helmets responded to attacks, out of concern they’d be targeted and put civilians at risk. Indeed, Russia tends to use double-tap attacks: first attacking civilians, then waiting for first responders to arrive and attacking again.

The violent disinformation campaign against James Le Mesurier, a close ally of the White Helmets who founded an organization specifically to help train the volunteers and was falsely accused by the Kremlin and its allies of being a British spy, was followed by his eventual suicide in 2019. That said, Alabdullah also told me that some White Helmet volunteers were energized by the Russo-Syrian-government campaign because it was proof that rescuing civilians and documenting attacks was important.

The West failed to hold the leaders of Syria and Russia accountable for their crimes in Syria. We must not let that happen in Ukraine.

Syrians Reach Out to Ukrainians

Aware of the similarities between the two conflicts, the White Helmets and other Syrian volunteer organizations have reached out to Ukrainians since February 24, including through a new coalition of human rights activists known as the Syria Ukraine Network.

In a statement of solidarity published February 22, the Syria Civil Defence stated: “It pains us immensely to know that the weapons tested on Syrians will now be used against Ukrainian civilians….This is the moment to deter Russia from future aggression.”

Raed Al-Saleh, leader of the White Helmets, has provided valuable advice to Ukrainians about living in a war zone. He advises to never share the coordinates of hospitals electronically, to communicate with walkie-talkies rather than mobile phones, and to use GoPro cameras to film evidence of war crimes.

One emerging and significant difference between the Russian and Syrian cases is the scale of the response. The White Helmets’ policy has always been to avoid directly responding to threats and propaganda campaigns that target them specifically. As Alabdullah told me, the main reason is capacity: the organization does not have the human resources to combat it. In the case of Ukraine, large teams of volunteers and organizations, and even Facebook itself, are involved in debunking Russian disinformation.

We must learn from our mistakes. The West failed to hold the leaders of Syria and Russia accountable for their crimes in Syria. We must not let that happen in Ukraine. As the White Helmets say in their statement of solidarity, “it is time to come together”; time for the West to “utilize all tools of coercion to stop Putin’s aggression in Ukraine and to deter any future aggression and protect the norms and laws that previous generations fought so hard to build.” 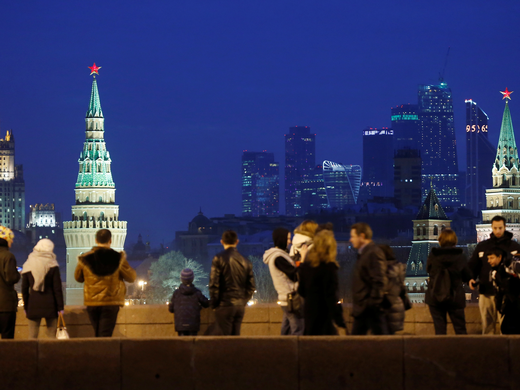 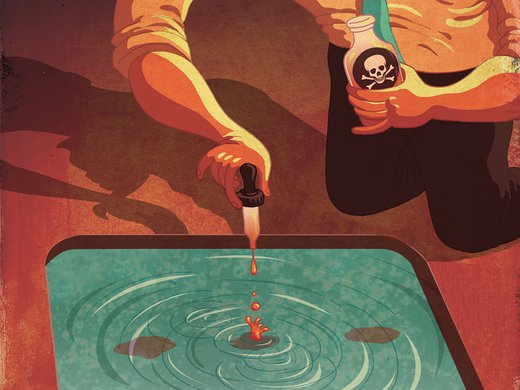 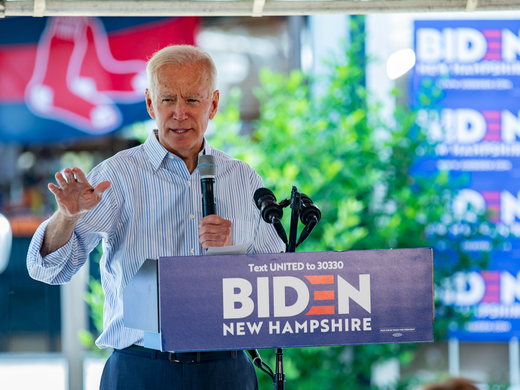