Productivity, privacy and equality are on the line as Canadian workers move from their office to their home Holger Frohnmeyer studies with his son Rasmus while working from home during the spread of coronavirus disease (COVID-19) in Berlin, Germany, March 19, 2020. REUTERS/Fabrizio Bensch

As a result of the COVID-19 pandemic, a significant migration is underway; people are moving their work from their offices to their homes where possible. Similarly, students are no longer in school, and are spending a lot of their time at home and likely online. Can the internet accommodate this shift? Can it handle the added hours of streaming, video games and remote work? And do we have the kind of policies we need to make this possible and secure?

So far, the Canadian internet has been able to accommodate the increased load. During the first week of active remote work and social distancing, there was on average, an increase in volume consistent with rates seen in other areas impacted by the pandemic.

As one example of a move to ensure overall network availability, in Europe, Netflix has voluntarily agreed to reduce the quality of its available streams, after receiving a request from the internal market commissioner for the European Commission.

While such measures are not yet necessary in North America, the majority of internet providers have suspended restrictions on how much bandwidth customers can use, making their connections effectively unlimited.

While the Canadian internet backbone can accommodate this increase in activity, some home users are already experiencing issues, due either to their provider or because their employer’s networks are not prepared for the influx of remote work. For example, most Canadian internet connections have a dramatically slower upload speed than download speed. Usually, this is fine; consumers don’t always need the capability to upload quickly. But, as remote workers, they may find this slower speed could become a problem, as video conferencing becomes a necessary part of their workday.

In an interview, Ken Chase, president of Heavy Computing, a Toronto-based high-performance computing and data provider, explained: “The bottlenecks will be upload speed. With a household of three or four people trying to work from home on a shared video call, you’re going to get pretty low quality if they have a semi-standard 25/10 MbpsDSL [a digital subscriber line with a download speed of 25 Megabits per second and an upload speed of 10 Mbps], as 10 Mbps isn’t enough. The majority of Canadians do not have faster than 10 [Mbps] upload rates — it’s the nature of the technology, not the provider’s fault.”

While the CRTC lists 50 Mbps as the desired goal, many are still at 25, and that only applies to people in dense urban areas: “Anyone who is far from their CO [central office or neighbourhood access point], however — say, in lower density areas in the exurbs, or even in poorly planned suburbs [anything built up into the 1990s] — might find their max upload speeds even less.”

Similarly, many Canadians connect to the internet via wireless internet service providers (WISPs) that have limited network capacity to start with and were already, in some cases, oversubscribed before this crisis.

Where things fall apart is in Northern Canada where satellite-fed communities are already starved for bandwidth, or…in rural areas [where customers] are forced to subscribe to satellite-based internet. Upload speeds are ridiculously slow, with latencies [delays in milliseconds] unacceptably high. Poorly run WISPs will not be able to handle the traffic increases, as their infrastructure may already be oversubscribed beyond the limited wireless capacity. Infrastructure upgrades for WISPs can be costly and difficult due to the lack of available spectrum. Customer equipment for WISPs cannot be easily upgraded either, as the cost of truck rolls to customers in remote locations are expensive, and [upgrades may be stalled by] safety issues on older towers, or the lack of clearance over trees which have grown since service was initially installed.

For example, SSi Micro, a company headquartered in Yellowknife that provides satellite-based internet to Canada’s Northern communities, said this week that it was not able to lift data caps and instead sent a notice to all customers encouraging them to practise “social solidarity” and not use data unnecessarily.

This disparity in access suggests we could see issues arising if isolation or quarantine were to go on for months. In China, the digital divide was revealed in how students were able to access distance education during the COVID-19 outbreak, with rural students lacking the necessary equipment and reliable broadband connections.

However, connectivity doesn’t just vary from rural to urban settings; it can also differ among employers. Some companies have limited access to and knowledge of available bandwidth when using virtual private networks (VPNs) or other applications hosted by the enterprise.

For example, the Government of Canada is not adequately prepared for its workforce to be working remotely. Federal civil servants have been told to limit the time they spend using government networks to 30 minutes a day, to use audio rather than video conferencing, and to employ their own computers, mobile devices and internet connections rather than those they would normally use for work.

While the Canadian government has had to prioritize staff who require secure and confidential access regarding the use of its own networks, instructing its other staff members working from home to use their own technology — rather than devices supported by the enterprise — raises larger issues of security and privacy. A VPN can help to secure the connection people use as well as the data they access; encouraging people to forgo that protection puts them at greater risk.

Few home users understand how to configure or secure their home Wi-Fi. Many rely upon the router supplied by their provider, which generally has the password for their Wi-Fi on a sticker on the back. Criminals are already taking advantage of the pandemic to hack people, including by pretending to be the World Health Organization. 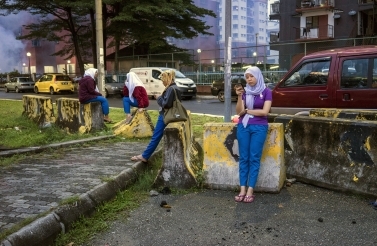 There’s also concern that video conferencing and collaboration tools such as Zoom do not provide transparency reports, which help users, especially enterprise and public sector users, understand when and where their information will be disclosed.

Employee privacy also exists in a grey area amid the COVID-19 crisis. Employees generally do not have the right to privacy while at work or while using their employer’s internet networks. But what happens when the workplace is moved to that employee’s home and they’re using their personal computer and mobile device? Will monitoring of employees to ensure productivity and compliance follow the worker and migrate from the workplace to the home? The Electronic Frontier Foundation has issued an advisory that details how companies such as Zoom track users and provide that data to administrators and employers.

If the measures designed to limit this pandemic are expected to last for months, and if remote work (and social distancing) is becoming the new normal, what policies will enable or at least facilitate this transition? An upgraded privacy act that helps protect remote workers might be a good start.

Certainly, when it comes to internet access, this pandemic has not only demonstrated that connectivity is an essential service, crucial to our social and economic infrastructure, but also that fibre optic connectivity is the only long-term solution.

Ben LaHaise puts it bluntly: “We need fibre [extended] to every community across the country. No other form of infrastructure has as much capacity and the ability to upgrade capacity as quickly and easily as fibre. The government should ensure that open-access fibre networks are available to communities across the country. This is especially important for Northern communities that have been strangled by being forced to dump untold dollars into expensive satellite capacity that barely serves their needs.”

Alternatively, the issue of network neutrality will re-emerge if there is a growing need to manage scarce network resources. Rural communities that depend upon wireless access may be faced with policies that ensure reliability for remote workers and essential services. Similarly, national security and espionage concerns around the use of Huawei telecommunications equipment may be deferred by the need to increase connectivity as cheaply and quickly as possible. What used to be regarded as an issue of surveillance (using Chinese telecommunications gear that cannot be trusted) may now be regarded as an issue of equity and economic necessity (making sure we get everyone connected as fast as possible).

While trade-offs may be a necessary part of the triage process required to balance health, security and the economy, the internet is the glue that is currently holding the economy and society together as our work and learning takes place remotely. This crisis should remind us of how important the internet is, and about why we need stronger policies to ensure all Canadians have equal access and can maintain their right to privacy.