Can NATO's Inertia Carry It Through the Trump Presidency? 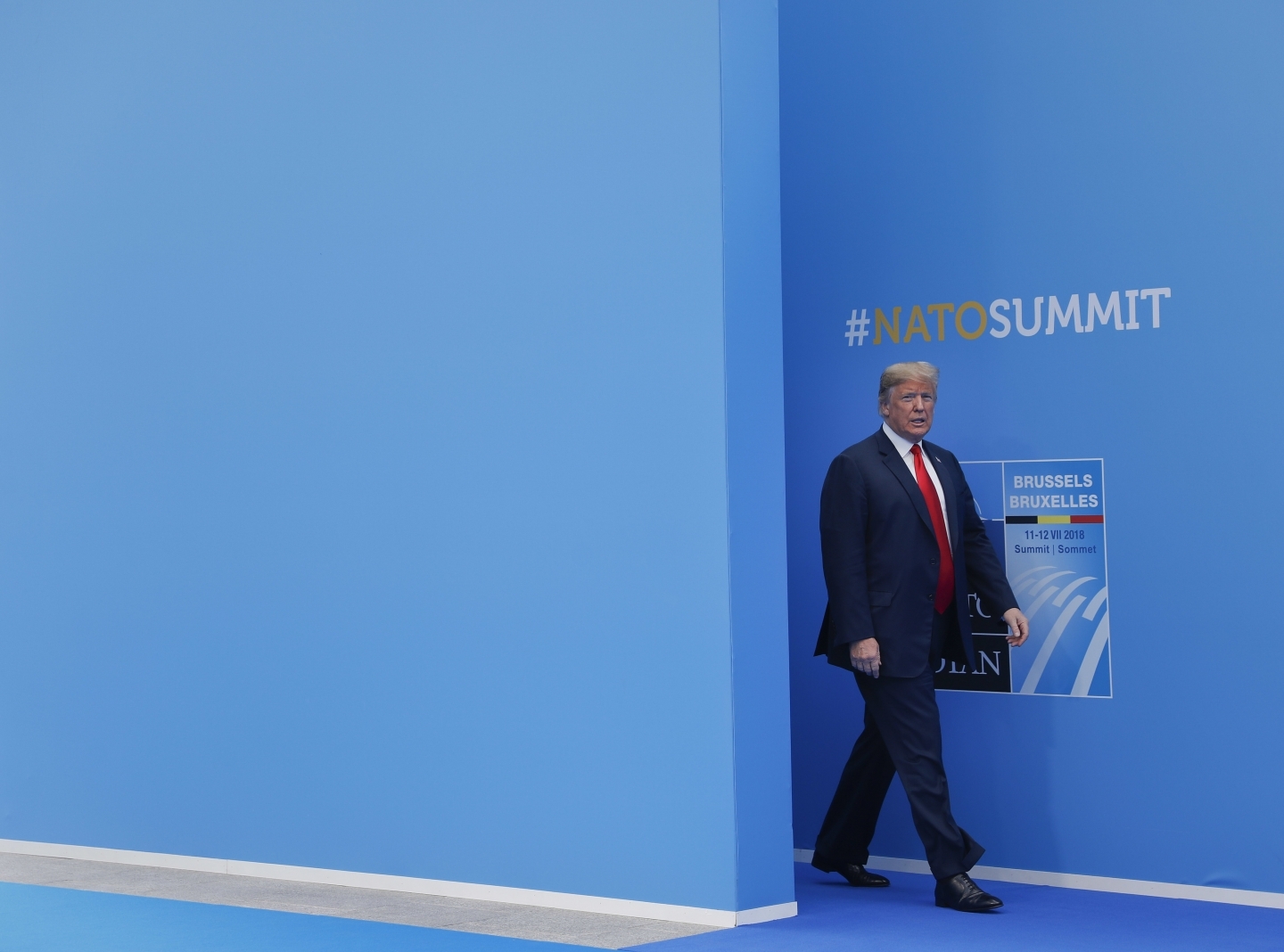 US President Donald Trump just wrapped an astonishing week in the history of American diplomacy. A month after he attacked American economic partners at the Group of Seven meeting in Canada, he did the same with the United States’ security partners of the North Atlantic Treaty Organization (NATO). Trump then topped this off with a disturbingly obsequious press conference with Russian President Vladimir Putin.

The critical backlash to Trump’s performance has been remarkably swift, deep and wide. Not only were America’s European allies aghast at the one-two punch of denigrating NATO while praising Putin personally, but American conservatives criticized the president. Members of Trump’s own administration admitted that Russia did indeed hack the 2016 US election, which Trump refused to press Putin on, while Republican senators — and even Fox News, a reliably Trumpist media outlet — criticized the president.

Does Trump Actually Mean What He Says about NATO?

Trump’s incessant attacks on NATO, dating back to his presidential candidacy, have raised a debate on the utility and purpose of the alliance. The level of criticism is reminiscent of that seen at the end of the Cold War. It could, in fact, be a useful debate.

NATO was intended to push back on the Soviet east bloc, which, of course, is long gone. NATO continues to admit members for no obvious security reason, and its involvement in “out-of-area” operations has been contentious. European members’ capabilities have seriously atrophied; the most capable European members, Britain and France, struggled to provide airpower in the operation to remove Libyan despot Muammar Gaddafi in 2011. It is no longer clear if NATO’s collective security commitment still applies to Turkey, given its authoritarian and Islamist turn under President Recep Tayyip Erdogan. Hungary has similarly backslid on democracy, and the Baltic members are so small and exposed to Russian hybrid warfare that one also wonders if the NATO bloc would risk war with Russia over them. In short, there are a whole host of issues one might debate on NATO’s future and structure.

Unfortunately, Trump is a poor vessel for this valuable debate. He seems to revel in outrageous remarks and biting critique. So, it is not clear to what extent Trump means what he says about NATO (or the European Union, or the North American Free Trade Agreement — the list goes on). Similarly, the Russophilia of his NATO critique is increasingly suspected to be cover for some kind of compromised personal or financial relationship with Putin or Russian oligarchs.

This line of skepticism is plausible. Trump clearly desires, even craves, attention and television coverage more than he does any obvious policy proposal. Nothing brings exposure like his gleeful troublemaking — he’s a ‘‘bull who brings his own china shop with him,” as Winston Churchill once said of John Foster Dulles. Thus, when Trump passes from the scene, his implied threat of actually withdrawing from NATO is likely to fade with him.

NATO’s deep inertia in Western consciousness will put a brake on Trump, as will massive bureaucratic resistance from the transatlantic national security community. It is hard to imagine anyone in a Western military or diplomatic corps who approves of Trump’s behaviour. Publics across the alliance broadly approve of NATO. Trump would be pushing for a serious breach or withdrawal almost alone. 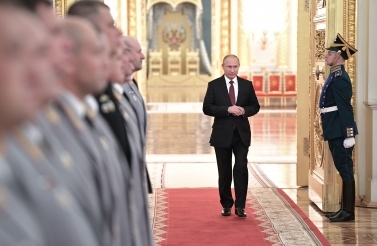 If withdrawal is unlikely, Trump’s criticism may endure, particularly if he is re-elected. And he does seem to have one specific grievance, which he repeats consistently — that European members do not pay enough for their own defence. This complaint is not invalid. US presidents before Trump have pushed Europe on this question. Trump is right to demand that all NATO partners meet the minimum agreed quota of defence spending at two percent of national GDP. It is now well-established that only five of the 29 NATO members actually meet that target: the United States, Greece, Estonia, the United Kingdom and Latvia. And Greece arguably spends that much not on NATO collective defence but to compete with its arch-rival Turkey, who is also a NATO member.

Unfortunately, Trump undercut the integrity of this long-standing American complaint with a bizarre proposal that NATO actually raise that GDP percentage figure to four percent. This would be a gargantuan military build-up, approximating a wartime budget across the bloc. It is not even clear that NATO needs that much combat power — Russia’s GDP is only a twenty-fifth of the size of the United States’ and the European Union’s combined GDP, and massive hard power capabilities are not ideal tool in the Middle East and North Africa where state failure and societal breakdown the major problems, not powerful conventional militaries. Again, it’s possible that Trump just threw out the figure of four percent to move the goalposts; he might be looking for a fight with NATO regardless.

Trump’s other criticism — that other NATO members owe the United States for ripping it off on military spending — is similarly controversial. NATO does not operate like the International Monetary Fund. There is no pooled military budget, only a small joint administrative budget to which all members contribute and in which European contributions are “missing.” Rather, each member sets its own spending targets, although they are obliged to meet the two-percent threshold. Trump’s claim about Europe is undercut by the fact that he does not fully grasp how NATO operates. 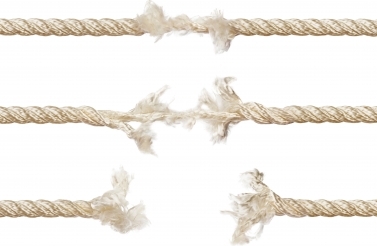 For all of Trump’s bluster and incoherence, the issue that he raises about NATO’s future — in particular its financing — is a timely one. Moving beyond Trump’s various outrages, three major issues stand out for the future — funding, capabilities and missions.

Funding: Trump is correct, as were previous US presidents and defence secretaries; NATO’s funding is a major issue, a concern long ago identified by American analysts pre-Trump. Some of the current backlash on this point is almost certainly anti-Trump anxiety. Former Secretary of Defense Robert Gates, for example, called out European members in very tough language, talking of a “dwindling appetite and patience in the U.S. Congress — and in the American body politic writ large — to expend increasingly precious funds on behalf of nations that are apparently unwilling to devote the necessary resources or make the necessary changes to be serious and capable partners in their own defense.” Trump is a reflection of those words.

NATO states have finally begun to respond, and all have committed to meeting the two percent threshold by 2024. Naturally, Trump responded that it must happen next year, which is extremely unlikely. But the fundamental problem of slacking European willingness to invest in defence will remain. If Trump’s threats and bullying accelerate a European turn to seriousness, he may well be credited, bizarrely enough, with finally resolving this issue.

Capabilities: It is now widely recognized that the two percent rule is a mediocre tool at best for encouraging better collective action among NATO members. But, the rule is retained nonetheless for its simplicity and transparency. Of course, the money matters less than the capabilities it purchases. A member could simply hit the two percent threshold by giving everyone in its ministry of defence a raise. Defence spending ultimately needs to fund usable, deployable forces. There is no particular reason why two percent would accurately reflect the national security needs of member states. It is simply an arbitrary number.

Its arbitrariness ultimately touches on NATO’s post-Cold War role, which is, surprisingly after almost 30 years, still rather poorly defined. Only when its members have a more consensual sense of what NATO’s current purpose is, can states select which capabilities to buy. Four broad possibilities come to mind, each generating different force structure requirements:

Missions: The debate over financing for mission capabilities ultimately leads to a debate over mission sets. What should NATO’s role be? This debate is massive, but two first principles, driven by the geography of where deployments will occur, can help frame the ultimate discussion of how much to spend and what to buy.

First, the heart of NATO is the collective security guarantee embodied in article 5 of the founding Washington Treaty. This has been the alliance’s core function for 70 years, but there is growing suspicion that it may not fully apply to all members. Trump himself, naturally, casts doubt on whether the United States will comply.

But there are longer-term political questions for some of the easternmost members. Turkey’s political turn under Erdogan has alienated it from much of the organization, and in this era of the war on terrorism and Islamic-Western tension, it is unlikely that much of NATO would fight for Erdogan’s Turkey, barring an egregious assault of some kind. Similarly, the Baltics are very exposed to Russian meddling and hybrid operations as have occurred in Ukraine. It is not politically clear if Western publics are ready to risk a major confrontation with Russia over these small, vulnerable states. For similar reasons, the one-time thinking to invite in Georgia and Ukraine to the group was fraught. The risk of conflict with Russia is high.

At minimum, NATO should probably not absorb new members for a while — at least until the political questioning of its commitment credibility to members is resolved.

The second principle to consider is the geographical expansion of NATO into “out-of-area” operations. NATO has only once evoked article 5, after the terrorist strikes on the United States on September 11, 2001. That pulled NATO very far afield — to Afghanistan and Northern Africa. Many NATO states have been reluctant to participate. European publics have disliked the Afghan deployments in particular, while US commanders there have complained about the International Security Assistance Force’s complicated rules and opt-outs.

Out-of-area operations require high spending for small forces. Lift capacity and logistics demand expensive air and maritime platforms – transport aircraft, maritime support vessels, even aircraft carriers. Most NATO states have small navies and air forces, and they rely on the costly US global reach. Even Britain and France were ultimately unable to maintain the anti-Gaddafi air campaign without US assistance.

A serious out-of-area capability would demand defence spending exceeding two percent from many NATO militaries, such as Germany, Poland or Greece, which are primarily postured around homeland defence. Such investment would be controversial, and the huge costs of overlapping capabilities would, in turn, raise economizing pressure to develop a joint European military force — yet another enormous political controversy.

Hence, it is likely wise to forestall another major overseas operation until there is greater political consensus on both this question and the spending for capabilities necessary to sustain it.

Trump is unlikely to dissolve NATO. The alliance is popular with Western publics and has stood the test of time. Trump himself is a bomb-thrower, but with poor follow-through. He enjoys controversy but is unlikely to take on the massive bureaucratic and political blowback he would face in trying to withdraw or reconfigure NATO.

Instead, the real issues for NATO in the future are, first, resolving the long-running two-percent debate. This is much overdue. Then should come the debate over which missions NATO should pursue, hand in hand with which capabilities to develop.

There is no consensus on these questions — lingering after two decades of stalemate in the war on terror — but firming up the article 5 commitment to current members, while scaling back politically controversial out-of-area operations, would be moves in the right direction. 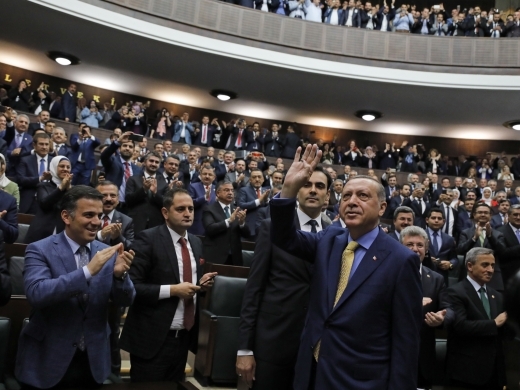 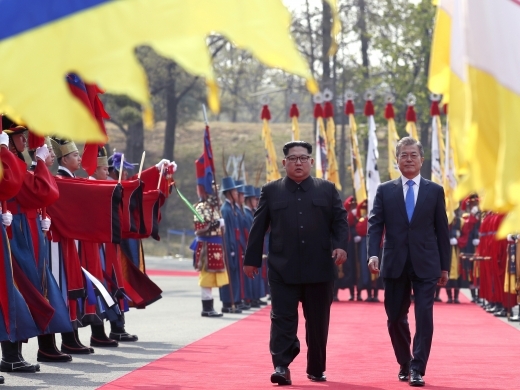