At the Atlantic Alliance’s recent summit in Brussels, climate change was front and centre on the agenda. Canada could lead the way by building and hosting a NATO Centre of Excellence, devoted to battling climate change.

Canada has stepped up to offer to establish and host a NATO Centre of Excellence (COE) on the theme, highlighting the new importance that both NATO and the Canadian government lend this issue.

These facilities provide training and research on specific topics for the 30 alliance members, concentrating expertise in one place to avoid duplication, and coordinating specialized knowledge efforts. Given that rapid environmental change in the Arctic is already very obvious, and the clear federal commitment to act on climate change, this would be an appropriate contribution by Canada.

It would also be a first, as this country currently does not host a COE — nor has it ever. If NATO is truly to become that “leading international organization” with respect to climate security, with Canada in the vanguard, then the Canadian government will need to move quickly.

Clearly, more research and training related to climate are needed. This training will need to fit into the larger evolving structure of the alliance and its mission to scale up and prepare for novel situations. Via NATO, Canada now has an opportunity to lead internationally on climate — and, in the process, rapidly expand the country’s own expertise in this area.

But the path forward isn’t simple. Complex challenges abound, both in determining how the changing climate will affect NATO members, and in what training, equipment choices and preparations are required to contend with and adapt to what will be, increasingly, a climate-disrupted future. Moreover, just as NATO is more than just a military alliance, these decisions are also, obviously, much more than just a matter of military preparation.

Complex challenges lie ahead — both in determining how the changing climate will affect NATO members, and in what training, equipment and preparations are required to contend with what will be, increasingly, a climate-disrupted future.

Climate change is already stressing many countries, with rising sea levels, floods, hurricanes, droughts and increasingly unpredictable weather that make agriculture, and hence food supplies, vulnerable. Human security is clearly at risk. Many states are just now beginning to explore the vulnerabilities in their societies, and in their critical infrastructure.

What is not so clear is how and where climate and security fit within the traditional military tasks and commitments of the alliance. While there have been repeated alarms raised about how climate change is affecting fragile states in Africa and Asia, and concerns that this may increasingly involve military and humanitarian interventions by either NATO or UN missions, it is also quite clear that climate change stresses some states, particularly those with poor governance and development records, more than others. That is why climate adaptation and programs on good governance are key to preventing conflict.

When it comes to the specifically military dimension of this issue, NATO has clearly recognized that very considerable rethinking is needed. Bluntly put, the military is one of the largest institutional users of fossil fuels in modern societies. As such, the defence sector is a major contributor to greenhouse gas emissions.

Contemporary combat operations, and the training that prepares the world’s militaries to engage in them, consume huge amounts of fuel. Humvees and Abrams tanks are notoriously fuel-inefficient. Jet fighters, likewise, burn through enormous amounts of fuel; if you want to fly that fast, you need lots of fuel!

Ironically, as the American military learned the hard way in Iraq and Afghanistan, the long supply lines needed for provisioning militaries in far-flung places are both huge consumers of fuel and a vulnerability.

But that is not the whole story. The US Air Force has long been using solar panels on its hangars, and there is no good reason why vehicle fleets can’t be electrified, as new vehicles are purchased in the years ahead. While reaching net-zero emissions by 2050 will be difficult, as the NATO communiqué suggests, such programs are essential if the worst impacts of climate change are to be avoided in this century.

Greening the military isn’t a new idea. But it has gained high-profile attention among the leaders of NATO countries....Canadian expertise will be stretched to cope.

Greening the military isn’t a new idea. But it has gained high-profile attention among the leaders of NATO countries, and hence, will probably get much more attention. Canadian expertise will be stretched to cope.

But in tackling the issue from a military vantage point, much valuable knowledge can be gained.

This is a new agenda for the alliance, and one that requires urgent attention. The build-out of a COE in Canada can accelerate the innovations needed in this country, to both rapidly reduce the use of fossil fuels and prepare our society, government and military to cope with the disruptions that are surely coming.

The push for a new centre is an opportunity for Canada to press the climate change agenda ahead in a key international institution. Climate change is accelerating, and Canada’s response must address it even more quickly. Are we up to the challenge? 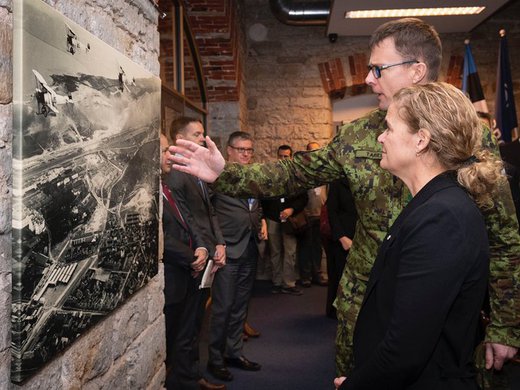 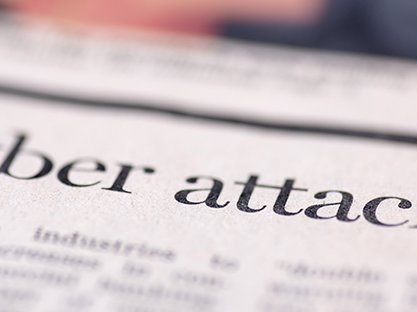 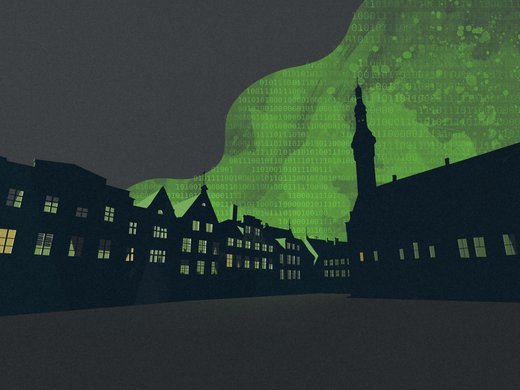 Doing Battle in Cyberspace: How an Attack on Estonia Changed the Rules of the Game