Tucked in the middle of the Government of Canada’s 500-page Budget Implementation Act, 2022, No. 1 — Bill C-19, tabled in Parliament in April — are the first material amendments to Canada’s Competition Act in more than a decade.

The amendments follow through on Minister of Innovation, Science and Industry François-Philippe Champagne’s statement in early February about the “critical role of the Competition Act in promoting dynamic and fair markets” and his embarkation on a careful evaluation of potential improvements.

The proposed changes are indeed meaningful upgrades to the current state of Canada’s competition law, particularly its ability to protect Canadian workers, despite the lack of deliberation common to budget omnibus bills. But, while the amendments place long overdue attention on gaps in Canada’s competition law, a bigger fight lies ahead, should the government also follow through on its announcement that it would engage in a “more substantive” review of the act. If Ottawa wants to create a Competition Act that truly protects Canadians, it will need to reform the area of competition law most valuable to Bay Street: mergers and acquisitions.

Amendments to the act proposed in the budget bill expand the scope of abuse of dominance (conduct by a dominant firm with a predatory, exclusionary or disciplinary effect); clarify the prohibition on drip pricing (the practice of advertising prices that are unattainable due to hidden fees); and expand the types of conduct that private parties can bring in front of the Competition Tribunal, independent of the Competition Bureau.

Beyond these, two proposed amendments that stand out are the expansion of the act’s cartel provisions to include wage-fixing and no-poach agreements, and the reform of the law’s anemic financial penalties.

The wage-fixing change is a response to good work by the Standing Committee on Industry and Technology, in particular, of member of Parliament Nathaniel Erskine-Smith, in the first year of the pandemic. It was prompted by the major grocery companies’ apparently synchronized decisions to reduce “hero pay” for their frontline workers, and the revelation of related communication among their senior executives. This led the Competition Bureau to seek legal advice that confirmed that neither coordination among employers to fix wages nor “no-poach” agreements (agreements not to hire away competitors’ staff) were currently covered under the act.

Workers benefit when employers have to compete for their time and effort, and wage-fixing and no-poach agreements attempt to blunt that competition at workers’ expense. As University of Ottawa professor and CIGI Senior Fellow Jennifer Quaid points out, the language of the amendments leaves a number of technical questions unanswered. Nonetheless, the proposed change is preferable to a status quo in which employers have been free to suppress wages and reduce workers’ mobility, especially as Canadians see their cost of living rise across the board.

Beyond addressing wage fixing, the proposed amendments also increase the penalties the Competition Bureau can request from the Competition Tribunal for violations such as abuse of dominance and deceptive marketing. Currently, penalties are capped at $10 million for a first offence, and $15 million thereafter. The bill proposes a higher ceiling, proportional to the impact of the conduct or the size of the company. Following the reform, firms could be forced to pay three times the value of the benefit gained from the problematic conduct or, if that cannot be reasonably determined, three percent of annual worldwide revenue.

To illustrate the scope of the proposed change, in early 2020 the Bureau reached a CDN$9 million settlement with Meta over its misleading claims to Canadians about their privacy on the company’s Facebook and Messenger platforms. This settlement, although close to the existing cap of $10 million, represented less than one hour of revenue relative to the company’s total 2020 earnings of approximately $110 billion. Under the worldwide revenue method, the potential ceiling for the fine under the amended act would have been closer to $3 billion.

Unfortunately, the proposed amendments also add unnecessary complexity by introducing two tests for determining the ceiling for fines. We should anticipate legal wrangling over terms such as “reasonably determined.”

But these reforms are nevertheless a step toward ensuring penalties under the Competition Act, particularly those levied for deceiving and misleading consumers. They go well beyond what has essentially been the threat of a parking ticket for major firms.

Far more important than fines, though, is the Bureau’s ability to influence the long-term structure of markets, often defensively, in response to anti-competitive mergers. These mergers can fundamentally restructure markets, often permanently eliminating competition, reducing consumer choice and increasing prices.

Canada’s current merger law is uniquely permissive, with a so-called “efficiencies defence” that allows harms to Canadians in exchange for alleged cost savings, savings that often come in the form of job losses. Even when the Bureau successfully challenges a harmful merger, the standard for addressing those harms favours narrow solutions that allow for lost competition rather than restore competition to pre-merger levels. This leads to the pursuance of complex and piecemeal solutions rather than the simple protection of competition by blocking a merger outright.

The ongoing Rogers-Shaw transaction is emblematic of this permissiveness. Although Canadians pay some of the highest rates for wireless service in the world, and the Competition Bureau has filed an application to block the merger, commentary suggests the transaction is likely to proceed with an assumed remedy carving off Shaw’s wireless assets and providing other concessions to support the growth of a buyer. Parliamentarians, including members of the Standing Committee on Industry and Technology and New Democratic Party leader Jagmeet Singh, have correctly diagnosed the potential harms to Canadians and called on the government to prevent the transaction. But Canada’s current merger laws are designed to smooth the rough edges of harmful acquisitions, not to decisively protect competition.

Although no change to Canada’s competition law comes without controversy, any reform intended to protect Canadians’ interests at the expense of monopolies will be fiercely contested by the latter. Despite empirical evidence of the harms caused by a permissive approach to mergers, change will challenge not only the monopolists looking to acquire their competitors, but also the large financial institutions and law firms that help execute these transactions. Reform will also help mitigate the assumption that, as a relatively small population, Canadians have no choice but to bear the costs of concentrated industries. A comprehensive reform of the Competition Act is an opportunity to push back on these outdated ideas, but doing so will test the resolve of parliamentarians to buck corporate interests.

The federal government should be commended for addressing problems that competition advocates, policy makers and our competition enforcer have identified. But the bigger battle will be over areas of the law with the power to shape markets for years to come. Changes of that magnitude will need to be worked out with more democratic oversight than an omnibus budget bill. By ensuring that perspectives beyond Bay Street are considered in a more comprehensive and public review of the Competition Act, the government can make that democratic oversight truly worthwhile.

Evidence at home and abroad suggests the power of firms to extract higher profits is playing a role as Canadians see material increases in the cost of living for the first time in years. Now more than ever, Canadians need a set of laws that protect them from the consequences of monopoly. 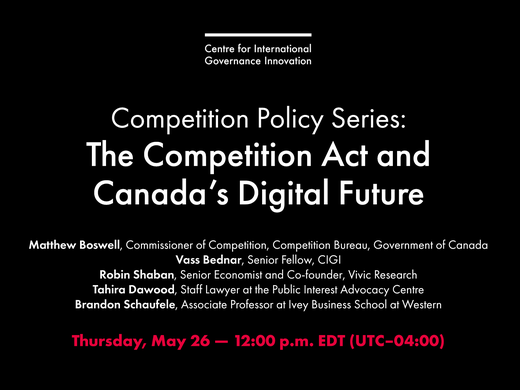 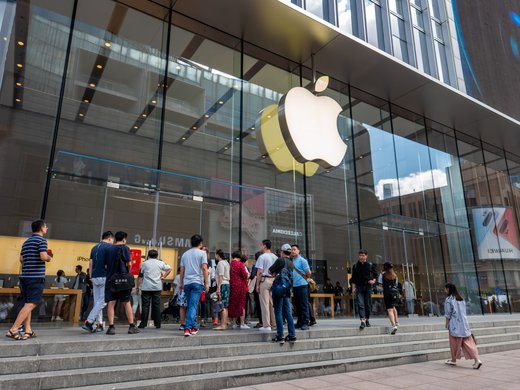 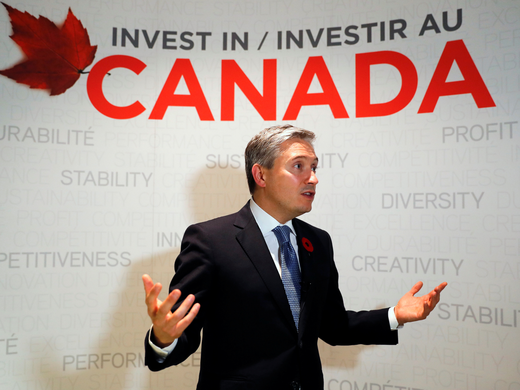