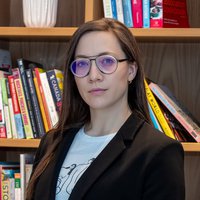 Vass Bednar is a CIGI senior fellow working at the intersection of technology and public policy as the executive director of the Master of Public Policy in Digital Society program at McMaster University, where she is an adjunct professor of political science. She writes a newsletter about start-ups and public policy called “regs to riches” and is a Public Policy Forum Fellow.

Vass is recognized as a creative, data-driven thinker and recently advised Ontario’s minister of labour, training and skills development on the province’s Workforce Recovery Advisory Committee  (2021). She was previously chair of Prime Minister Justin Trudeau’s Expert Panel on Youth Employment (2016–2017). As an interdisciplinary wonk focused on ensuring that we have the regulatory structures we need to embrace the future of work and new ways of living, Vass has further strengthened her collaborative approach to policy making as an Action Canada Fellow (2012–2013) and as a Civic Action DiverseCity Fellow (2015–2016).

As an enthusiastic and perpetual student of the policy-making process, she has held leadership roles at Delphia, Airbnb, Queen’s Park, the City of Toronto and the University of Toronto.

Passionate about public dialogue, she was also the co-host of Detangled, a weekly pop-culture and public policy radio show and podcast that ran from 2016 to 2018. Vass currently contributes to public dialogue as a panellist on CBC’s Sunday Conversation show and on Newstalk 1010’s “Free for All” panel on Thursday mornings.

She is a graduate of McMaster University’s Arts & Science Program (2008) and holds a master of public policy from the University of Toronto (2010).