With the invasion of Ukraine, we are in an extremely dangerous new world.

At a recent event hosted by CIGI, Canada’s minister of public safety, Marco Mendicino, energetically outlined the critical issues with which he is grappling to keep Canadians safe. He spoke about promoting transparency and engaging Canadians on his priority files. Unfortunately, the minister’s agenda for promoting transparency and engagement does not yet include initiating a comprehensive review of Canada’s intelligence system, or committing the government to the release of a national security strategy. Those steps are urgently needed.

The minister thus far is taking an incremental approach, modifying existing strategies by implementing policy and operational recommendations from within the government intelligence community. This is sometimes productive, and usually entails low risk. However, the experience of our near allies demonstrates that effective reforms flow from an integrated strategic vision using an open process to gather reactions and new ideas. An insiders’ process does not promote real transparency or deep engagement. Statements and actions that appear concrete and integrated to insiders can be elusive or even invisible to the public. The best means of moving forward is an open exercise, animated by, but not limited by, government objectives and ideas.

With the 2022 invasion of Ukraine, we are in an extremely dangerous new world. Treaties, the laws of war and human rights have been blown to pieces. Terrorizing civilians and generating global famine are now battle strategies. Rather than world leaders coming together to focus on addressing climate change, we have relentless artillery barrages causing thousands of deaths and creating clouds of burning toxin. Russia claims it was entitled to attack Ukraine. In the east, China ominously asserts the right to determine the future of Taiwan.

World leaders have been diverted from dealing with the global climate emergency to mobilizing arms shipments for Ukraine. The war itself is an environmental as well as a humanitarian disaster.

Well before the current crisis, CIGI was engaged in a comprehensive review of national security policy. In the past year, that project, Reimagining a Canadian National Security Strategy, has resulted in nine thematic papers and an overview special report. CIGI’s study drew on government insiders and Canadian and allied experts. In May 2022, a separate study by faculty and former intelligence community members at the Graduate School of Public and International Affairs at the University of Ottawa reached many of the same conclusions and added other priority items to the potential consultation agenda.

Canada has a recent example of a successful national consultation on national security. The results of the September–December 2016 consultations led by the then minister of national security and emergency preparedness, Ralph Goodale, led to reforms that were embedded in the National Security Act of 2017, balancing new powers for the intelligence agencies and enhancing accountability structures. The reforms gained much of their credibility from the thoroughness of the public process. Yet as important as the results of that process were, the review itself was focused, not comprehensive.

The increasing pressure on Canada’s intelligence community to deliver quality information, accurate assessments, vital warnings and integrated capabilities will be relentless. A proposal for consultation can set wide discussion boundaries, and encourage ideas from across government, the private sector and the concerned public. Many of our allies release a national security strategy, periodically updated, to inform the public on their governments’ perception of the international environment, and the implications. Canada’s one and only such review was in 2004, with a principal focus on terrorism and cybersecurity threats.

Five priority reforms need to be part of a government-led process for upgrading our capacities and coordination.

First, Canada needs a new national security strategy to describe the Canadian assessment of the national and international security environment, set out the resulting priorities for Canada’s intelligence and security agencies, and inform and rally the public.

Second, Canada’s intelligence machinery at the cabinet and senior public service level needs to be modernized with, among other coordination steps, the addition of a National Security Council chaired by the prime minister.

Third, the position of national security and intelligence advisor (NSIA) to the prime minister needs to be reinforced with a legislated mandate so that the NSIA has the tools to promote integration, coordination and information sharing across the community.

Fourth, Canada needs a full review of its intelligence and security legislation. Some of the updating was done in the Goodale reforms, but most of the Canadian Security Intelligence Service Act of 1985, for example, stands as it was written nearly three decades ago. The security environment has changed; technology has changed; and the impact of hostile foreign activity on government, the private sector and the private lives of Canadians is infinitely more harmful.

Canada’s economic and social policy objectives must now be pursued at a time of global crisis. Canadians will have more confidence in federal domestic and international commitments if they understand them fully. It is time for the government to lead with true transparency and genuine engagement. 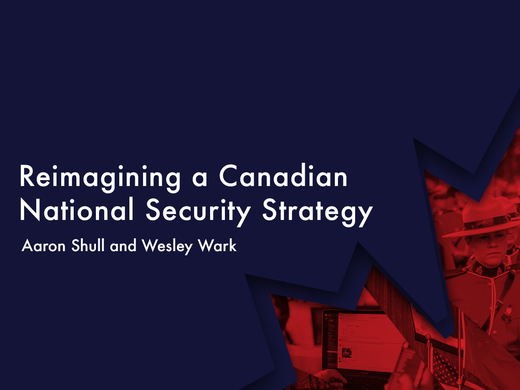 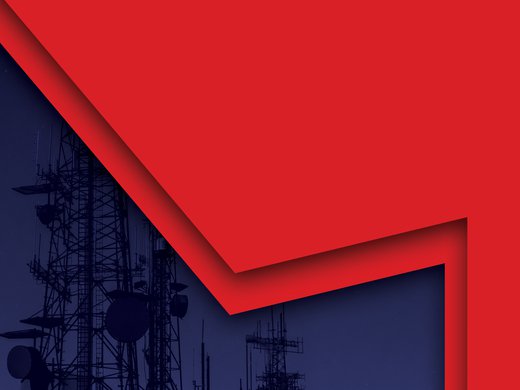 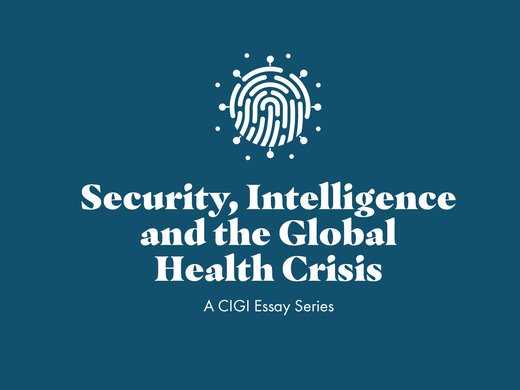