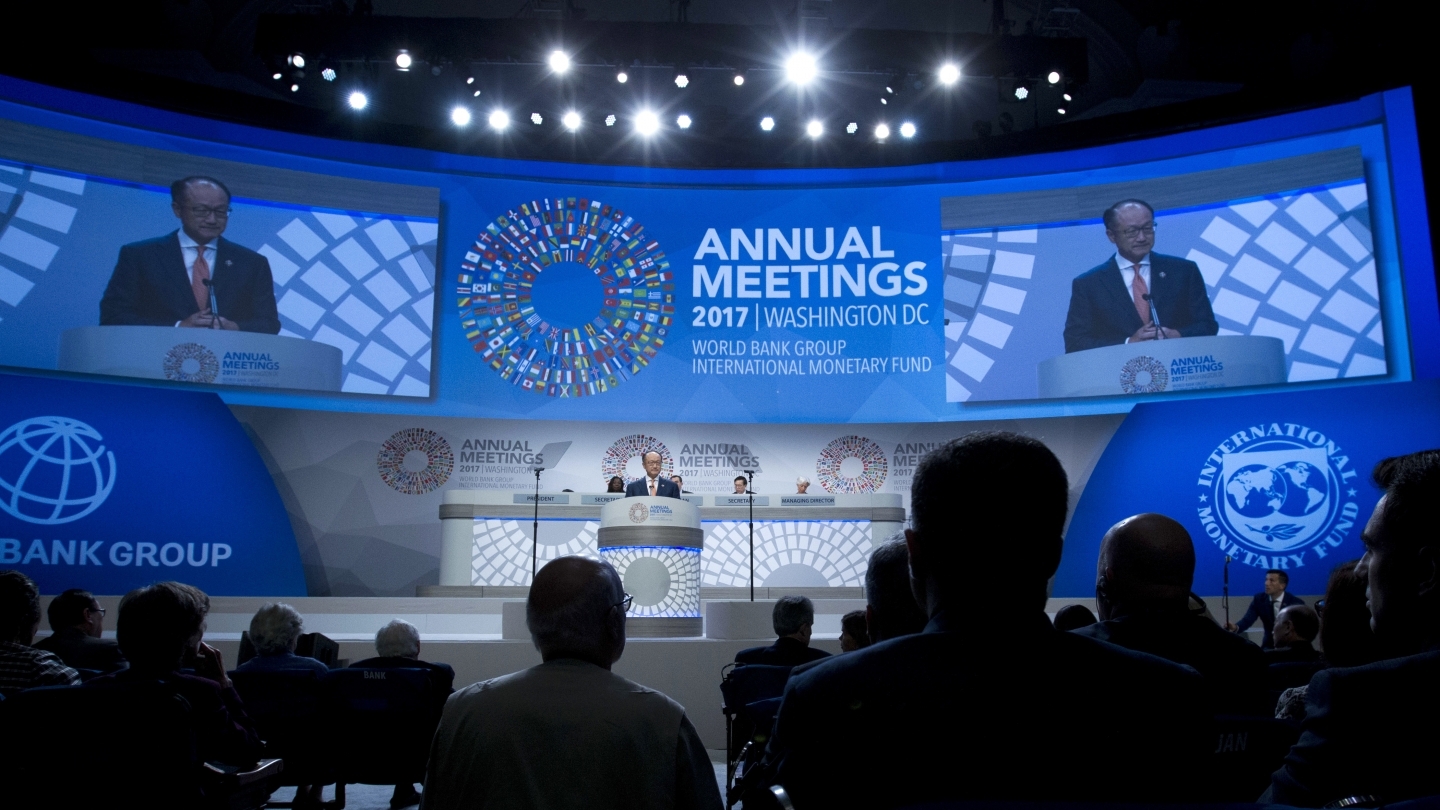 As Chrystia Freeland, Canada’s minister of global affairs, collected her various awards for outstanding diplomacy in 2018, she insisted that the multilateral system of commerce, law and human rights had a future, even if the United States no longer wanted to champion it.

“My country, Canada, believes in these values,” Freeland said in New York in June when Foreign Policy named her Diplomat of the Year. “We are ready to defend them and the rules-based international order that unites all of the world’s cities on the hill,” she added, alluding to former US president Ronald Reagan’s characterization of his country in his 1989 farewell address.

Freeland returned to the idea in December, emphasizing that many smaller beacons could cast as much light as the single large one that Reagan described. “We do not want to live in a world where two or three great powers carve up the spoils for themselves, leaving the rest no choice but to choose sides and be satisfied with the scraps,” she said in Berlin, while accepting the Eric M. Warburg Award for transatlantic diplomacy from Atlantik-Brücke, a non-profit association dedicated to US-German relations.

Canada’s commitment to Freeland’s vision is being tested sooner than expected.

Jim Yong Kim’s surprise resignation as president of the World Bank is effective February 1; if Prime Minister Justin Trudeau’s government is true to its foreign minister’s words, it will use the time to help find a qualified non-American to lead the institution for the first time in its 75-year history. In her New York speech, Freeland called on the US to resist the temptation to confront its rivals “mano-a-mano,” and to instead “reform and renew the rules-based international order that we have built together.” Kim’s decision to end his term early provides an opportunity to reform a process that assures an American always leads an institution that represents 188 other countries, which would renew faith in the postwar order that Canada and others have vowed to defend. 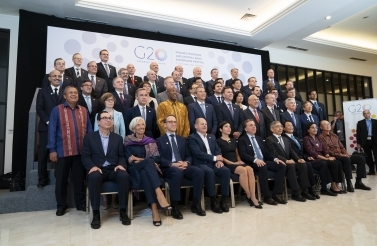 “It’s time to open the way for others to lead these institutions,” Michael Horgan, the former Canadian deputy minister of finance who also served on the executive board of the International Monetary Fund (IMF), said in an interview. Previous leaders have been “pretty good,” but “you do wonder why these things are geographically limited,” added Horgan, who now is a senior adviser in the Ottawa office of law firm Bennett Jones.

Kim was nominated to lead the World Bank by former US president Barack Obama in 2012, and from that moment there was little doubt that he would get the job.

With the United States being the World Bank’s largest shareholder, the American representative on the board has just enough clout to veto important decisions, including the selection of the person who will be in charge. Starting with Eugene Meyer, the Wall Street investor who became the World Bank’s first president in 1946, all 12 of the institution’s leaders have been American men, and — with the exception of Kim, whose family emigrated to Iowa from South Korea when he was five years old — all of them have been white.

Today, the institution does most of its work in Asia and Africa, yet US administrations, Democratic and Republican alike, have refused to loosen the White House’s grip on the position, even as the contribution of emerging markets to global GDP increased to about 40 percent in 2016, from about 25 percent in 1980.

“If the US decision to replace Mr. Kim is based on looking to future markets, they would choose a leader from an emerging economy. But they won’t,” said Alisha Clancy, who advised former Canadian Minister of International Cooperation Beverley Oda and is a program manager at the Vancouver-based Asia Pacific Foundation of Canada.

In 2009, the leaders of the Group of Twenty economic powers said they agreed “that the heads and senior leadership of all international [financial] institutions should be appointed through an open, transparent and merit-based selection process.”

Two years later, the Obama administration backed Europe’s candidate to lead the IMF, preserving the postwar convention that a European always will run the IMF, and an American will head the World Bank.

Christine Lagarde, then the French finance minister, was popular, and she would go on to distinguish herself as the first woman to lead the Fund. But it was less than obvious at the time that she was the best candidate. The other nominee, Augustín Carstens, a former senior IMF official who was running Mexico’s central bank, had the better resumé. The only knock against him was that he wasn’t European.

Kim was handed the World Bank under similar circumstances. He was known in the development community as one of the founders of Partners In Health, a non-profit organization that builds hospitals and trains health workers in remote corners of the world, and at the time of his nomination, was president of Dartmouth College. Still, Kim had no experience in economics, finance, or politics, making him less qualified than the other nominees: Ngozi Okonjo-Iweala, the former second-in-command at the World Bank who was Nigeria’s finance minister, and José Antonio Ocampo, the former Colombian finance minister who was regarded as one of the world’s leading development experts. Ocampo eventually dropped out of the race, complaining that the selection process was putting politics ahead of merit. A few dozen former World Bank officials signed an open letter stating that Okonjo-Iweala was the superior candidate.

Unlike Lagarde, whose stature has grown as IMF leader, Kim has received mixed reviews during his six-year tenure. In 2013, he convinced the World Bank’s member countries to set a goal of ending extreme poverty by 2030, and last year he secured a US$13 billion capital increase. Yet, the institution’s staff association called for an international search for a replacement in 2016, citing a “crisis of leadership.” Justin Sandefur, a senior fellow at the Washington-based Center for Global Development, found that lending growth and project evaluations were relatively weak under Kim, although he acknowledged that the relatively poor performance could have been influenced by factors beyond the president’s control.

“If the United States wants people to treat Jim Kim’s presumptive re-election as legitimate, it needs to lay out the case for him on merit,” Sandefur wrote in 2016.

That didn’t happen. Instead, Kim’s reappointment was presented as a fait accompli in the twilight of the Obama administration and was justified by some as necessary in order to deny Trump a chance at appointing one of his nationalist followers to the position. 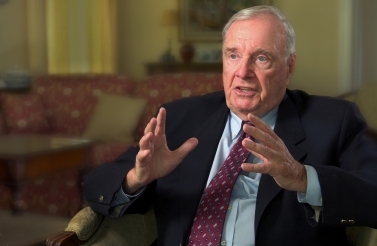 So much for that. The Financial Times reported on January 11 that possible nominees “floating around” Washington include David Malpass, the top international official at the US Treasury Department; Nikki Haley, the former governor of South Carolina who served as Trump’s first ambassador to the United Nations; Mark Green, who leads the US Agency for International Development; and Ivanka Trump, the president’s daughter and adviser, who worked with Kim to set up a US$100 million fund for women entrepreneurs in poor countries. (The White House said on January 14 that Ivanka Trump wasn’t a candidate, but was helping with the search for one.)

None of those names rivals those on a list of plausible non-American candidates, which could include Okonjo-Iweala; Sri Mulyani Indrawati, Indonesia’s finance minister and a former managing director at the World Bank; Kristalina Georgieva, the World Bank’s chief executive officer; and Mark Carney, a champion of the global fight against climate change who is nearing the end of his tenure as governor of the Bank of England.

“If emerging markets and developing countries wish seriously to challenge the convention, they will need to act swiftly to find a strong, credible and globally respected candidate and unite behind that person,” Mark Sobel, a former American representative on the IMF’s executive board and the current US chairman of the Official Monetary and Financial Institutions Forum, a think tank, wrote on January 9.

Such an effort would be strengthened if backed by a Group of Seven power — maybe Canada. Finance Minister Bill Morneau, who is responsible for the Canadian government’s relationship with the IMF and the World Bank, met with his American counterpart after Kim’s announcement, but they didn’t discuss a replacement, according to Matthew Barnes, a spokesman.

“Canada welcomes the World Bank board’s commitment to an open, merit-based and transparent selection process,” Barnes said in an email on January 13. “We look forward to the opening of the nomination period on February 7. Our government has confidence in the World Bank’s processes, and will be following developments closely.”

Trudeau could theoretically nominate a Canadian who might win support as an honest broker between the established powers and the emerging economies. Failing that, Canada’s interests would be best served by lending its support to a candidate put forward by the latter group. Trudeau could deflect any American criticism by saying that he was following Canadian tradition; Morneau’s predecessor, the late Jim Flaherty, backed Mexico’s Carstens to lead the IMF in 2011.

“We’ll have to see who comes forward,” Horgan said when asked whether the Trudeau government should try to disrupt the convention. “We’ve done it before,” he said. “A precedent has been set.” 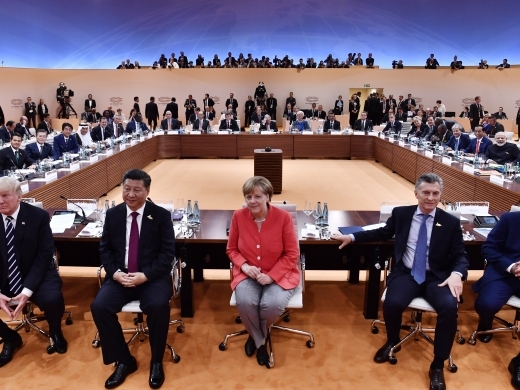 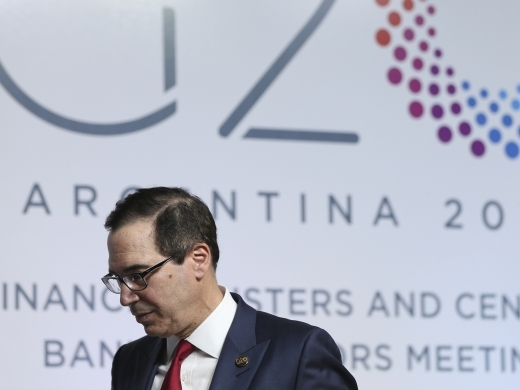