A decade after the first Group of Twenty’s (G20’s) Leaders’ Summit, former Canadian Prime Minister Paul Martin and former US Treasury Secretary Lawrence Summers — the G20’s founders — reflect on how the forum came to be and how it can serve the international community going forward.

In this video, Martin begins with a warning: the pressing issues facing the global community today can only be solved with cooperation. This was the driving idea behind Martin and Summers’ creation of the G20. After experiencing the financial crises of the 1990s, Martin and Summers were convinced that the existing Group of Seven was not enough — there needed to be more voices at the table. They were successful in establishing the G20 finance ministers’ meeting, but it was not until 2008 — when another financial crisis struck — that prime ministers and presidents finally got together for the first G20 Leaders’ Summit.

The G20 was created with a certain mindset: global problems require global solutions. Since the 2008 financial crisis, this sentiment — and, indeed, the institutions underwriting the post-World War II world order — seem to be in question. National populist forces are on the rise, the benefits of trade are not being felt equally and technological advances are leaving people behind. In this climate, what role can the G20 play in making globalization work for everyone?

The United Nations was created in the recognition that countries cannot solve the problems of globalization alone. That globalization is a reality, it is not a choice. That climate change is a reality, it is not a choice. That the need for people to migrate, that poverty in countries, cannot simply be allowed to fester. The United Nations set that, we understood it, and there are those who would now challenge the fact that globalization can be an asset, if we work together. The G20, in my opinion, is an essential tool, because it represents the powers of individual regions, regardless of the state of your economy; what the G20 says is, we are all in this together.

Well, I became finance minister at the end of 1993, so I was a brand-new finance minister with a country that had a very dubious balance sheet, and I was working very hard at it. I had noticed at my first G7 meeting that countries like China and India were not there. Obviously, that stood out in my mind, but I didn’t say anything about it.

And at the second meeting, Mexico, which is not a member of the G7, had a financial crisis, and it affected Canada, because we were side-swiped by it. So, I raised the issue, by saying, This makes no sense, China is not part of this, India is not part of this, and the major regional economies are not part of it – don’t you think we should create a parallel organization? And I got absolutely nowhere. It just was not of any interest to any of the members, and so it dropped.

A couple of years later, the Asian crisis occurred — this was the major Asian countries and a Russian default on its debt and a huge devaluation in Brazil. What the G7 did at that point — and I was one of them — we basically sent off to these Asian countries what we thought was the answer to their problem. And we got a very quick response — basically telling us, Who in heaven’s name did we think we were?

The 1990s saw huge emergence of emerging markets — the transformation of the Chinese economy, a substantial acceleration of growth in India. And there was a sense that the G7 needed to be supplemented by a broader group of stakeholders.

So, I went out with Larry Summers, and I said, Can we drop into your office and talk? And I said, Larry, remember, we have this issue about the G7, it’s a very select group of powerful economies, but it’s not the world. We’re telling the world what to do — don’t you think that really the idea of a G20 the time has come? And Larry agreed instantly.

We sat down in his office with a blank sheet of paper, and we essentially went around, it wasn’t very difficult, to figure out who should the other countries be. You start with the G7, and then what you do is you look for the representative countries in each of these regions of the world. It worked out.

And so, we moved ahead to try to create momentum and to invite others to attend such a meeting, and the response was generally enthusiastic.

We went back to the G7 and said, What do you think about this idea now? And the G7 agreed instantly. I was obviously very pleased, and I don’t kid myself, they agreed a lot faster because the US Treasury Secretary was there, and the G20 was created.

Now, we lost one member, that’s why we are today the G19, and that was simply because Nigeria — which was one of the countries — from Africa — had run into some major structural problems and was not able to participate. And I must say I regret this, because today, there’s still only the 19 countries, and Africa is underrepresented.

When the G20 was created as a parallel organization, it stayed for a long time at the finance ministers’ level. I tried very hard to get it up to the leaders’ level, having had something to do with its founding at the finance ministers’ level. Everybody was onside, except the United States. George Bush himself was reluctant, he went back and forth, he wasn’t against it but he wasn’t for it. I was very sure, as were a number of us, that it would take a crisis to bring it to the leaders’ level, and that’s exactly what happened when the 2008 crisis [hit]. And I congratulate George Bush for it; he said, Okay, let’s bring it up to the leaders’ level.

The G20 was there to be convened, initially by President Bush during his lame-duck period after President Obama had been elected, and then, much more importantly, by Gordon Brown and the British.

When there was a major push towards protectionism, that could have really taken over, which would have led us from a recession into a depression. And the fact is that that London summit prevented protectionism from taking over.

Without the commitment to international cooperation to strengthen financial regulation and avoid future crises, [the] history of that crisis could have been very different. So, the G20 was there as a resource and I think it made a very big difference.

And, as long as we recognize that the purpose of the G20 is to make globalization work for everybody, then what in fact it’s going to do is say that each meeting has got to pick up on what happened before.

The second thing that is required is that we recognize the power that occurs when leaders or ministers meet alone in a closed room — without, you'll forgive me for saying, without cameras, without all kinds of journalists essentially watching every eyebrow twitch — because it is only when you can look each other in the eye and say this is what we're going to do, that in fact you’re going to arrive at the kind of solutions to these problems that have to happen.

When I’m asked about what is the ultimate justification for the G20, it is to make globalization work. Now, there are those, and it’s increasing, we’re seeing, when people are saying, Well, globalization can’t work, we’re against globalization.

Well, let me tell you something, globalization is not a government choice. It is a fact of life. As you see jobs disappearing because of artificial intelligence, that’s happening, and it’s not a government choice, and governments around the world have to deal with it. Climate change is about globalization, and no single country, no matter how powerful, is going to be able to deal with climate change alone.

And if there is one other instance in which I would make this point, it is in the support of the great multilateral institutions. You can understand that we as human beings have got to recognize that the borders that divide us have got to be overcome when people need help, and that’s what the G20 is all about. 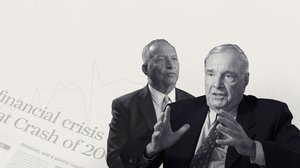 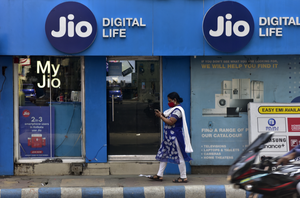 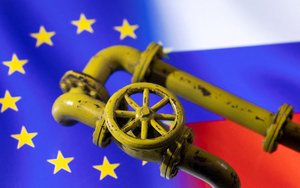