US President Donald Trump holds a news conference on the final day of the 2019 G20 leaders summit in Osaka, Japan. REUTERS/Kevin Lamarque

The world faced its last major global crisis twelve years ago. Out of it emerged the Group of Twenty (G20)—an informal forum for world leaders to address the economic challenges threatening the world economy at that time. Most observers gave the new body high marks for averting a global economic collapse and saw it as an important innovation in global governance. Leaders called it their premier forum for economic cooperation.

Since that time, the bold ambitions of some for the G20 have faded as the forum has proved unable to shift from crisis fighting to managing a forward-thinking agenda. Some commentators saw this failure as inevitable but satisfied themselves with thinking that the forum existed, should the world face another global crisis. The current crisis is many times greater than that of 2008 and 2009. But the response of the G20 to date has been tepid and, unlike in the last crisis, totally inadequate to the challenge. The forces that have contributed to this may doom the future of the G20 and create a vacuum that has destabilizing effects on multilateral cooperation and global governance for years to come.

The G20, so successful twelve years ago, is failing today. In 2008, leaders saw themselves and the world on the brink of the abyss and firmly believed that the only resolution lay in multilateral cooperation because the problem was global: no country was immune from the forces at work. But that is also true in the current crisis, yet it is not leading to the same result. What has changed?

The current crisis is many times greater than that of 2008 and 2009. But the response of the G20 to date has been tepid and, unlike in the last crisis, totally inadequate to the challenge.

The G20 emerged as the principal forum for economic cooperation, replacing the Group of Seven (G7), because the global economy had changed significantly and the role of the G7 countries in that global economy had shrunk. The G7 was no longer able to dictate global policy. China and emerging markets had become so economically important that they had to be involved in global economic decision-making.

At the centre of both groupings and the multilateral institutions that underpinned the global economic order was the United States. Even as its absolute power slowly diminished over the seventy years since the end of World War II, the United States remained the undisputed leader—until recently. It provided much of the intellectual drive to craft the multilateral rules-based system that still governs the world today.

Despite designing a system that was clearly to its perceived advantage, Washington was also benevolent. It used the Federal Reserve to buttress the global system when needed—as it is again doing in the current crisis. In trade, although the United States was and largely still is a closed economy, it was able to offer access to its market to leverage global trade liberalization to the benefit of the global economy. Even on climate change, US President Barack Obama worked with China to leverage a deal at the 2014 G20 Brisbane summit and to move that agenda forward.

But then came the 2016 US presidential election. The country shifted from being the global leader to becoming the biggest impediment to multilateral cooperation. Reneging on its environmental commitments and promoting a disastrous trade policy agenda that entails demolishing a rules-based system in favour of a force-based system are but two of the most prominent examples. Progress on a range of policies within the G20 ground to a halt under the nationalistic policies that put the United States at odds with most of its traditional allies.

Other leaders, fearful of the wrath of President Donald J. Trump and reprisals for any disagreement, chose to shrink their agendas for international cooperation. G20 meetings became largely photo opportunities and a time for addressing side bilateral issues.

Then came the COVID-19 crisis. Surely this was the issue on which the G20 could reestablish its leadership, given that success could only be achieved on a global basis. The G20, however, was paralyzed.

The United States could have turned to the G20 to help define a global response. It turned inward instead. The Trump administration chose to define the issue in terms of them versus us. China was arguably in no position to lead. Saudi Arabia, which chairs the G20 this year, does not have the leadership capacity to address an issue of this magnitude. When G20 leaders finally met virtually, all Trump could say at his press conference a few hours later was to recite the names of the G20 leaders.

In fairness, the G20 finance minister process has led to a commitment to suspend debt service payments from the poorest countries for six months. G20 central banks have responded significantly in containing financial panic. These actions, however, are at best limited against the largest crisis to face the world in almost a hundred years. 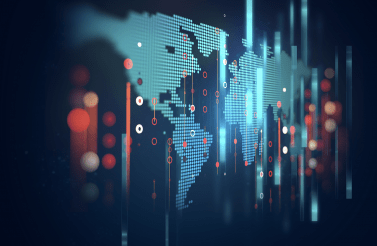 All countries face immense challenges, but emerging markets and developing countries face the greatest of them proportionally because they do not have the health-care systems and fiscal resources of the developed world. The developed world has responded, appropriately, implementing precedent-shattering fiscal and monetary policy responses in their respective countries. To assist the rest of the world, however, they have agreed on only minor tinkering with International Monetary Fund (IMF) programs. The United States has rejected a major issuance of IMF’s special drawing rights—an international reserve asset that can play a role in providing liquidity and supplementing IMF member countries’ official reserves—making the move impossible given that the United States holds a veto. The United States is also moving to cripple the World Health Organization (WHO), on which many of these countries depend, by freezing its contribution.

The G20 could have responded on a number of fronts—many at minimal cost. Maurice Obstfeld and Adam Posen propose a number of policies: expanding international health cooperation; lifting export restrictions on critical medicines, medical supplies, and basic foodstuffs; ending the disruption of supply chains; avoiding use of intellectual property to interfere with fast disbursement of relevant medicines and eventually a vaccine; resisting and managing excessive US dollar appreciation, which is damaging to many countries and ultimately, the United States; and significantly strengthening international financial safety nets. Instead, ritualized pledges are repeated and pious hopes expressed.

The situational risks extend beyond the current crisis for the future of global cooperation and governance. It is not too late for the G20 to respond. Failure to do so could lead to the loss of millions of lives and economic setbacks to living standards around the world. Nationalistic and inward-looking policies will only exacerbate this. Where will the leadership come from?

It is unlikely to come from the United States, certainly not before an election result in November that could change things. China, for all its achievements and potential, is not yet in a position to provide it. The question has arisen as to whether an alliance of Canada, France, Germany, Japan, and other EU members (the Nordic countries in particular) could provide collective leadership. But the history of the last three years suggests that in the face of US hostility (or just as possibly China), 5 countries are unlikely to do so. In any event, what they might do is severely limited. Former Australian Prime Minister Kevin Rudd has suggested that such an alliance of countries, perhaps including others such as Singapore, might at least work together to reform, fund, and politically defend the current multilateral system to the extent possible—for instance, by ensuring WHO funding or buttressing the dispute settlement mechanisms of the World Trade Organization. This would be a holding action for the time being.

A new US presidential administration, if elected in November to take office the following January, could begin to repair some of the damage of the last few years. This would not come overnight, however. The forces of nationalism and a loss of confidence in multilateral institutions have gained a new impetus that will take time to blunt. The COVID-19 crisis plays to these fears. The G20 needs to start thinking now of the agenda for next year if it is to regain lost ground and move forward. If US policy does not change, then the world faces a period of a further unravelling of the multilateral institutions and system that has achieved so much over the last seventy years—a continuing erosion in global growth and living standards and a more dangerous world.

The impotence of the G20 in these circumstances is all too clear. It needs to start thinking today not only of global reforms that will be needed as the world emerges from the current crisis but also how to convince domestic voters that national interests are enhanced, not threatened, by a strong multilateral system. It will also need to consider how to reform itself to reduce the inertia that has come to characterize it over the last ten years.

This article was first published by the Council on Foreign Relations as part of a paper series titled Challenges of Global Governance amid the COVID-19 Pandemic.