The world of e-money is abuzz with talk of dethroning King Dollar.

Bitcoin enthusiasts, who have long dreamt of upending the US dollar-centred international monetary system, are revelling in portentous commentary about the cryptocurrency’s skyrocketing price. Bitcoin’s surge — more than a tenfold rise since mid-March 2020 — may be a bubble, but it is “an early signal of a new world order in which the US and the dollar play a less important role,” Financial Times columnist Rana Foroohar opined in a February 14 article. In another recent op-ed, Morgan Stanley’s Ruchir Sharma asserted that cryptocurrencies such as bitcoin, “operating on peer-to-peer networks ungoverned by any state,” constitute “a new class of contenders” for the dollar’s “coveted ‘reserve currency’ status.”

Boosters of other financial innovations cite China’s rapid advances in developing a digital version of its currency, the renminbi, as a dire threat to the greenback. “The goal…is to replace the U.S. dollar as the de facto global currency,” warned Morgan Beller, a fintech industry executive, in a February 11 essay in The Information, a technology publication. Beller writes that “China is already years, billions of dollars, and (at least) hundreds of engineers ahead of the U.S.” in creating a digitized infrastructure, controlled by its central bank, for making payments and conducting financial transactions — and that Washington had better counter soon with a digital dollar.

But insight can be gleaned from a look at the dollar’s past, which shows that prophecies of its demise have been remarkably frequent — and off target.

How much credence should be accorded to claims that newfangled forms of money endanger the dollar’s international supremacy? Technology is doubtless a disruptive force in the monetary realm, as witnessed by the evolution from gold and silver coins to paper bills, bank cheques, credit cards, online finance and mobile phone payment apps. But insight can be gleaned from a look at the dollar’s past, which shows that prophecies of its demise have been remarkably frequent — and off target. Dollar alarmists like those cited above are only the latest in a long and instructive history.

No less revered an authority than Charles Kindleberger, a Massachusetts Institute of Technology economist, declared in an essay in 1976 that “the dollar is finished as international money.” When Japan’s economy burgeoned, hand-wringing ensued about formation of a “yen bloc,” an example being a 1995 Foreign Affairs article by Yale professor Diane Kunz titled “The Fall of the Dollar Order: The World the United States is Losing.” Two years later, as continental Europe geared up to launch the euro, C. Fred Bergsten, director of the Peterson Institute for International Economics, predicted in a 1997 Foreign Affairs article that “the euro’s rise will convert an international monetary system that has been dominated by the dollar since World War II into a bipolar regime.” In the aftermath of the global financial crisis of 2007–2009, Italian scholar Antonio Mosconi proclaimed the crisis “the last convulsion of the international role of the dollar.”

Nevertheless, the dollar persisted. Its use outside US borders has held steady at first place, well ahead of the second-place euro, and well ahead of the US share of global GDP, by a variety of metrics, including central banks’ holdings of reserves, invoicing in cross-border trade and international debt issuance. One dramatic example: when foreign currencies are traded, it is for the purpose of buying or selling dollars in nearly 90 percent of trades.

The dollar’s global standing merits keen attention, because major consequences would ensue if the US currency were toppled from its perch, both pain-wise and gain-wise. The United States has long enjoyed “exorbitant privilege” from the widespread foreign holding of US Treasury bills and other dollar-denominated securities — and with that advantage diminished, America would no longer be able to obtain cheap capital so readily from abroad to help fund the federal government’s deficit and US consumers’ purchases of imports. On the other hand, a fall in the dollar’s status would probably lower the greenback’s exchange rate against other currencies, benefiting US workers whose jobs are threatened by foreign competition. Many countries would welcome an end to reliance on the dollar-based system, which puts them at the mercy of Washington’s whims.

But lest gloom or glee over the dollar’s downfall get out of hand, a recap of premature obituaries issued in past decades is in order, to help explain why the US currency’s primacy has proven so durable.

The dollar appeared particularly imperilled in the 1970s following the collapse of the monetary system established at the 1944 Bretton Woods conference. Under Bretton Woods, the dollar’s international role had been formalized — countries were obliged to peg their currencies to the greenback, which in turn was linked to gold — but with those rules scrapped and major currencies floating freely, the dollar gyrated and sank on global markets. As inflation eroded the dollar’s value, dismal conclusions were echoed about US monetary leadership, Kindleberger’s being just one. Among the biggest sources of concern was the possibility that Saudi Arabia would shift its newfound oil wealth out of “petrodollars” into other currencies, either for financial or geopolitical reasons. US officials were worried enough to give the Saudis a special, secret arrangement for buying US Treasury securities. 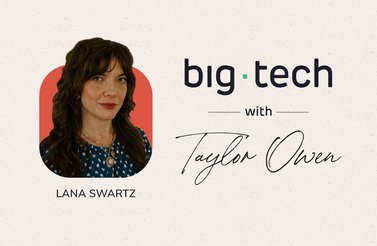 RECOMMENDED
Lana Swartz on the Power of Payment Platforms

But the dollar maintained its global dominance, and the Saudis turned out to have strong financial incentives for keeping the overwhelming bulk of their wealth in dollar-denominated investments. Oil revenue to the tune of $100 million a day was pouring into the Saudi Arabian Monetary Agency (SAMA), the nation’s central bank, whose decision-making process is illuminated in a memoir, Packing for India, by David Mulford, one of a handful of foreigners hired by SAMA in the mid-1970s as an adviser. SAMA’s dilapidated offices typified the desert kingdom’s detachment from modernity — communication with the outside world was limited to a single balky telex machine, according to Mulford (who later became US Treasury undersecretary for international affairs). And Mulford recalled that in addition to the constraints imposed by antiquated technology, SAMA’s investment choices were dictated to a significant extent by liquidity — that is, the ability to buy or sell without causing prices to change significantly.

“In order to buy government securities in other national markets that were very much smaller and less liquid than the U.S. market we first had to buy the national securities required,” Mulford wrote. “This…sounds easier than it was in practice. In most markets outside the U.S. in those days a currency trade of $5–10 million was enough to move markets, so there were practical limitations on the amount of currency diversification that we could achieve.”

The world has changed a lot since then, not least SAMA’s upgrade from telex machines. But the liquidity of US markets has long been a key factor in bolstering the preference of money managers around the world — both in the official and private sectors — to use dollars. Another major factor was the ferocious assault on inflation in the early 1980s by the Federal Reserve, which sanctified one of the dollar’s foundational principles — the independence of America’s central bank.

Consider the events in the years leading up to the global financial crisis, when America’s imports of foreign goods exceeded its exports by previously unimaginable levels, with the US current account deficit surpassing six percent of GDP. Many economists feared that the massive pile of US Treasury bills and other securities accumulated by foreigners would lead eventually to a crash in the dollar. “Sooner or later, the rest of the world will decide that the United States is no longer a safe bet for lending more money,” economist William R. Cline told The Washington Post in 2005. (Full disclosure: The byline on this alarming article was mine.)

But a much different sort of crisis materialized. Money rushed into the dollar — it rose by more than 15 percent against other currencies from April 2008 to March 2009 — even though the crisis epicentre was on Wall Street and the bulk of the misfeasance, nonfeasance and malfeasance stemmed from “made-in-America” problems. Call this confounding, call it downright perverse, but investors desperately sought Treasuries as the safest, most liquid securities available, as panicky markets “seized up” and banks stopped trusting each other amid revelations about shady US mortgage financing practices. In such circumstances, all parties are anxious to ensure that they have enough cash to pay obligations coming due, so liquid assets become prized. European financial institutions, which had speculated in US mortgages, were especially starved for greenbacks — so much so that, to avoid a potentially catastrophic default, the Fed had to ensure they could get emergency dollar loans.

The liquidity of US markets has long been a key factor in bolstering the preference of money managers around the world — both in the official and private sectors — to use dollars.

Coincidentally, just as the global financial crisis was abating, the euro was marking its tenth anniversary, which sparked a fresh burst of conjecture that the common European currency might supplant the dollar. But such hopes were soon dashed as crises engulfed Greece and Ireland in 2010, followed by turmoil in other euro-zone nations. Although European financial markets are sophisticated, and the European Central Bank is highly professional, the crisis laid bare the differences in safety between German government bonds and those of, say, Italy or Spain. As a group of sovereign nations with separate budget and tax policies, the euro zone has no securities that can rival US Treasuries as the world’s main risk-free asset.

China’s spectacular growth over the first decade of the twenty-first century engendered speculation about the dollar yielding its position to the renminbi, especially in 2011 when partisan bickering in Washington over the federal debt limit led to a historic downgrade of the triple-A rating for US Treasuries. But then came a clampdown by Beijing in 2015 on the nation’s turbulent financial markets, putting a damper on happy talk about the Chinese currency. Whereas the euro suffers from lack of a central government, the renminbi suffers from too much government, as Barry Eichengreen of the University of California, Berkeley observed in his 2010 book, Exorbitant Privilege. China’s authoritarian regime is unwilling to allow capital to flow freely across the nation’s borders, and the institutional environment — deficient rule of law, capricious power of the ruling elite — makes international investors skittish about holding too much of their assets in renminbi. It is hard to see why a digital version should make much difference in that regard.

Does the dollar’s repeated defiance of the Cassandras imply that it will continue doing so forever? Of course not, and it would be desirable in many respects for the greenback to become less dominant. For one thing, systemic instability will haunt a world in which a single country’s currency periodically comes under frantic demand, as happened during the global financial crisis and last spring’s COVID-19-related market plunge. But history shows that the dollar, for all its drawbacks, will stay atop the currency heap in the absence of worthy alternatives. Digital monies, especially stateless ones like bitcoin, won’t alter that fundamental fact. 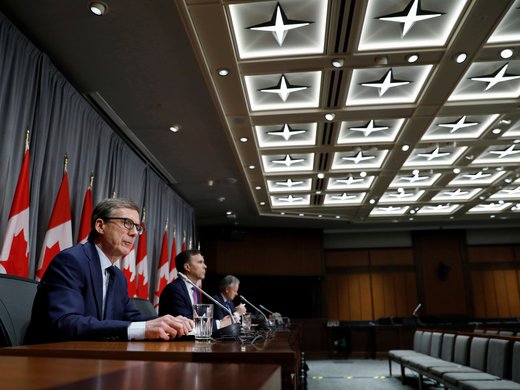 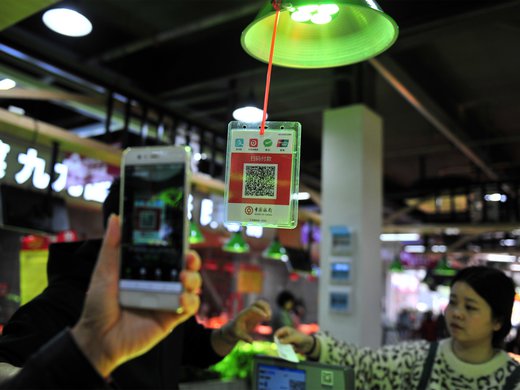 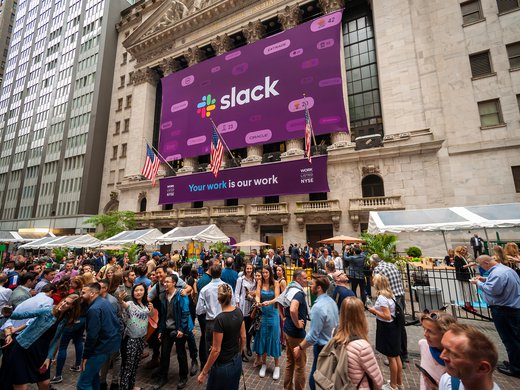