The Dangerous Rift Between Trump and the CIA 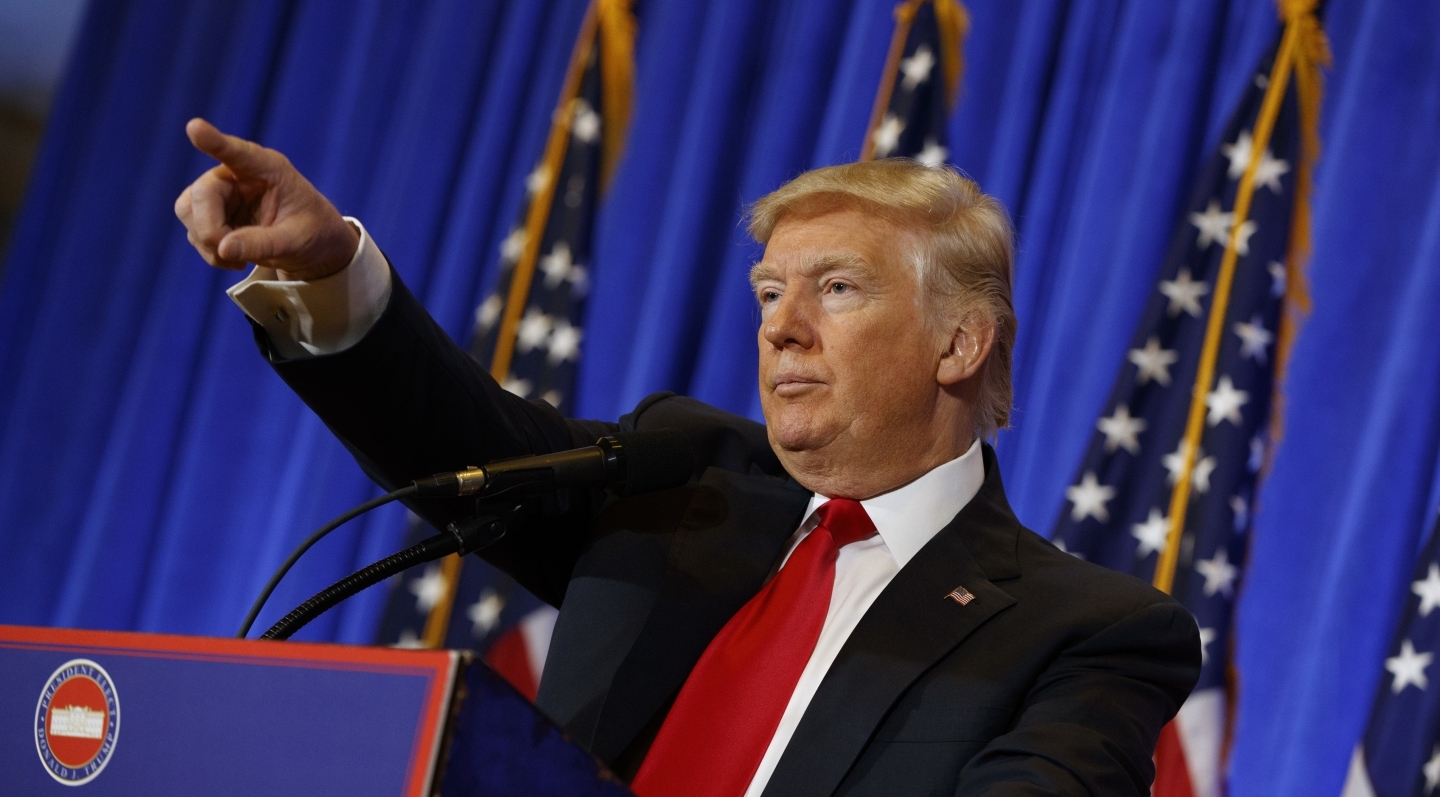 Donald Trump dropped an unexpected bombshell during his first press conference as president-elect. He admitted that “I think it was Russia” who hacked the DNC and Clinton campaign. These assertions may help ameliorate concerns by skeptics who dismissed wholesale the CIA report on Russian interference in the US election.

But we should not be so hasty as to assume Trump now takes the CIA assessment at face value. While Trump might accept Russia’s involvement, he did not say he believed in the CIA assessment’s fundamental bottom line: that Russia’s cyber campaign was ordered by Russian President Vladimir Putin. This key distinction could continue to cause friction between the president-elect and his spy agencies.

The CIA report is long on words but short on details. The report offers considerable analysis of the motives for Russian involvement and its goals for influencing the course of the election. Actors at the highest levels of the Russian government sought to undermine public faith in democracy, hurt Clinton’s electoral chances, and by extension, help now President-elect Trump win the race. However, the detailed evidence proving Putin’s oversight of Russia’s cyberattack(s) is slim.

Such evidence almost certainly exists, and undoubtedly lies in the classified version of the CIA report. All US intelligence analysis is structured through a simple, but compelling storyline that answers what, why, and how an event has unfolded; they also must clearly spell out the “so what” of the event. Any assessment missing these pieces would not make it past the agency’s extensive review process.

The declassified report is clearly missing some of these pieces. We have the “why” (Russian motives) and “so what” of its argument (implications for US and outlook for the future). However, we are given very little evidence proving the “what” of this story — the report’s fundamental assertion that Putin ordered the interference and Russian entities carried out cyber activities based on these orders.

Supporters of the intelligence community will assume that convincing evidence exists but failed to make it past the agency’s classification censors. Advocates of transparency are likely to object to this omission, on grounds it implies the CIA is hiding something or that its case is weak. And, absent this classified reporting, the report does appear to have some serious gaps in logic. The report claims Putin and the Kremlin were pulling all the strings; but just because Russia Today (RT) receives government funds does not necessarily mean it is a perfect puppet of the Russian G-man.

The problem with the report, then, is not that there wasn’t such a scheme (there probably was) or that Russia doesn’t want to undermine liberal democracy (it probably does) or that Putin wasn’t in some way in the loop (we cannot imagine him wanting to be on the outside of this). The problem is that by focusing on the more debatable part of the puzzle and including only the circumstantial pieces of evidence, the report effectively gives the skeptics ammunition to dismiss the fundamental conclusion — Putin’s oversight — out of hand.

It all comes down to a basic question. Do you trust in the integrity of the US intelligence community’s analysis? If you do, then the omissions in the declassified report probably will not bother you. If you don’t, then the shadow of doubt remains. Further adding to the fray (and complicating the intelligence community’s case) are recent allegations about Trump’s ties to Russia and a potential dossier of compromising information on his activities in Russia. We should be careful, however, not to conflate these two revelations.

The reports published by Buzzfeed are not formal intelligence reports. They were collected by a private intelligence firm. While the collector of this information may be credible, we know nothing about the reliability of his original sources. Such scrutiny is sacred in CIA tradecraft, and helps distinguish rumour and gossip from true intelligence. We should maintain a healthy degree of skepticism until the claims are corroborated and verified and remember that the Buzzfeed dossier is a report prepared by a private company, not an assessment sanctioned or prepared by US intelligence agencies.

With a soon-to-be commander-in-chief at odds with his intelligence community, the likely outcome of this sorry tale is Putin and his cronies in the Kremlin will get away scot free. Other democracies should beware this new, emboldened Russia.

Jacqueline Lopour is a research associate with the Centre for International Governance Innovation and an expert on intelligence and national security. She spent 10 years as an analyst at the Central Intelligence Agency, where she wrote over 100 intelligence assessments for senior US policymakers, including two presidential administrations.

This article first appeared in the Toronto Star

It all comes down to a basic question. Do you trust in the integrity of the US intelligence community’s analysis?
The opinions expressed in this article/multimedia are those of the author(s) and do not necessarily reflect the views of CIGI or its Board of Directors.