Amid the fight for multilateralism, did World Bank members back down to avoid conflict with the Trump administration? 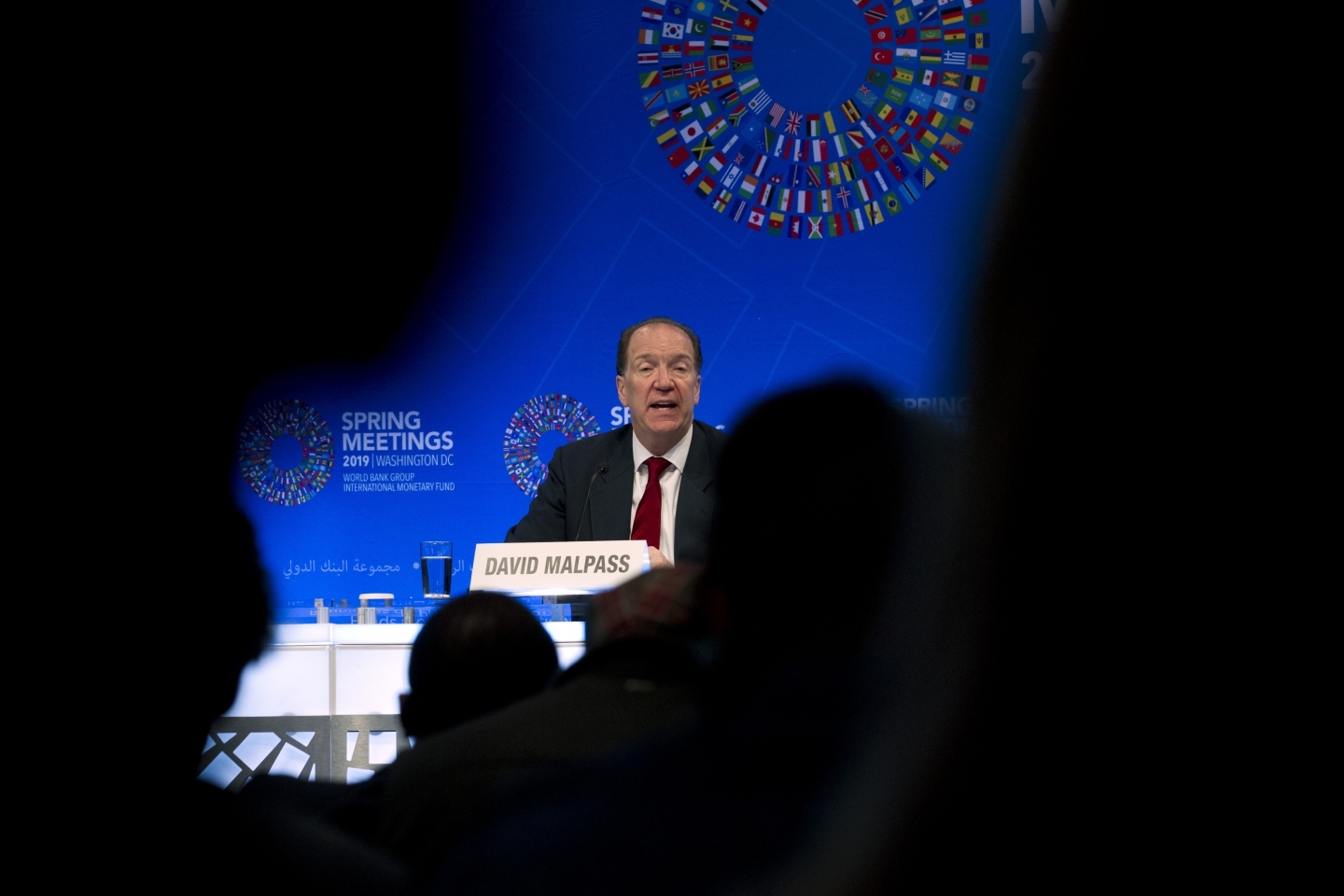 Countries such as Canada fret over the fate of multilateralism. The recent appointment of the new World Bank president, David Malpass, suggests that none of those countries are truly prepared to do anything difficult to secure its future.

Malpass got the job even though he was unqualified and had a history of treating the institution unkindly. Now, Malpass will be a constant reminder of the United States’ dominance of a system of international governance (which the current American president disdains) and the rest of the world's unwillingness to do anything about it.

“He has the most hard-edged biography of any past World Bank president by far, and he was put there by the most anti-international, anti-liberal-order US administration since the Second World War,” Lawrence Summers, Harvard University professor and former US Treasury secretary, said at an event in Washington on April 10, less than a week after US President Donald Trump’s nominee was unanimously selected by the institution’s board of executive directors.

“Before he can do anything else, he has to assure everybody that he’s not going to be a thug in support of all that,” said Summers, who also is a former chief economist at the World Bank. “Until he’s done that, there’s no progress on anything else.”

Malpass, who had been the top international official in the Trump administration’s Treasury Department, was the only nominee. 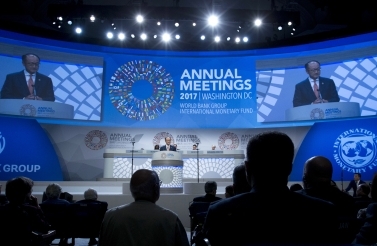 Recommended
A Chance to Challenge US Leadership at the World Bank

He is unqualified for the position, based on the criteria executive directors set out in January after the previous World Bank president, Jim Kim, abruptly resigned. Among other things, they said that candidates should have experience managing large organizations with international exposure and should possess a firm commitment to, and an appreciation for, multilateral cooperation.

Malpass lacks both. He has served in senior roles in Washington and on Wall Street but has never held a top job. In 2017, Malpass told a House subcommittee that “globalism and multilateralism have gone substantially too far, to the point that they are hurting U.S. and global growth.” Eswar Prasad, a professor of trade policy at Cornell University and a senior fellow at the Brookings Institution, argued that if Malpass became president, it would bode ill for the legitimacy of the institution. In a February commentary for The Washington Post, Prasad wrote: “The World Bank is a cherished multilateral institution that needs to change but still has the potential to do much good for the world. It would stand a better chance with a more qualified leader than David Malpass.”

And yet the world’s leading economies got behind him.

Bill Morneau, Canada’s finance minister, said in an interview in Washington on April 10 that he made no effort to round up support for a more qualified candidate — or any other candidate, for that matter.

“I met with David Malpass during his period while he was put forth by the United States before he was appointed,” Morneau said. “He came to Toronto and we sat down. He told me about his agenda, which is a continued focus on countries of greatest challenge. He acknowledged that they would continue to be engaged in looking at climate change issues around the world. He also said that they would continue to be focused on issues around empowering success for women.

“[The government] came forward and said, and I said publicly, that we endorse David as the nominee and obviously we’re part of the decision to appoint him.”

That will disappoint the many fans of Prime Minister Justin Trudeau’s foreign policy. Trudeau used his victory speech on election night four years ago to declare that Canada was “back” as an active player in international affairs. Trudeau doesn’t have a trade minister, he has a minister of international trade diversification — a change meant to emphasize that the government is serious about becoming less dependent on the United States and the whims of its president. Chrystia Freeland, the foreign affairs minister, talks about Canada as a member of a vanguard of countries that could fight for a multilateral system with strong institutions and is working harder to include emerging powers from Asia and Latin America. 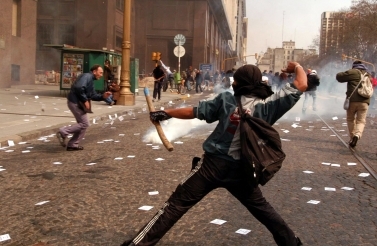 Watch
How Crisis Has Shaped the IMF

The decision to endorse Malpass undermines all of that. Canada looks as beholden as ever to the White House and more worried about Trump’s tariffs on Canadian imports of steel and aluminum than about protecting the credibility of one of the original Bretton Woods institutions.

Acquiescence might have been the right move in terms of pure national interest. The steel tariffs are costing Canada hundreds of millions of dollars, a daily reminder of the kind of short-term damage that Trump is capable of inflicting for no good reason.

Still, the decision shows that there are limits to Trudeau’s high-minded approach to international affairs. If the world is looking for a leader willing to defy the White House, it might have to look elsewhere. Canada is back, but not if it risks provoking an irritable American president.

Freeland said last year that there was no reason that smaller countries should settle for “scraps” after “two or three great powers carve up the spoils for themselves.” Yet Canada just settled for David Malpass, a weak candidate who might have been low even on Trump’s list of potential nominees. The US president recently  The Atlantic magazine that he considered nominating his daughter, Ivanka, to lead the World Bank, but he worried about charges of nepotism.

This is the kind of thinking that determined who would lead the World Bank, an institution owned by 189 countries, representing a vast pool from which excellent candidates could have been drawn. There was no need to settle.

But the United States has always chosen the president, partly because it is the biggest single shareholder, but mostly because of its unofficial deal with Europe, which commands the most combined votes. Washington lets the European powers decide who runs the International Monetary Fund (IMF), and, in turn, Europe stays out of the White House’s way when it comes to the World Bank. The European Union showed no sign of wanting to end that arrangement, and neither did anyone else.

“It seems to me that outcomes matter,” said Morneau. “If the outcome of the process is that we get a continued focus at the World Bank on the issues that are really important to Canada, then that’s a good thing.”

Malpass helped oversee his first Spring Meetings of the IMF and World Bank last week. Bloomberg News observed that he adopted a “more conciliatory tone,” stating no plans to overhaul the way the World Bank operates and offering to work constructively with China.

With expectations so low, it won’t take much for Malpass to exceed them.

The bigger risk is more abstract. The appointment shows the Group of Twenty and other global powers didn’t care enough about the World Bank to risk a fight with the Trump administration. When Kim was nominated in 2012, it was fairly obvious that he would get the job, yet two candidates challenged him anyway. This time, no one could be bothered to create even the appearance of a legitimate process. That’s worse than complacency; it suggests indifference.

“In terms of the process, I think we had a sense that America was going to play an important role in this as they have historically, and had other people come out into the mix, it would have made that a little more complicated,” Morneau said. “I can’t judge what might or might not have happened, but again I think the outcome was a good outcome.”