In Davos, China Steps to the Fore 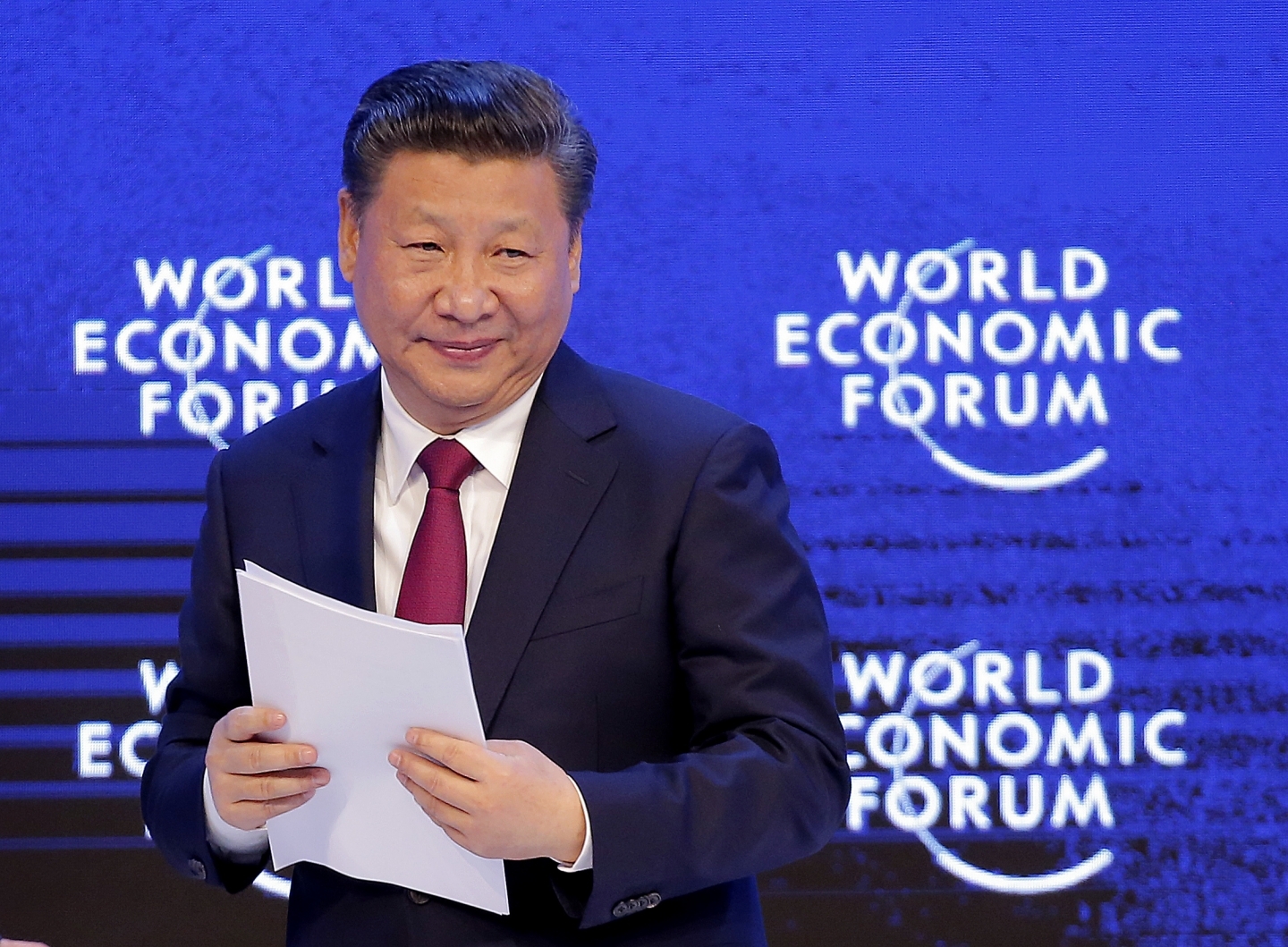 What a difference a decade can make. China went from being lambasted for being an irresponsible stakeholder in the mid-2000s, to now being seen as the linchpin of global economic stability. This reality set in for many as China’s President Xi Jinping took the stage to deliver a staunch defense of economic globalization, and international cooperation on issues that threaten global prosperity and growth.

Contrast these remarks to the outbursts from US President-elect Donald Trump about the unfair advantages built into the global economy’s rules of the game—rules that have paved the way for the US to rise to the top—and we are all left scratching our heads.

If Xi’s opening address to the exclusive club of the economic and political elite in Davos is any indication of what is to come in 2017, China could be the most powerful voice heralding the social and economic benefits of globalization, inviting countries to join free trade pacts that it hosts and organizes, and investing into developing countries to gain market access.

That’s right; China, a developing country with swathes of rudimentary territory and hundreds of millions of people still living in poverty, is presently the most vocal champion of economic globalization. Clearly, we are living in an upside-down world.

In his Davos keynote, President Xi rejected the notion that “outside forces” or economic globalization were to blame for the world’s socioeconomic ills. Likely responding to Trump and the European populist rhetoric that has monopolized headlines for the past several months, Xi took aim at ongoing conflict, geopolitical instability, the rise of terrorism and refugee crises as the root causes of “what has gone wrong with our world.”

Unsaid was a point Chinese officials have made before; that it was sustained American intervention in the Middle East’s political history, most notably in Iraq in 2003, that brought on this regional instability and spillover to chaos we see today. Xi also hinted at previous US follies of “chasing reckless profits” and poor financial market regulations that ushered in the onset of the 2008 global financial crisis. Xi praised G20 initiatives that improve global economic governance of financial flows and banking regulations, but he and other world leaders ought to be rightly worried about Trump’s likelihood of tearing down the Dodd-Frank financial regulations that had put stronger oversight on American banks and investment firms.

It was New York that was the epicenter of the international financial crisis, but its fallout was far more felt in Athens, Madrid and Dublin.

From finance to trade, it appears Trump’s America will no longer play the role of enforcing the liberal rules and norms the country once coveted and benefited from. Instead, it is Xi’s China that is promising to expand the One Belt, One Road (OBOR) initiative to link Asia to Europe and Africa using land, air, and sea. The OBOR is reminiscent of America's own Marshall Plan for Europe: Xi heralded it as an ambitious foreign aid program that will bring investment, economic growth and open trade routes for developing markets. Xi declared that China is open to trade and welcomes the world to take advantage of its market, the largest developing economy in the world, just at a time when the US is expected to raise protectionist barriers and breakdown free trade agreements.

Where the United States once claimed itself to be the center of research and development, technological innovation and intellectual property, Xi noted how China is encouraging domestic consumption and savings, growing its service sector to diversify from manufacturing, and is investing in and promoting green technologies.

Xi rejected the idea that economic globalization brought all ills, pointing to advances made in productivity, technology, and scientific advancements. He did not deny that there will be inequality, since the “world cake” cannot be made bigger, but that countries need to cushion against the negative impact. But, Xi reminded us that the world may be on the cusp of new technological changes, from artificial intelligence to 3D printing and green technologies. Unlike Trump’s doom and gloom rhetoric about the world, Xi shared some much needed optimism and hope that was well-received by the forum in the Swiss ski resort town.

To ward against another 1930s-like depression of beggar-thy-neighbor policies, U.S. presidents have used monetary policy to shore up global trade. To prevent an exodus of capital from already hurting emerging market economies to the United States, Federal Reserve Chair Janet Yellen has been cautious about increasing interest rates; a monetary policy decision that Trump has railed against. Where the U.S. dollar had been the currency used to shore up world trade, the greenback clearly does not have the domestic political backing it once had. Yet it was Xi who promised not to devalue the Chinese renminbi so as to not cause a currency war.

Trump’s America seems more like the irresponsible and bystander state and China appears more like the guarantor and bulwark of global economic stability through a shared vision of increased economic cooperation and commitment to inclusive growth. Perhaps next year the annual World Economic Forum ought to be held at China’s Yabuli Ski Resort instead, confirming that the world is truly upside-down.

Bessma Momani is professor at the Balsillie School of International Affairs and the University of Waterloo and senior fellow at the Centre for International Governance and Innovation and the Brookings Institution.

This article first appeared in Newsweek

Clearly, we are living in an upside-down world.
The opinions expressed in this article/multimedia are those of the author(s) and do not necessarily reflect the views of CIGI or its Board of Directors.