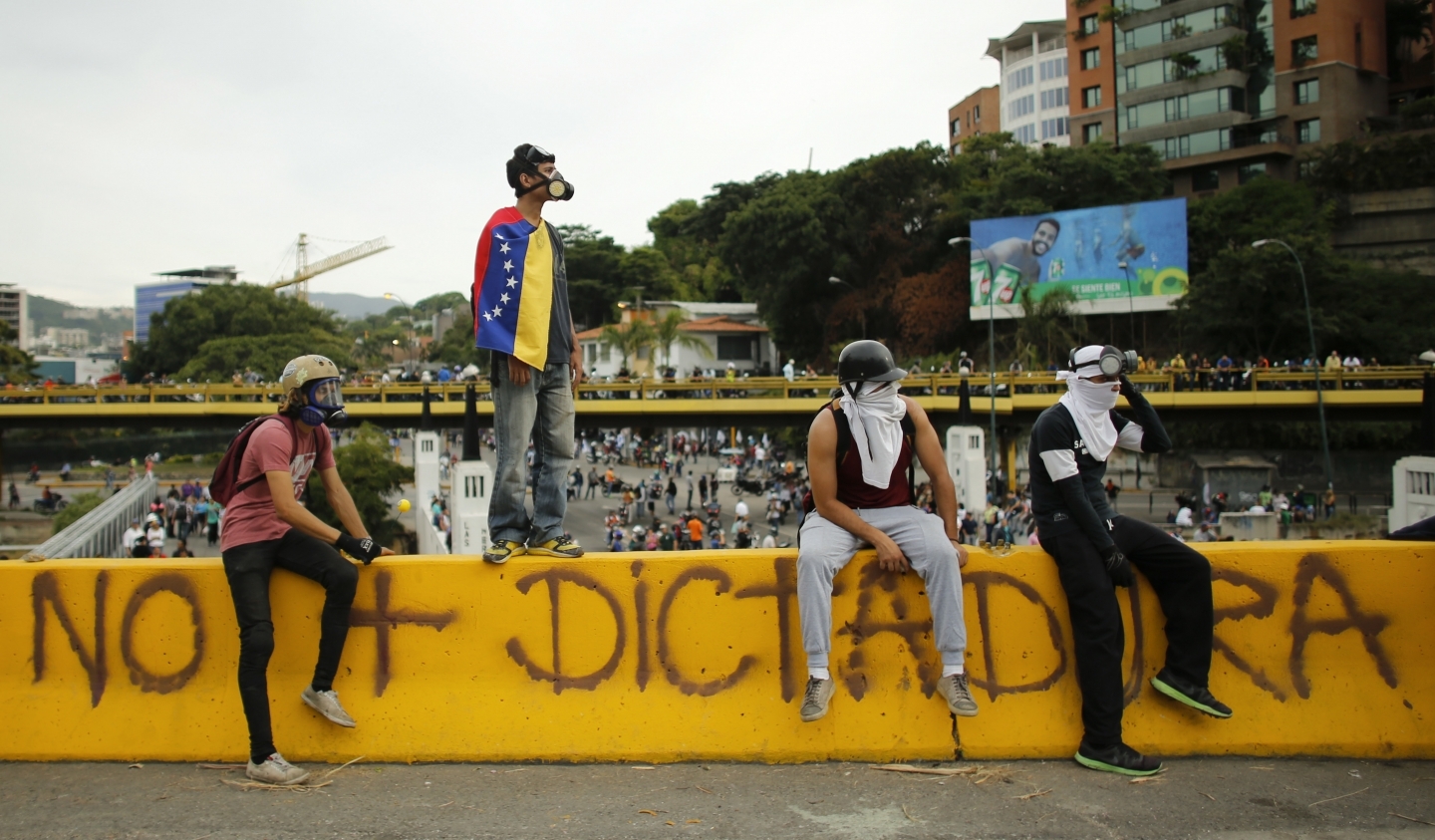 Venezuela is in the final stages of a total financial, economic and social collapse. The ability of the economy to consistently provide the population with basic goods like food or medicine has disappeared. Different branches of the government have come into direct conflict with one another, and the population’s revulsion to this is no better symbolized than by the protesters who now hurl jars of their own excrement at the riot police. People are being killed daily. The end is near.

Venezuela’s finances have been thrown into the fray. While attention to the country’s abusive financing has been building for some time, it moved to the forefront following the Wall Street Journal’s May 28 report that Goldman Sachs’ asset-management arm had just purchased $2.8-billion (U.S.) of state oil company five-year bonds from the government for a price of 31 cents on the dollar. The transaction itself is nothing new, as Venezuela’s financing has been deteriorating in quality and quantity over the last few years. But politically, the transaction makes the debt a political hot potato because it lays bare the long-term costs the government has been incurring to stay in power.

The problem for the government of Nicolas Maduro is that the math is so simple: pre-schooler or economist, college-educated or not, anyone can tell you that taking $31 to pay back $100 in five years is a bad deal. The veil has been lifted.

The immediate consequence of the Goldman bond trade is that it gives momentum to those who seek to politicize Venezuela’s debt. Support is now building for the nascent “hunger bonds” movement that calls for investors around the world to boycott Venezuela’s bonds and for sponsoring organizations to remove Venezuelan bonds from widely used indices such as the J.P. Morgan Emerging Markets Bond Index (EMBI).

A Venezuelan businessman and former owner of Venezuelan bonds, Jorge Botti, started this movement months ago, but it has only really received widespread attention – both at home and around the world – since the Goldman bond trade story broke late May. To be sure, the debate over the morality of Venezuela’s policies started several years ago and has included public sparring between Mr. Maduro and Harvard economics professor Ricardo Hausmann, but that was academic, and this is mass market. Venezuela’s debt is now in play, and there’s no going back.

Here is the problem for Venezuela’s creditors: mass-market politics and sovereign debt restructurings make poor bedfellows. When the population of any country takes a look at the billions of dollars in debt that the country has incurred, the numbers don’t compute. Any debt deal with international investors – no matter how well negotiated – is a hard sell back home.

Maybe last year, if there had been a new reformist government, the officials could have found a way to work with creditors to cut the debt 20 per cent and come home as heroes. But now, with the 31-cent Goldman buy-in price lodged in people’s minds, it will be hard to find a deal that makes anyone happy.

To head off a logjam, a constructive route forward would be for the various stakeholders to try to depoliticize the resolution of Venezuela’s debt. To this end, it would be helpful if neutral parties worked to get the various stakeholders together to talk about a constructive way forward. An initial step could be a series of informal one-on-one meetings between the Venezuelan opposition, creditors, international policy makers and legal experts to discuss options for managing Venezuela’s finances through a political transition.

Maybe a forum could follow. There is indeed no shortage of thorny questions to discuss: should there be a payments standstill, and for how long? Should the debt maturity be extended and coupons reduced, and by how much? Should there be a principal writedown of the debt and, if so, how deep?

Co-operation on these vital questions now could lower the chance of an uglier confrontation down the road.