As big pharma races to develop a vaccine for coronavirus 2019 (COVID-19) with the support of competing global powers and the promise of billions of customers, there are new players in the biotech space also contributing to the pandemic response. Biohackers, or do-it-yourself (DIY) molecular biologists, are researching new forms of COVID-19 diagnostic testing that would eliminate the need for a thermocycler, a piece of laboratory equipment that acts as a “molecular photocopier” and can be hard to acquire in the developing world.

This work is being led by our guest on this week’s Big Tech podcast, Ellen Jorgensen, a molecular biologist and chief scientific officer at Aanika Biosciences. Ellen is an advocate for democratizing biotechnology by enabling more individuals to have access to lab space and equipment. In 2010, she founded the first community-run DYI biotech lab, Genspace, in Brooklyn, New York. Since then she has been at the forefront of this movement, not only in advancing research, but also in educating the public about practices involving genetic engineering that regularly raise controversy.

As described in a recent New Yorker article, “Jorgensen’s team is developing a COVID-19 testing protocol based on loop-mediated isothermal amplification, a low-cost method of replicating a virus’s genetic material, initially developed by researchers in Japan; according to Just One Giant Lab’s Web page, the process ‘can be done in a cup of hot water.’”

Biotechnology — the use of biological processes for industrial and other purposes, especially through genetic manipulation of micro-organisms — is a field experiencing massive growth worldwide. For many decades, advances in biology have been made in large academic or corporate institutions and moderated through research ethics boards and other conventions, with entry to the field restricted by knowledge and financial barriers. Now, through information sharing and new means of accessing lab space and equipment, a whole new community of amateur scientists are entering the molecular biology space. When developed responsibly, as in Jorgensen’s work, this is a positive development. But could this democratization of biotech be abused?

Jorgensen is an advocate for a wide range of biotech — including the controversial gene-editing method known as CRISPR. On the one hand, scientists are excited that CRISPR could help fix problems with our food supply or eradicate mosquitoes carrying malaria. But CRISPR also has serious ethical issues. The most infamous case to date occurred in November 2018, when a Chinese scientist claimed “to have helped make the world’s first genome-edited babies.” His work was widely condemned and has sparked a global debate about the ethics and morality of gene editing. This development did not come as a surprise to those in the biohacking community, who have been concerned about abuse of this science, and have been ahead of governments and the broader public in calls for guardrails.

The development of biotech could learn from the technologies developed in Silicon Valley over the past few decades. Much as with biotech, those developing digital technologies such as social media platforms tended to prioritize and focus on their democratizing potential and societal benefits over potential harms. They pushed for an unregulated space, where they could grow and scale without oversight from the state. As a result, the digital economy is largely unregulated, and we are now living with the costs. Now, as then, the development of new technologies — in this case, in molecular biology — is outpacing the ability of governments to regulate. They just can’t keep up. From a policy perspective, how can we make sure that these new technologies are being developed responsibly?

As with internet governance, jurisdictions’ approaches to regulating biotech vary considerably, with some governments, such as the European Union and Africa, being more restrictive than others, such as China. However, concerns about fragmented governance surrounding genetic modification are different and more visceral than concerns about, say, platform governance, because biotechnology’s raw material is a global interconnected web of life. A biological modification can have unintended, even disastrous, impacts worldwide.

For example, says Jorgensen, “What I’m concerned with is things like gene drives, which is a variety of CRISPR gene editing that’s self-perpetuating.…So, 100 percent of the offspring, where one of the parents has this gene drive, all have the gene drive. So, it can spread through a population, particularly one with a short lifespan, like mosquitoes, within a very short period of time. And here, for the first time, we have the ability to potentially wipe out a species.”

With so much at stake, as Jorgensen says, we have an “inherent motivation to regulate.” As with the challenge of regulating big tech or artificial intelligence, nation-states will need to both govern biotech domestically and put aside their national interests and differences to develop global standards, in order to avoid a race to the bottom of biotech development and use.

As technologies such as CRISPR take off, and even become democratized in their availability and use, we would be wise to not repeat the mistakes of past tech deployments, and to regulate from the start. 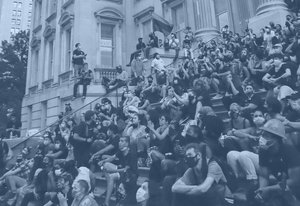 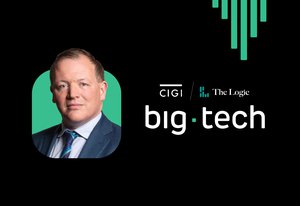 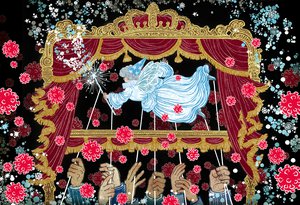