Five Reasons Why We Shouldn’t Write Off the G20 Summit 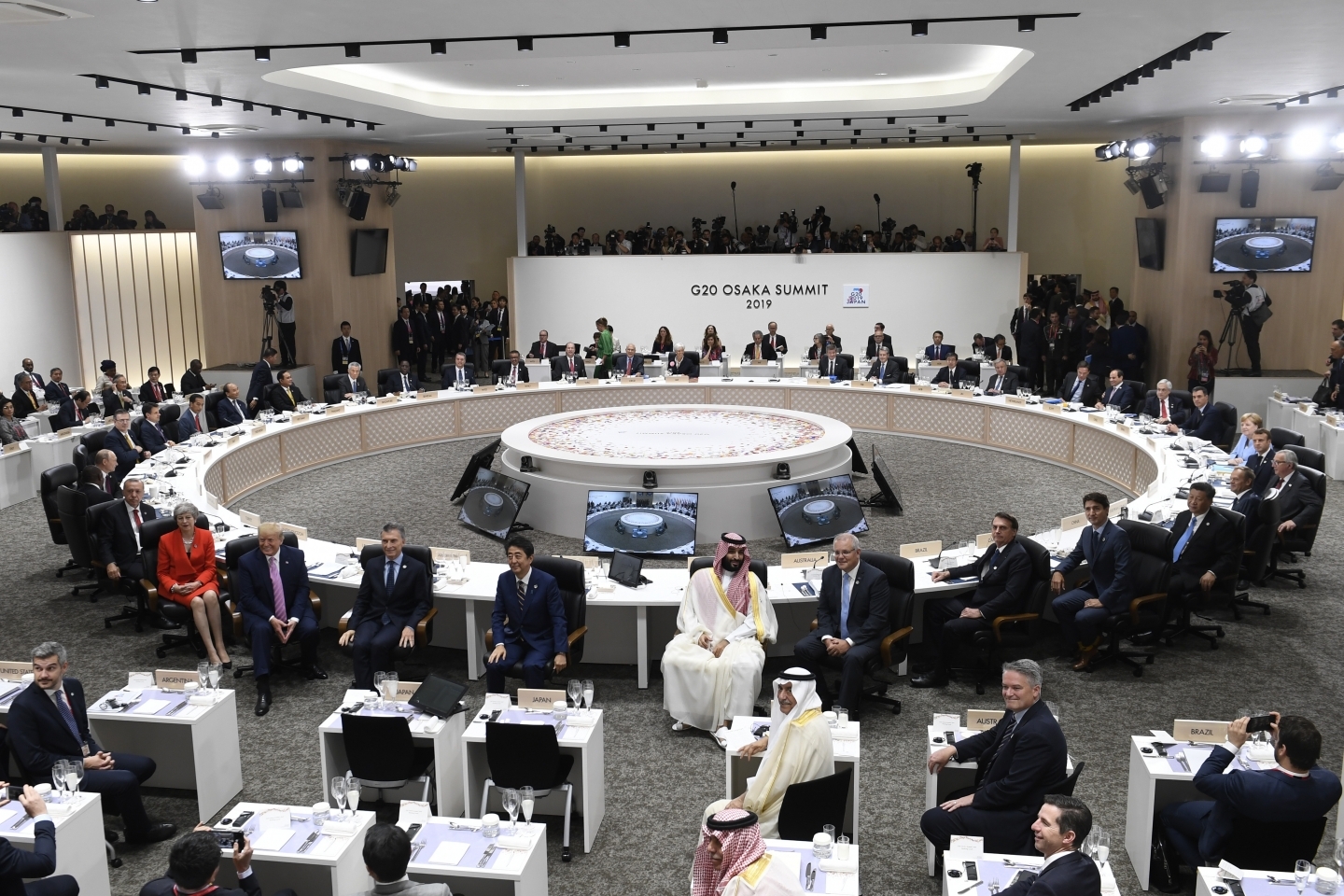 Leaders pose for a photo at the start of the G20 summit working lunch on the global economy, trade and investment in Osaka on June 28, 2019. (AP Photo/Susan Walsh)

Judging from the headlines, you would be forgiven for mistaking the Osaka Group of Twenty (G20) Summit for a three-ring circus. The New York Times led Saturday with “Trump and Putin Share Joke About Election Meddling, Sparking New Furor.” The British Broadcasting Corporation lead was “Trump Says He Wants to ‘Shake Hands’ with North Korea’s Kim at DMZ.” CNN had “Officer Traveling with Brazilian President Bolsonaro Caught with 39 Kilos of Cocaine.” The CBC? “Trudeau Has ‘Brief, Constructive Interactions’ with Chinese President Xi Jinping at G20”— which, judging from the video evidence, consisted mainly of the two leaders not talking.

The optics were no better than the headlines. Upon arrival, G20 leaders’ body language made it clear that almost all of them would rather be somewhere else. The exception was a relaxed and jovial Russian President Vladimir Putin, who basked in the opportunity to appear globally relevant while lobbing casual barbs at liberal democracy from the comfort of his declining authoritarian state.

Expectations for this year’s summit were at an all-time low, overshadowed as it clearly would be by geopolitics, American unilateralism, the US-China trade war, Brexit, Hong Kong, Iran, and a host of other pressing issues beyond the G20’s grasp. Moreover, this year’s summit took place, not against the backdrop of a single overarching common problem to galvanize coordinated action, as was the case with the 2008 global financial crisis — undoubtedly the G20’s shining moment — but at a time of division and discord. G20 leaders seemed unable to agree on much of anything other than the importance of economic growth.

All of this leads to the question: are summits worth it anymore? Are the days of leaders meeting with a determination to promote global order and prosperity over? If so, should we bother with the pomp, circumstance and expense?

The answer is yes, for reasons that mostly do not make headlines.

First, G20 summits result in policies, laws and regulations that improve the lives of millions and millions of people. The University of Toronto’s G20 Research Group tracks 23 issue areas and has found that the average G20 summit generates 194 tangible, measurable commitments with an average compliance rate of 71 percent. The G20 does not always agree on everything, but agreement on some things is better than none, and a 71 percent compliance rate is almost twice as good as Ty Cobb’s all-time record-setting career batting average. Some summits are more successful than others, and it will take time to assess the 2019 Osaka summit, but, circus atmosphere notwithstanding, it is sure to have results.

Summits Are a Setting for Intensive Diplomacy

Second, summits provide a valuable opportunity for intensive diplomacy. Things happen when leaders meet face to face, bilaterally or in groups. Summits are an efficient way to signal, charm, bargain, cajole and shame. New options pop up, positions move (if mostly only marginally) and deals get done. Japanese Prime Minister Shinzo Abe made masterful use of the occasion offered in Osaka to hold bilaterals with nearly 20 world leaders, including a very important meeting with China’s Xi Jinping that cemented the warming trend in Sino-Japanese relations.

Third, and relatedly, summits offer an opportunity to promote empathy. Many international conflicts are more apparent than real, grounded in misperceptions and mutual misunderstandings. Empathy — the ability to understand how another sees the world — is not a cure-all for conflict, and sometimes serves only to make conflict more apparent, but it is a necessary condition for building trust where trust is possible.

Finally, summits are consciousness-raising exercises that stimulate public awareness, interest and debate. In this way, they contribute to an informed dialogue on world affairs.

It is easy to get carried away by theatre and high drama, and the inattentive can be forgiven for becoming cynical as a result. But the hard reality is that we would sorely miss G20 summits if we did not have them.

A version of this article was originally published by the G20 Information Centre.