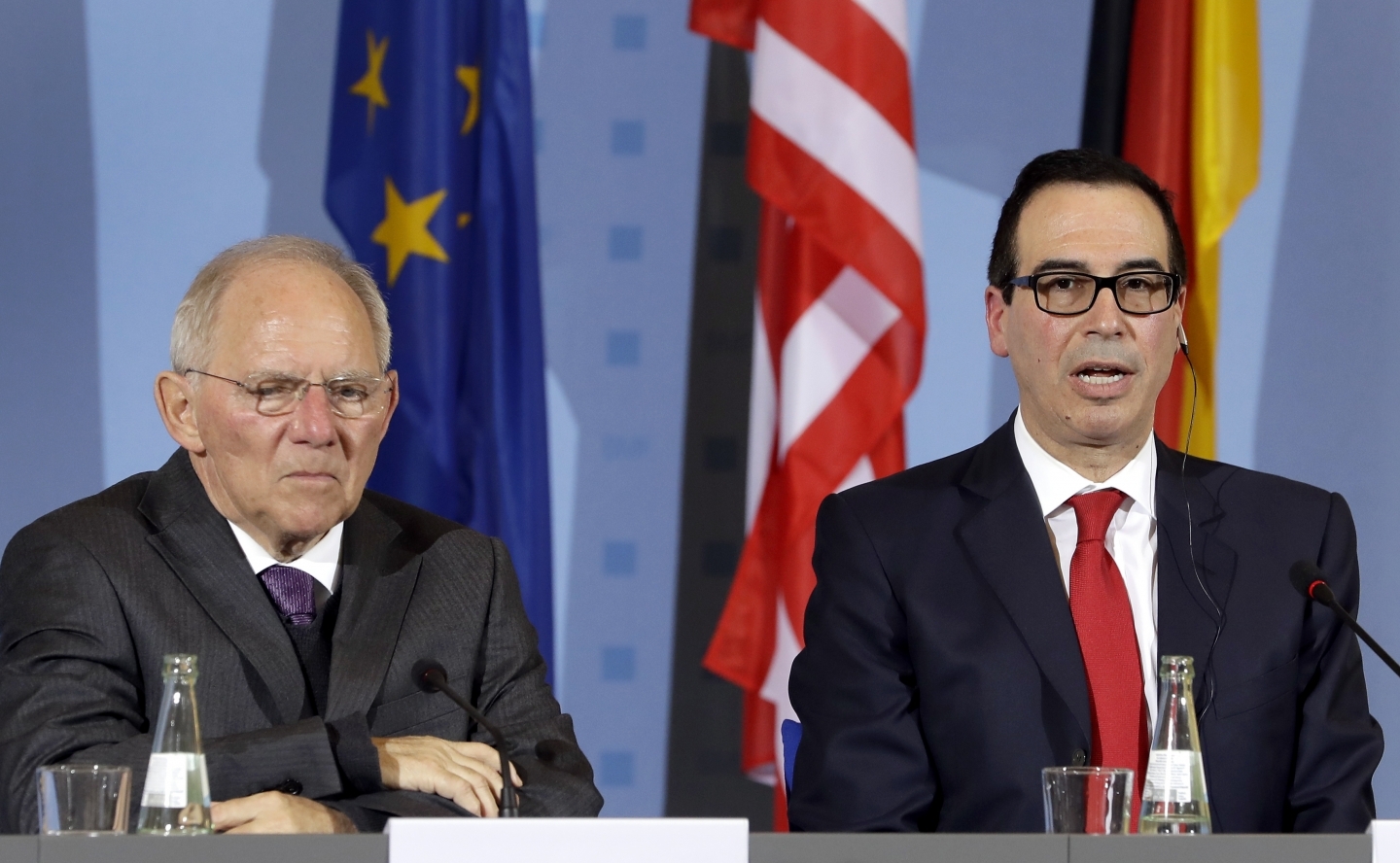 Rarely have we witnessed a public official stretch so far. But somehow, Canadian Finance Minister Bill Morneau found something positive to say about an undeniably negative outcome.

Steve Mnuchin, the US Treasury secretary, had just sabotaged the Group of Twenty (G20) consensus on trade, refusing to accept communiqué language that would commit, rhetorically, the world’s most powerful economies to reject trade protectionism.

Rather than outrage, Morneau expressed understanding, even though his country is more reliant than most on a system that allows goods and services to travel smoothly.

“My view is that the Americans were doing what any new administration would do —they were looking at the language through their lens,” Morneau said at the end of the latest gathering of G20 finance ministers and central bank governors. “Their lens is: how can trade benefit the US? Everyone else has the same lens, but every other country has the advantage of being at the previous meeting.”

It now seems the previous gathering in Hangzhou, China, can be relegated, like the Plaza and Louvre currency accords, to G-meeting lore, as agreements from another time. The meeting that has just concluded in Baden-Baden, Germany, changes everything.

To appreciate the shift that just occurred, it helps to recall the stance that G20 finance ministers adopted in Hangzhou when they said they hoped the United Kingdom would remain a “close partner” of the European Union — an expression of defeat, as the international community had urged British voters to reject Brexit. Meanwhile, Donald Trump was having surprising success in the US presidential campaign by promising to blow up free trade agreements. The G20 was defiant. “We will resist all forms of protectionism,” finance ministers said then.

Not all forms. The self-appointed steering committee of the global economy actually had been doing a poor job of resisting protectionism. The World Trade Organization’s “stockpile” of measures that impede trade contained 1,263 items as of November 2016, compared with 324 restrictive policies, according to the most recent tally. Still, the rhetorical commitment implied an aspiration to continue easing the flow of goods and services, a policy that has lifted hundreds of millions of people out of poverty in recent decades.

No longer is there any trace of that desire in written form. The German hosts reportedly made strenuous efforts to get Mnuchin to back the G20’s long-standing pledge to resist protectionism. Given Trump’s promise to rewrite trade agreements, perhaps that was too much to expect. But in the end, the rest of the group decided to make Trump’s policy their policy.

Finance ministers could have isolated America as an outlier. If that seemed too harsh, they could have allowed the United States to opt out of the consensus, the same way Japan was let off the hook in 2010, when the other advanced economies of the G20 pledged to halve budget deficits and contain debt.

Instead, finance ministers chose to drop any reference to fighting protectionism. Now, the G20 merely aims to “strengthen the contribution of trade to our economies,” according to the Baden-Baden statement. Ministers also said they would “strive to reduce excessive global imbalances,” a preoccupation of the Trump administration. The latter message made it into print even though the International Monetary Fund had informed the G20 in its pre-meeting briefing note that imbalances in trade and investment narrowed in 2016.

“What was in the past communique is not necessarily relevant from my standpoint,” Mnuchin said at a news conference. “I understand what the president’s desire is and his policies, and I negotiated them from here. I couldn’t be happier with the outcome,” he said.

An optimist’s take on the Baden-Baden meeting might be that the G20 finally forced the Trump administration to reveal its true position. That can be a difficult thing to do, considering the president’s weakness for indulging in exaggerations and, well, lies.

Some have wondered if cabinet members such as Mnuchin, and the director of the National Economic Council, Gary Cohn, would moderate Trump’s populist instincts. There’s little evidence of that so far. In fact, Trump seems intent on using other countries as foils to excite his followers. Hours after hosting German Chancellor Angela Merkel at the White House, Trump was on Twitter, insisting the meeting was “great,” while complaining that Germany “owes vast sums to NATO.” There was no obvious spark for this outburst, other than an impulse to feed the anti-globalization outrage that propelled him to power.

How much are the United States’ traditional friends and allies going to take of the White House thumbing its nose at them?

Canada was keen to smooth over the cracks that had emerged in Baden-Baden, appearing to argue that the precise wording mattered less than a general commitment to trade.

This is what Morneau told Bloomberg: “I think Secretary Mnuchin came in here saying that trade is important, that we need to make sure trade is working in a way that benefits all parties. It seems to me that might be a consistent American approach, just like it’s a consistent Canadian approach.”

“They just want to make sure that they reexamine the benefits from an American perspective. I expect that will take a little bit of time. So nothing here surprised me,” he said.

Morneau and other Canadian officials have spent more time in Washington than most, so maybe they have insight into the Trump administration’s thinking that others lack. Because, unlike Morneau, most participants professed frustration over the way the meeting in Baden-Baden played out.

French Finance Minister Michel Sapin noted that “there wasn’t a G20 disagreement, there was disagreement with the G20 between a country and all others.”

Pierre Moscovici, the European Commissioner for Economic and Financial Affairs, Taxation and Customs, said the G20’s commitment to resist protectionism was the most important thing the group did in response to the financial crisis.

“I cannot overstate the importance of avoiding any rollback on this,” Moscovici said. “I hope, and I think we need it. Because it is the raison d’etre of the G20.”

Gabriel Felbermayr, director of the Ifo Center for International Economics, said that the erasing of the language on protectionism was a “defeat for the German G20 presidency.”

The defeat is bigger than that. The G20 has arguably done little of great significance during the last several meetings. But as economic power spread to countries such as China, Brazil and India, the group was at least able to set a benchmark for how an open global economy should work. As Paul Boothe, the former Canadian G20 negotiator and current managing director of the Trillium Network for Advanced Manufacturing, described it on Twitter, one of the purposes of G20 meetings is to allow members to support “good policies” that might be unpopular at home.

So, yes, G20 members have often been hypocritical, but at least they were willing to sign a statement that implied they desired to do better. They put themselves in a position to be held to account.

In Baden-Baden, finance ministers of countries who claim they oppose Trump’s populist backlash allowed that agenda to supersede their own. For years, the G20 insisted it would prevent a repeat of the beggar-thy-neighbour policies that worsened the Great Depression. Suddenly, the group has no opinion on the matter. What’s stopping everyone from adopting border taxes? Not the G20.

It makes you wonder: what it’s all for? The G20 finance ministers and central bankers were once ignored — mostly because they did nothing of substance. The financial crisis changed that, but maybe their relevance was fleeting?

“If this is the new direction of G20 [finance ministers], they won’t be meeting for much longer,” Boothe tweeted. “Maybe they should have gone out with a bang instead?” 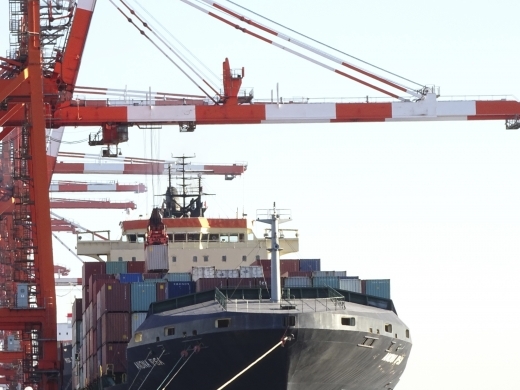 G20/G7
The G20's "Development" Agenda: Fundamental, Not a Sidebar 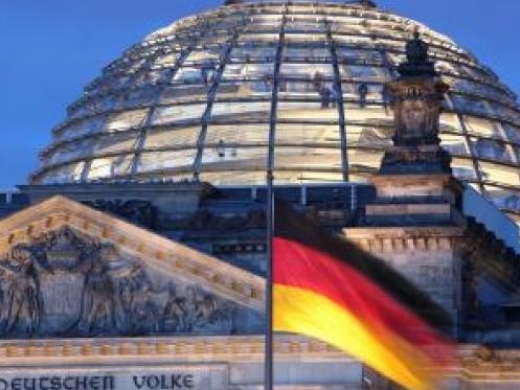 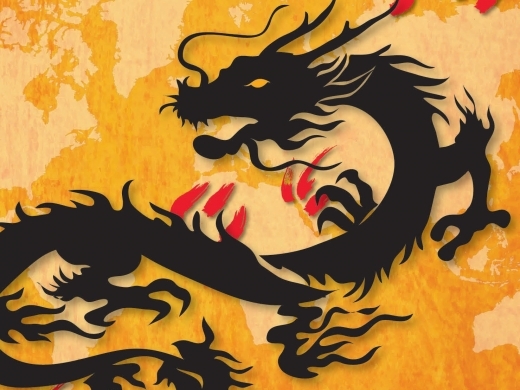