The year 2019 has been a remarkable one for gender and trade. Three bilateral free trade agreements (FTAs) containing the very first dedicated trade and gender chapters entered into force:1 they are the FTAs between Canada and Chile, Chile and Argentina, and Canada and Israel.

Although gender-related provisions have been included in international trade agreements for some time, and the number of trade agreements in which they are found has increased steadily since the 1990s, the provisions found in previous agreements have tended to be fairly general in nature and lack firm commitments. More traditional gender provisions are broadly affirmative of gender equality, equal pay for equal work, elimination of workplace discrimination and similar principles. Such provisions often aim to address a broad range of issues and are frequently couched in aspirational or “best endeavour” language.

The new gender chapters include the traditional declarations in support of gender equality and non-discrimination between women and men, but there is also considerably more content, such as provisions about cooperation activities, specific commitments about establishing a trade and gender committee and, in one case, a dispute settlement provision. 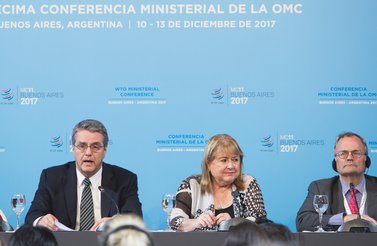 It is important to consider whether this new approach to trade and gender in international trade agreements is sound policy or only nice rhetoric. Skeptics — one senior government aide in particular — said the efforts are “nothing” and that they are “just about being nice to women.” But a quick analysis of the new provisions sheds some light on how, exactly, the approach could contribute to women’s economic empowerment.

As a theme, gender is almost de rigueur in international meetings. It is regularly featured in G7 and G20 leaders’ declarations and action plans. The United Nations Sustainable Development Goal (SDG) 5 — to achieve gender equality and empower all women and girls — is a regular focus of UN work. Most international governmental organizations have established a gender focal point and are busy implementing a gender agenda. Several national legislatures tout their gender-based analyses in policy development. Think tanks publish thoughtful studies about women’s potential contribution to economic growth and prosperity. Yet, despite near ubiquitous calls for women’s economic empowerment, new gender-related trade provisions have not always been received positively.

Those opposed to including gender issues in trade agreements argue along the following lines:

What Is Actually Included in a Trade Agreement’s Gender Chapter?

A closer look at the content of the trade and gender chapters will assist in determining whether new gender chapters have the potential to contribute to women’s economic empowerment. It may also provide insight into whether the criticisms (such as those referred to above) are valid.

General provisions: among other things, sub-provisions acknowledge the importance of applying a gender perspective to trade issues, recall UN SDG 5, and acknowledge that women’s enhanced participation in the labour market and their economic independence contribute to sustainable and inclusive economic growth.

International agreements: parties reaffirm their commitment effectively to implement the Convention on the Elimination of All Forms of Discrimination Against Women (CEDAW), the core international agreement on women’s rights, ratified by all but six United Nations members, and other agreements addressing gender equality to which they are party.

Cooperation activities: Parties undertake to develop programs of cooperation activities to improve capacity and conditions for women to benefit from opportunities created by the FTA. Several possible areas of cooperation are identified, including encouraging capacity building and skills enhancement of women at work and in business; promoting financial training; fostering women’s representation in decision making and positions of authority in the public and private sectors, including corporate boards; improving women’s access to, and participation and leadership in, science, technology and innovation; conducting gender-based analysis; and sharing methods and procedures for the collection of sex-disaggregated data and the analysis of gender-focused statistics related to trade. 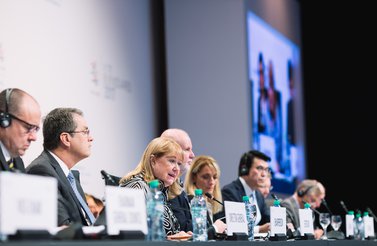 Trade and gender committee: a committee is established, composed of representatives from each party, that will convene as decided by the parties and is required, among other things, to organize cooperation activities, make recommendations to the Free Trade Commission on matters in the gender chapter, discuss proposals to support policies and initiatives on trade and gender, and consider matters related to the implementation and operation of the gender chapter.

Having examined the provisions of these new trade and gender chapters, one might be tempted to conclude, to borrow Gertrude Stein’s famous quip, that “there is no there there,” (from her 1937 book Everybody’s Autobiography). The general provisions are declaratory of broad policy statements about gender equality that have long been found in FTAs and acknowledge truisms about the importance of applying a gender perspective to trade issues. These are followed by a reaffirmation of pre-existing international commitments. Several cooperation activities are identified, but actually carrying them out is discretionary. Setting up a trade and gender committee is mandatory, but the committee does not have any power or authority. And although one of the agreements includes the possibility of submitting disputes about any matter relating to the trade and gender chapter to dispute settlement, it is difficult to imagine a concrete dispute that would arise about such matters.

In sum, these chapters can be described as nice rhetoric. However, I am also persuaded that they represent sound policy. Dedicated trade and gender chapters represent a positive step forward in efforts to promote women’s economic empowerment. These chapters raise awareness of and give credibility to the gender perspective in economic and trade issues, and encourage other countries to follow suit (for example, the European Parliament resolution of March 13, 2018, on gender equality in EU trade agreements (2017/2015(INI)), citing the Canada-Chile example in paragraph 27). In addition, concrete activity by the Canada-Chile Trade and Gender Committee is underway, including a capacity-building workshop and the publication of a two-year work plan.

Negotiating more FTAs with dedicated trade and gender chapters is to be encouraged. Perhaps even more useful, however, would be gender mainstreaming, which means including gender-related provisions throughout FTAs. Provisions promoting women’s economic empowerment could be usefully included in several FTA chapters, such as in the following areas:

Adopting this approach in FTAs is a logical next step. It would address women’s economic empowerment in connection with specific trade topics and could foster more concrete policy responses.