The future of international economic order and the multilateral trading system is contingent on the ability of the system to distribute the benefits of trade equally to all. This has not been the case. The path to achieving gender equity is going to be difficult and necessitates sophisticated approaches that address different realities faced by women in different parts of the world, while recognizing the role that decision makers can play in overcoming long-standing practices that oppress or disenfranchise women and girls.

Starting in the late 1980s and throughout the 1990s, many countries adopted a more aggressive approach toward trade liberalization, with market-opening policies aimed at accelerating economic growth, accessing new markets and further developing the domestic industry. Along with other macroeconomic policies, trade policy was largely understood as being gender neutral: there was a common belief that the effects of trade policies provided the same opportunities for men and women. That was not correct.

Trade policy was largely understood as being gender neutral: there was a common belief that the effects of trade policies provided the same opportunities for men and women. That was not correct.

Research and reports from the International Trade Centre, the World Trade Organization (WTO), the World Bank and the United Nations Conference on Trade and Development, for example, have shown that trade policy and its instruments, such as negotiations and trade agreements, have impacted women and men differently. The connection, however, between trade policy and gender still warrants further research.

First, the commitments made to address gender in trade agreements are not bold enough. This is especially evident in the context of trade agreements involving developing countries. Reasons for that include lack of understanding of the importance of addressing the disparate impact of trade policy on women. The example of Chile and Uruguay — which have been negotiating gender chapters in trade agreements that recognize the importance of gender mainstreaming for achieving inclusive economic growth — are exceptions that do not reflect the overall reality of the developing world on this issue.

Notwithstanding the tentative and weak approach to gender in trade agreements, 121 WTO members gave their support to the 2017 Declaration on Trade and Women’s Economic Empowerment, which seeks to foster women’s economic empowerment and eliminate barriers for women in trade. The aspirational declaration is not binding, but there is value in the large number of countries that joined forces to recognize the importance of the issue. Pursuant to the 2017 declaration, supporting WTO members have committed to a series of seminars covering gender-based analysis of trade policy, women’s participation in public procurement and international value chains, gender in trade agreements and bridging the gender-based digital divide. 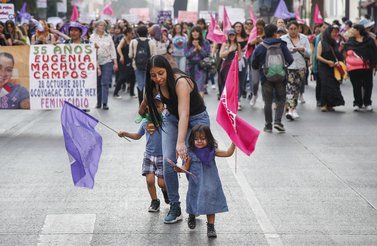 Gender mainstreaming requires that gender perspectives be embedded in the development of public policy, in the legal and economic research, in the allocation of resources and planning, and in the implementation and monitoring of social programs and projects. The implementation of a gender-mainstreaming approach to trade agreements also requires transparency about women’s accountability and participation in decision-making processes. This is a long-term approach, but it is necessary for the future viability, relevance and impact of the trading system.

There are significant and specific gender issues associated with trade-related provisions in different chapters of a trade agreement. Awareness around digital trade, government procurement, technical barriers to trade, sanitary and phytosanitary measures, agriculture, and services and trade facilitation is on the rise. Moreover, at least six WTO members used the Trade Policy Review Mechanism in 2018 to report progress on trade and gender issues — the topic is here to stay.

Trade negotiations and trade agreements are effective tools for raising awareness of gender-related concerns and the need for enforceable rules that can help remove barriers to women’s economic participation.

The ultimate goal should be mainstreaming gender in trade agreements through a whole agreement approach. Increased thoughtful engagement is needed from national governments and global institutions charged with global governance on this issue, most notably the WTO. However, a gender-mainstreaming approach in trade agreements can only succeed if policy makers comprehend the distinct realities faced by women globally and how these realities vary from nation to nation.

Padideh Ala'i is a professor of law and director of International and Comparative Legal Studies at American University, Washington College of Law (WCL), where she specializes in the areas of international economic law, law of the World Trade Organization (WTO), and comparative law. She teaches international trade law and comparative law. Professor Alai’s scholarship has concentrated on transparency obligations of the WTO, implications of WTO rules on internal domestic transparency, universalizing the administrative state through the multilateral trading system, as well as evolution of international anti-corruption norms, and colonial history of the rhetoric of free trade. Professor Ala'i serves on the Executive Committee of the Society of International Economic Law (January 2016 – present), and the Academic Board of the ELSA/WTO Moot court competition. She is an Associate Member of the International Academy of Comparative Law.

Renata holds a PhD in international trade law from Maastricht University in the Netherlands and the title of Doctor of Laws from the Federal University of Santa Catarina (Brazil). She has an extensive and proven record of successful engagement at the World Trade Organization, and with bilateral trade negotiations and domestic trade policy market access. Renate is the founder of Women Inside Trade Association, a networking group that focuses on influencing and strengthening the international trade community as well as providing visibility to the work of excellence developed by women on international trade. She is currently a scholar-in-residence at the Trade, Investment and Development Program of the Washington College of Law, at American University, a guest lecturer in postgraduate courses in international trade and business in Brazil and a guest researcher at the Institute for Globalization and International Regulation (IGIR) at the University of Maastricht. She also holds the position of US Country Director at BMJ & Associates.