The WTO faces a critical moment and the next director-general must be prepared to do whatever it takes to revive the member-driven organization.

Cracks have been spreading throughout the rules-based trading system for a long time, to the point that the fractures are now severe. Geopolitical tensions have exacerbated old problems that derived from the World Trade Organization’s (WTO’s) dysfunctional working practices. The COVID-19 pandemic has only made things worse — governments’ initial reaction of halting exports on medical supplies and medicines has seriously undermined confidence in foreign suppliers. The WTO can no longer afford to sweep taboo issues under the carpet. Just as Mario Draghi pledged in his 2012 quest to save the euro, the next WTO director-general must be ready as head to do “whatever it takes” to keep the WTO functioning.

To address the WTO’s malaise, reform is necessary; the WTO’s management and staff — the Secretariat — must be unmuzzled and energized. With these needs in mind, I suggest a toolbox of remedial actions that the next director-general could use as an “electrical jolt” to revive the “member-driven” organization.

“The WTO is a member-driven organization.” Ambassadors in Geneva repeat this as a mantra and believe that it makes the WTO unique. However, governments are ultimately responsible for conducting all intergovernmental organizations. In this respect, the WTO is no exception.

Yet, there are some distinguishing characteristics of the organization that have contributed to its particular malaise.

The idea of government monopoly stifles initiative: There is nothing in WTO rules that prevents the Secretariat from putting forth initiatives for consideration by members. However, in practice, the “member-driven” motto has been interpreted as giving the member states a monopoly on the right of initiative. This understanding needs to change.

Together with a number of other outdated and dysfunctional working practices, this costly interpretation has been lingering for a long time, even though in reality members have been better at sweeping problems under the rug than at “driving” the organization.

Nobody’s eye is on the road: The recent surge in geopolitical tensions has worsened the WTO’s predicament. Its rules desperately need to catch up with challenges posed by the digital economy, but no country is currently sitting behind the wheel. Yet as ambassadors in Geneva can still reach the WTO brakes, progress is halted on even “no-brainer” past century issues, such as prohibiting subsidies to illegal, unreported and unregulated fishing. As a result, the organization is effectively stalled, with its capacity to settle trade disputes severely damaged. 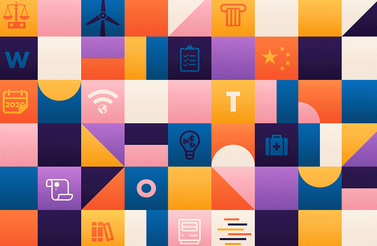 The WTO’s “uniqueness” goes beyond its “member-driven” dogma: Napping on problems and procrastinating on reform are also attributes that distinguish the WTO. In Geneva, contrary to what happens at the International Monetary Fund (IMF) and the World Bank, ambassadors can ignore problems, because the WTO has no independent watchdog. Paying somebody to criticize you is not an attractive idea. Yet having an Independent Evaluation Office, is much better than ignoring problems that eventually lead to a crisis. We are there right now.

Deflecting blame only deepens the fissures: The rules-based trading system has been cracking for a long time. Admittedly, global trade tensions have intensified in the last three years, but it would be wrong to attribute WTO problems to any particular government.

COVID-19 has exacerbated nationalist calls: The pandemic has made apparent that economic interdependence implies relying on foreign suppliers, yet governments’ first reaction was halting exports to keep “essential” goods at home. Riding on “national security” concerns, self-sufficiency hard-liners lost no time in calling for the repatriation of supply lines. Protecting family first is a reasonable impulse but a difficult one to reconcile with interdependent economies.

Asymmetrical fiscal and monetary support will have trade repercussions: As the COVID-19 crisis unfolded, governments had to close down their economies to slow the spread of the virus. While all governments scrambled to support domestic production and consumption, only some treasuries and central banks could provide unprecedented amounts of fiscal and (purportedly) monetary support to “national” firms. In the United States, the Federal Reserve has virtually backstopped American corporate debt and Germany has offered its firms loan guarantees worth nearly a quarter of GDP.

The WTO can expect spillovers on trade: When politicians use taxpayers’ money to support workers and firms, they instinctively try to repress the fiscal effort at home. Using taxes and printing money to boost local consumption and job creation make it more palatable. Because all governments scrambled to buttress “their” firms, but not all disposed of the equivalent “fiscal space,” the next director-general will have to deal with the foreseeable trade reverberations.

Unmuzzling and Energizing the Secretariat

All WTO functions heavily depend on the Secretariat. Beyond the legal assistance (and, let’s face it, the advice) that WTO staff provides to dispute panels and the Appellate Body (now closed), the Secretariat also prepares technical inputs for the General Council, as well as for all other WTO bodies. Additionally, staff must provide technical assistance and training for government officials. All these tasks are essential for WTO functioning. In normal times (that is, when members are in the WTO’s driving seat), the Secretariat fulfils its duty by responding to ambassadors’ requests. However, these are not normal times.

It is time for the Secretariat to step up. Repeating “I am in the hands of members” is possibly the safest way a director-general can preserve good relations with Geneva ambassadors. Not surprisingly, this has provided a comfortable cocoon for WTO management. However, the WTO can no longer afford diplomatic niceties. Its survival is at stake and the next director-general will need to rise to the occasion.

The WTO is at a “whatever it takes” moment. Trust — in both economic interdependence and the WTO’s capacity to enforce its rules — is at its lowest point; there is no time to waste in resolving lingering problems. The WTO is in a terminal crisis.

The comfortable excuse of being in the hands of the members isn’t available now. The next director-general will have to challenge the member-driven culture and confront risks that those who came before could dodge. This individual will need to unmuzzle the Secretariat and step out from her predecessor's “comfort zone.” The WTO driver’s seat is empty, and the new head of WTO’s management team, should not wait for direction from the members.

Trust — in both economic interdependence and the WTO’s capacity to enforce its rules — is at its lowest point; there is no time to waste in resolving lingering problems.

It is time to broker honest discussions on taboo issues. The vast and dislocating consequences of the crisis provide a fortuitous opportunity to deal with three of the WTO’s most divisive questions:

A Toolbox of Cheap and Handy Remedial Actions

“Never let a good crisis go to waste.” Winston Churchill is credited with first having said this in the mid-1940s near the end of World War II. The WTO’s next head could heed this advice by undertaking a few practical remedial actions, as follows.

Engage in policy dialogues: It should be up to WTO members to make decisions (but not to dodge unwanted questions). The next director-general should entice governments to engage in candid policy dialogues and, to that end, create a watertight “deliberation space” (as proposed by Canada in 2018), carefully ring-fenced and sheltered from the WTO’s negotiation and dispute settlement functions. The new head will also need to feed policy dialogues with background documents in which the Secretariat could put forth objective assessment of the pros and cons of alternative ways of dealing with the WTO’s structural challenges. Members could always choose to do nothing, but they must first be informed of the potential consequences.

Unleash staff’s creative thinking: To kindle policy dialogues, the next manager will need to dare to submit ex officio (that is, unrequested) background documents with information and analysis. While such documents should propose a menu of possible reforms, the director-general should avoid advocating for a specific policy action. This will be a delicate task. To “thread that needle,” the director-general could emulate what the IMF managing director already does when she wants to press politically sensitive topics into the executive board’s meeting agenda. She quietly asks some members of IMF staff to prepare, on their own responsibility, brief and well-argued papers called staff discussion notes. As these are then published (each with a carefully drafted disclaimer stating that it does not necessarily represent IMF views or IMF policy), they elicit comments from scholars, press, social media and officials from capitals that the executive board cannot ignore.

Help countries understand potential spillovers of different policy choices: Beyond addressing pending WTO reforms, policy dialogues could also quietly promote coherent policy responses to common challenges. To help governments assess and calibrate their policy choices, the WTO’s Secretariat could focus its economic research on the potential trade spillovers of different policy options. Admittedly, given staff’s role in the WTO’s dispute settlement function, this must be done with extra care. To avoid advocating for specific policy recommendations, the new director-general could “lead from behind,” relying on analytical support provided by other international agencies, such as the IMF, the World Bank, the International Labour Organization, the Organisation for Economic Co-operation and Development, the United Nations Conference on Trade and Development and the United Nations Environment Programme.

Exploit existing synergies and create transparency: Detecting spillovers from national policies and recommending reforms to avoid negative spillovers is the bread and butter of the IMF’s surveillance function. As noted earlier, governments responded to the COVID-19 economic consequences by outstretching their fiscal balances and by improvising audacious monetary stimulus. Such massive but asymmetrical and uncoordinated support for the private sector is likely to have trade repercussions. Some governments will try to repress public monies within national borders, while others will be mostly concerned about protecting domestic firms from subsidized foreign competition. These responses may challenge the WTO’s capacity to collect and process information on the myriad of trade and trade-related measures implemented by governments. In such a context, the next director-general will need to use all possible means to shed light on economic measures having potentially significant trade spillovers. The WTO Secretariat has already made important strides in preparing periodic reports on trade measures. However, much more can be done by simply exploiting synergies with the IMF’s surveillance function. For example:

All of these proposals would have minimal or negligible budgetary implications, and none would require approval by members. They would only depend on the director-general’s courage and determination to do “whatever it takes.” 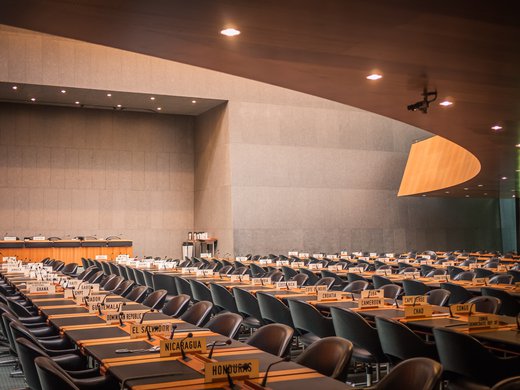 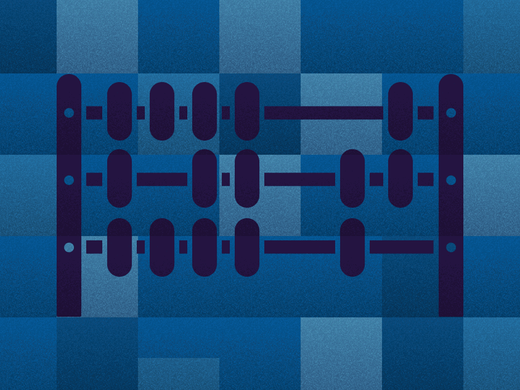 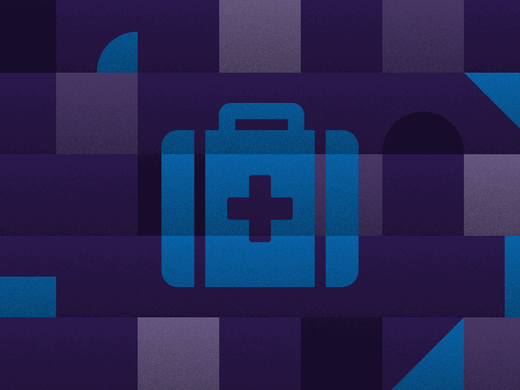 A Grand Bargain to Revive the WTO