As Canada’s chief diplomat made clear, defence is at the core of the country’s strategy for high-risk NAFTA negotiations 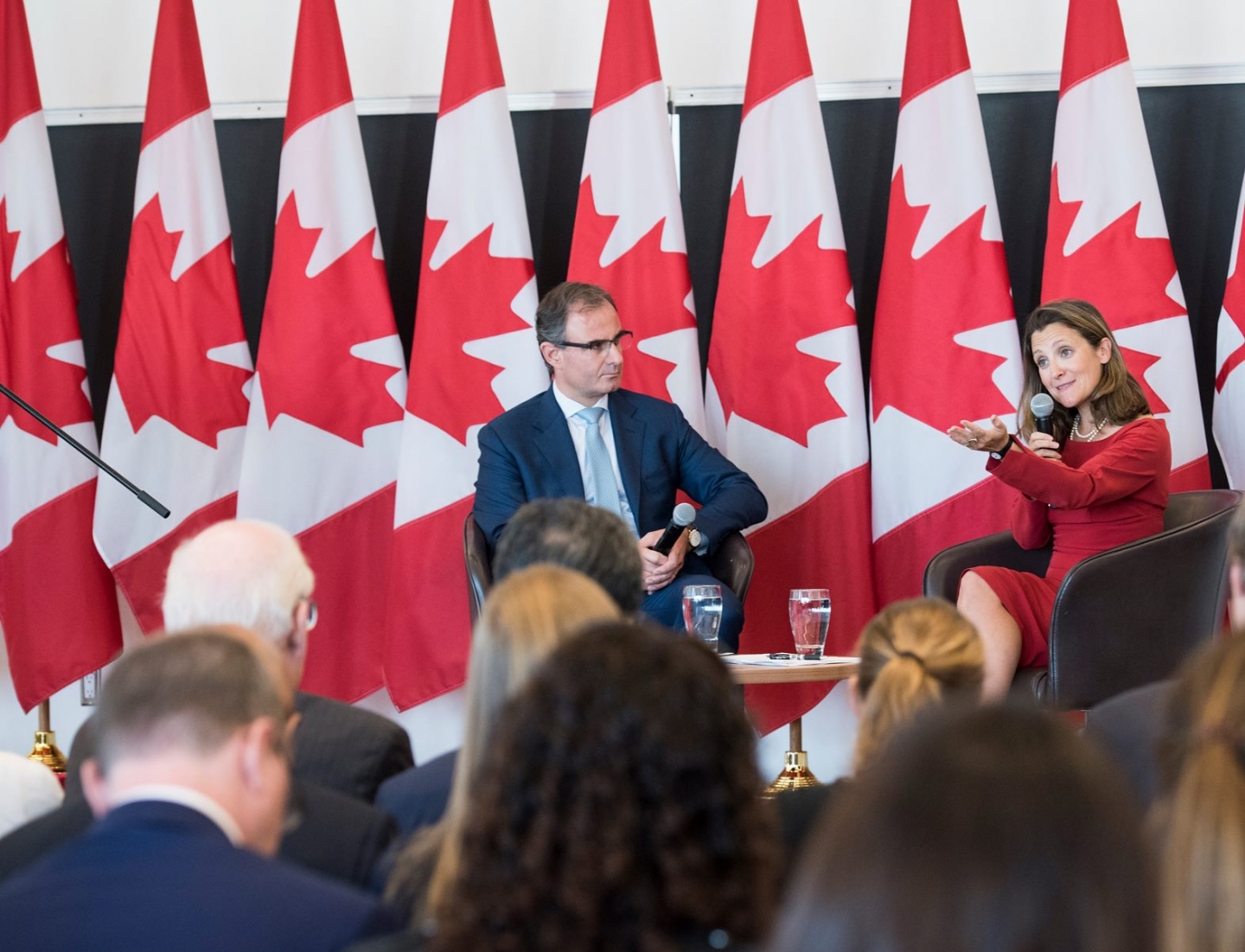 Rarely does a Canadian politician pass on an opportunity to invoke ice hockey as a rallying cry.

Foreign Affairs Minister Chrystia Freeland’s career as a politician is only a few years old, and she spent most of her adult life in places that prefer turf sports to those played on ice.

But that didn’t stop her from making the obligatory reference to Canada’s national pastime when she presented the outline of her strategy for the renewal of the North American Free Trade Agreement (NAFTA), a high-stakes negotiation that could define not only her legacy, but that of her boss, Prime Minister Justin Trudeau.

“Our approach in these talks will be in keeping with our national character; hard-working, fact-based, cordial, animated by the spirit of goodwill and the pursuit of compromise,” Freeland said during a speech at the University of Ottawa.

“We also know that there is no contradiction between being polite, and being strong. It is no accident that hockey is our national sport.”

There is another connection to hockey and the NAFTA talks that Freeland appears to understand, but didn’t come out and say: goals are fun to watch, but it’s defence that wins championships.

For months, Trudeau’s government has been entertaining fans with a massive charm offensive in President Donald Trump’s backyard. But Freeland’s strategy for the actual negotiations will be, firstly, a rearguard action. There are some things the Canadian government would like to achieve, to be sure. But reading between the lines of Freeland’s speech, you get the impression that Canada’s main goal is surviving an onslaught from an American administration that is both skeptical about trade and desperate for a political win.

Freeland’s speech was almost 3,000 words, yet she devoted only 500 to describing Canada’s “core” objectives at the negotiating table. By contrast, United States Trade Representative Robert Lighthizer released an 18-page document that contains dozens of negotiating points.

Lighthizer made clear the United States will be satisfied with nothing less than an arrangement that reduces the trade deficit with its NAFTA partners. In other words, the Trump administration is looking for a win.

That could be why Freeland used most of her remarks on the eve of talks to appeal for calm. She acknowledged that things could get ugly, but she asked the public to ignore the drama and go about their lives. There’s a reason for that. Business investment in Canada has been terrible in recent years, and is finally showing signs of life. A fresh crisis of confidence sparked by worry over the future of NAFTA would be a brutal setback.

“Modernizing an existing agreement — in particular one such as NAFTA, which is so foundational for our economy — is more like renovating your house, while you’re still living in it,” she said. “The end result — a nice kitchen, perhaps, or an energy retrofit — is terrific. But getting there can be a little messy and uncomfortable. And there are going to be moments, when walls are opened up, and pipes and wiring get exposed, that can be a little unsettling.”

Some of those “moments” will occur around agriculture.

Freeland said she will “uphold and preserve” the elements of the existing agreement that Canada deems “key” to its national interest. She stated explicitly that one of those elements is the decades-old system of enriching dairy, egg and poultry farmers by managing domestic supply and resisting imports.

She may well manage to “preserve” supply management, but it is difficult to see how Freeland can do so without offering American and Mexican farmers at least some duty-free access to those markets. Lighthizer’s outline specifically states that he will take aim at “tariff-rate quota” regimes, which is what Canada uses to protect its dairy and poultry farmers. Trudeau has argued that American complaints about supply management are hypocritical because the United States pays its farmers massive subsidies. Trudeau has a point. Still, Canada granted European cheese exporters a quota to secure a trade agreement with the European Union, setting a precedent. American and Mexican exporters surely will demand the same, if not more.

Freeland said that two other red lines for Canada would be culture and an ability to “ensure that anti-dumping and countervailing duties are only applied fairly when truly warranted.”

The idea of a free-trade deal with the United States appealed to former Canadian Prime Minister Brian Mulroney in the 1980s because it offered an opportunity to shield Canadian companies from Washington’s capricious use of trade remedies.

One of those protections is Chapter 19, which Trump now wants to scrap. Many say Ottawa would (and should) quit the talks rather than lose that chapter. But Robert Wolfe, a trade expert at Queen’s University, says Chapter 19’s value often is overstated; he would give Trump a “win” on that one, provided it is replaced with a suitable mechanism.

Wolfe’s point of view might be getting through in Ottawa. It may be noteworthy that Freeland didn’t mention “Chapter 19” by name, only that she wants some form of extra protection from politically motivated trade harassment. She left herself wiggle room on a high-profile US priority.

Trudeau and his economic ministers have made much of their push for “progressive deals,” a fuzzy agenda in both sentiment and meaning. It returns as one of Freeland’s six negotiating points for NAFTA, and some leftists may be surprised that Canada’s progressive approach to trade aligns with the Trump administration’s bid to make Mexico a less competitive place to build automobiles.

Canada will push to add enhanced labour and environmental standards to the body of the NAFTA text, matching a goal of the United States. Freeland did say NAFTA should “fully” support efforts to reduce climate change, which seems unlikely as long as Trump is president. Canada also wants to add chapters on gender and Indigenous rights, and overhaul provisions that allow international investors to skirt domestic law.

“One reason that these progressive elements, particularly on the environment and labour, are so important is that they are how we guarantee that the modernized NAFTA will not only be an exemplary free trade deal, it will also be a fair trade deal,” Freeland said.

In what sounded like a Trump tweet being interpreted by a former Rhodes Scholar and journalist who now is Canada’s foreign minister, Freeland said: “Canadians broadly support free trade. But their enthusiasm wavers when trade agreements put our workers at an unfair disadvantage because of the high standards we rightly demand.”

Freeland’s remaining priorities are largely items on which reasonable people could agree. She said Canada wants to “update” the 23-year-old pact to reflect the digital economy, but offered scant specifics. The Trudeau government also wants to harmonize regulations and make it easier for Canadian professionals to cross the borders to meet with clients and to visit their plants in the United States and Mexico.

Her demand for more liberal procurement rules could be trickier. Freeland called local-content provisions in government procurement “political junk food, superficially appetizing, but unhealthy in the long run.” The urge to “buy American” runs deep in Congress and in state houses; it will take more than an admittedly good sound bite from Canada’s chief diplomat to convince them otherwise.

Bottom line: Freeland did just enough to fend off critics who accused the government of hiding its negotiating strategy, while managing expectations about what Canada can reasonably achieve. Freeland made repeated references to the country’s new trade agreement with the European Union, suggesting it may represent something of a template for Canadian negotiators. They won’t be seeking anything nearly as ambitious as the landmark trading arrangement with Europe, however. A win for Ottawa on NAFTA likely would be an agreement that is similar to the one that exists now.

The question is whether some tweaks would constitute a win for Trump.

Based on his most extreme rhetoric, the answer would appear to be: “No.” Yet the US president has shown repeatedly that reality for him is a flexible concept: a revised agreement that did nothing for US exports wouldn’t stop Trump from calling the outcome a massive win — with added exclamation marks.

There is only one way to approach such an opponent: keep your head up and play smart defence. 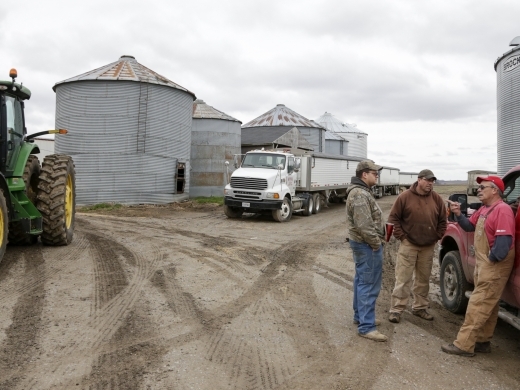 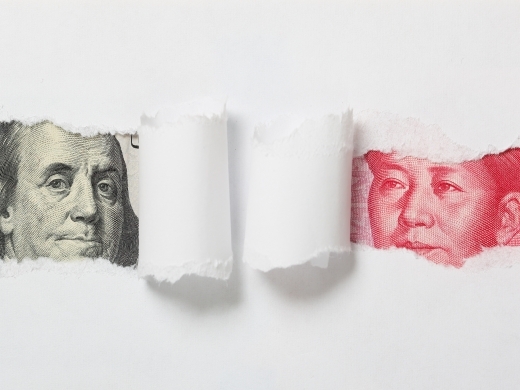 NAFTA/CUSMA
Why NAFTA’s Chapter 19 Is worth Fighting For 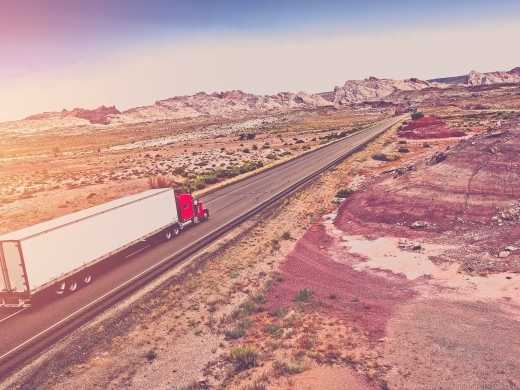