In 2017, Narenda Modi declared that the 2019 election would be fought on the smartphone — he was right

In a stunning repeat of its 2014 performance, the ruling Bharatiya Janata Party (BJP) led by incumbent Prime Minister Narendra Modi decisively won a second term with full majority in the 2019 Indian general election. This time, Modi’s electoral campaign took place on the streets of rural India as much as it took place on social media platforms.

Mastering the use of technology in an election campaign is not a guaranteed route to power. According to the Internet and Mobile Association of India, almost half a billion Indians have access to the internet in India, which is around 40 percent of the population. The usage is skewed: internet penetration is approximately 15 percent in rural India, where around 70 percent of Indians reside.

Mastering the use of technology in an election campaign is not a guaranteed route to power.

Still, the impact of technology can be crucial. Last year, Om Prakash Rawat, then the chief election officer of India, said that technological interventions that are able to sway elections, such as targeting tailored messages to groups based on demographics and political leanings on social media, are the “biggest challenge” for the electoral process. Earlier, in 2017, Modi declared that the 2019 election would be fought on the smartphone.

In last month’s election, the internet was instrumental in at least two vital aspects of the campaign: mobilizing and setting the narrative, and messaging and misinformation.

Mobilizing and Setting the Narrative

Energized party workers and volunteers are essential to the success of election campaigns. While grassroots political party operatives — those who are in direct contact with voters — mobilize support on the ground, digital-savvy loyalists fight to set the agenda for “their side” on social media platforms.

Most political parties have dedicated teams to manage technology operations. But they are no match for Modi’s BJP. Building on its large pool of organized ground forces, the party created hierarchical structures for information dissemination. In Uttar Pradesh, India’s most populous state, the BJP’s Information Technology  department has an 11-member social media team in each of the six zones in the state. Further down, there are 11 members at each district; five at each mandal; two at each ward; and five staffers at the booth level — the last point of contact with voters.

None of this is new. These are all traditional campaign strategies. What has changed is that technology allows these activities to be carried out on a larger scale.

On Twitter, an army of online warriors takes part in the narrative-setting game. Even though Twitter usage is largely restricted to the country’s elites, journalists and influencers hang out on the micro-blogging platform, meaning the sentiment smoothly seeps into the wider information ecosystem. 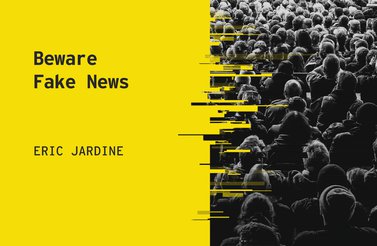 Modi is the second most followed politician on Twitter after US President Donald Trump, and his strategy is unique among Indian leaders. The Indian prime minister generously follows hundreds of “laypersons,” ordinary die-hard supporters of Modi and his party, who put in all the efforts to promote his party’s work, argue against any criticism, bash the opposition and downplay (read: discredit) critical reporting by the media. A “follow” from the leader they worship provides supporters with the push to do more, a nudge to fight for a cause.

Rahul Gandhi, Modi’s rival and president of the Indian National Congress, joined Twitter only in 2015. While his tweets get traction — in fact, on average, he gets retweeted more than Modi — Gandhi does not engage with party supporters.

Modi’s strategy, however, has a problem. Twitter users been calling out the prime minister for following “troll” accounts that tweet allegedly hateful messages. In 2017, for instance, after the murder of senior journalist Gauri Lankesh, a vocal critic of Hindu nationalism and Modi’s BJP, Nikhil Dadhich, a Twitter user followed by Modi, sent out an abusive tweet: “[She] died a dog’s death and now all the puppies are wailing in the same tune.” Despite being called out, Modi continues to follow the account.

In 2018, one of the victims of this troll army was Sushma Swaraj, India’s then-foreign minister and Modi’s cabinet colleague. Swaraj said she was trolled over a controversy involving the issuance of passports to an interfaith couple, and subsequently liked over 200 tweets to highlight the instances of abuse.

Political parties are in the game of generating obviously false content, flooding social media with that content to mislead people and exploiting the platform.

An analysis by the Hindustan Times revealed “that 41 BJP parliamentarians, who are either ministers in the union cabinet or elected MPs to the Lok Sabha, follow at least one of the accounts that tweeted out a message which Swaraj had liked to showcase trolling.” Modi himself followed eight of those accounts. That changed nothing.

The party actively works to ensure that Twitter trends show support for the BJP. While the bulk of the trending hashtags are largely non-political, it’s the BJP that dominates the political social media on Twitter. Whether that genuinely reflects the social media pulse or not is up for debate, as Twitter’s trends can be easily gamed. The BJP, for instance, circulates Google Docs with sample tweets among its supporters to get pro-BJP hashtags trending on Twitter.

Every month, 200 million people in India use WhatsApp. Then there are other platforms, including Facebook and ShareChat, a Twitter-like regional language social network, with millions of users and sprawling political activity.

The misinformation menace wreaking havoc on the digital world has led to declining trust in information shared on social media. A survey by technology-centred non-governmental organization Digital Empowerment Foundation found that almost half of Indians never believe the information they receive on WhatsApp. What was even more revealing was that just under one percent used WhatsApp for political discussion.

Whether fake news circulated on WhatsApp changes people’s minds and has a consequential impact on voting decisions is not clear — it is really hard to persuade people to change their opinion. What the 2019 campaign did reveal is that it’s not just rogue party supporters or mindless sharing of political posts that lead to the fake news crisis. Political parties are in the game of generating obviously false content, flooding social media with that content to mislead people and exploiting the platform. Misinformation is politically sponsored. 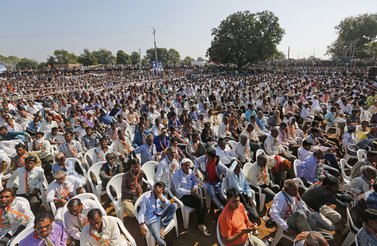 For instance, a HuffPost India investigation revealed how the Association of Billion Minds (ABM), BJP’s in-house political consulting firm established by Amit Shah, party president and now Union Home Minister, ran sophisticated misinformation campaigns to spread fake news and false claims on social media and WhatsApp. The party denies any connection with ABM, and the Facebook pages managed by the consulting firm — which were among the top spenders on political ads on Facebook — do not reveal any direct connection with the party. The pages, with millions of followers, serve as the disguised mouthpiece of India’s ruling party, and the content generated by these teams finds its way into political WhatsApp groups.

In April, Facebook took down over 700 pages and accounts for “coordinated inauthentic behavior” that were run by supporters of both the BJP and the Congress. “The India Eye,” one of the pro-BJP pages taken down by Facebook that circulated pro-BJP fake news messages, is a promoted account on the built-in Twitter-like social network of the Narendra Modi app, a personal mobile application of the Indian prime minister. The app has millions of users and its usage is promoted by state policies and suffers from the same misinformation problem that Facebook is being held accountable for. But, as the case of “The India Eye” demonstrates, Modi’s app operates outside any regulatory purview.

While researchers continue to analyze the impact of technology in the Indian election, the months-long campaign has clearly demonstrated the challenges that the world faces in the years to come. The legitimate demands to allow the government to regulate technology platforms for moderating content and policing bad behaviour of bad actors poses a dilemma: what should be done when political parties — who eventually form the government — are themselves the bad actors?

Samarth Bansal is a freelance data journalist based in New Delhi where he writes about technology, politics and policy. His work has appeared in The Wall Street Journal, the Hindustan Timesand The Hindu.