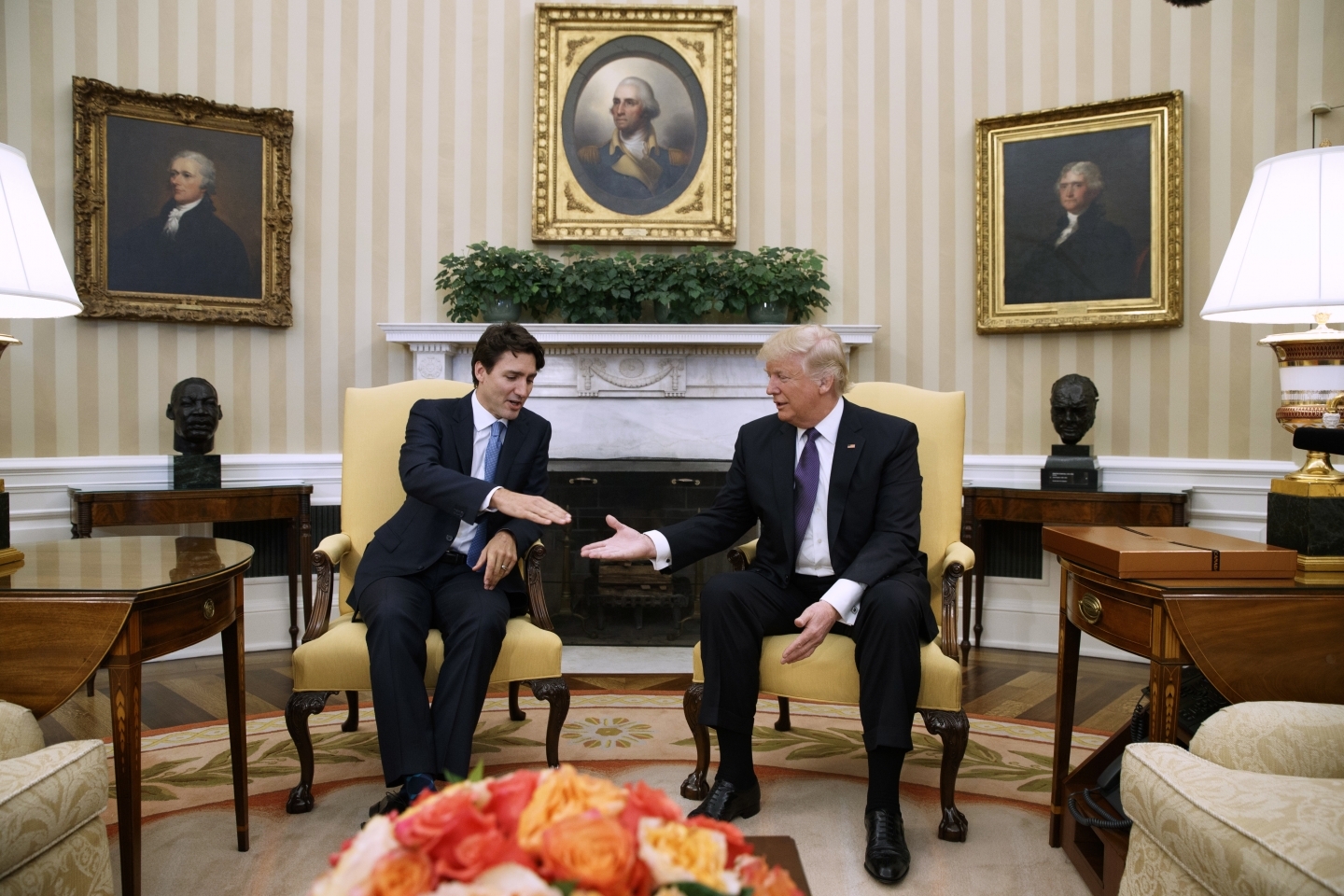 The manner in which the NAFTA negotiations unfold will be the most exacting challenge facing the government in the new year. While these negotiations are at a fever pitch politically and in the media in Canada and Mexico, they barely register a blip in the United States, where headlines are dominated by North Korea, Russian meddling in the US election and the allegations of sexual indiscretions spreading across the corporate and political landscape.

These commanding distractions may actually be a good thing for the North American free-trade agreement's prospects, as is US tax-reform. So, while some pundits are wallowing in gloom and doom, the future of NAFTA is not all bleak. For one thing, there is scope for a rational modernization of NAFTA that includes several topics already negotiated and agreed under the original Trans-Pacific Partnership – measures affecting small business, the expansion of IT and digital services and new technologies to facilitate customs clearance. But would a pragmatic upgrade satisfy President Trump?

All three leaders need to see a "win, win, win" with political as well as economic success. Alas, that common spirit at the top, which had been vital to success in the original FTA and NAFTA, is woefully absent.

Unilateral demands for unilateral concessions are never a basis for successful negotiation. Many of the US negotiating demands – abrogation of the dispute-settlement mechanism, a five-year sunset clause, tighter rules of origin for higher US content on autos, one-sided Buy America proposals and of course the elimination of supply management – are prescriptions for failure, not success. They may be a deliberate pretext for abrogation.

The biggest question mark of all is what will constitute "victory" for the unpredictable President.

As we usher in the New Year, what should Canada do? That answer is to prepare for all contingencies. As Foreign Affairs Minister Chrystia Freeland says: "Hope for the best and prepare for the worst." We should not be driven by arbitrary deadlines. The Mexicans and the Americans have electoral time pressures next year. Canada does not. We should resist unilateral demands that are inimical to our interests. We can always walk away from a bad deal. We must continue to work key members of the administration and Congress as well as NAFTA stakeholders, especially the 35 states for whom Canada is the top export market, to demonstrate what America stands to lose. We need to remind Americans and the President himself at every turn that the United States has a trade surplus with Canada – not the other way around. Our best tactic is to rag the puck and be disciplined and cautious but not apocalyptic about the outcome.

Some suggest that separating the negotiations into three separate bilaterals may be a more sensible approach, reflecting the obvious fact that Canada's interests vis-à-vis the US are different from those of Mexico, and vice versa. (Our Prime Minister now seems more open to this option.)

But a similarly important tactic is to pursue a credible Plan B to reduce our vulnerability by broadening our trade horizons specifically with direct negotiations with China and India and with support for a mini-TPP. Regrettably, our latest ventures into "progressive" trade deals in Asia have backfired and had a "regressive" effect.

We should also be much more mindful and smarter about the implications of tax and regulatory reforms in the United States on our competitive position in North America. US success on tax reform could actually have a worse impact on Canada than a NAFTA renegotiation because the US would become a much stronger magnet for investment and talent. Notice of abrogation may be a pretext for Mr. Trump to offload the responsibility to Congress, a tactic he is learning to use on other issues. But that could get messy. Congress would want a say and would, in any event, have to dismantle legislation underpinning NAFTA before abrogation took effect. That would take time. Meanwhile, there could be court challenges to the President's authority.

In the event of a complete collapse, trade could either revert to non-preferential World Trade Organization levels, or to the original FTA. Both offer potential avenues for redress. If the past is prologue, a plausible scenario would see negotiators reach a consensus on the modernization aspects of the agreement, while isolating the more contentious issues for deliberations at the political level. The crunch will come at the meeting in Montreal next month. We may learn whether Mr. Trump is amenable to any compromise on the hard issues.

As the 2018 elections draw near, the pressure to secure a "win" on NAFTA will abate. The negotiations may then limp on inconclusively. That would prolong uncertainty but avoid a severe jolt. Not good, but not as bad as it might be.

Above all, we need to keep our cool and not be rattled by Trump's bluster.