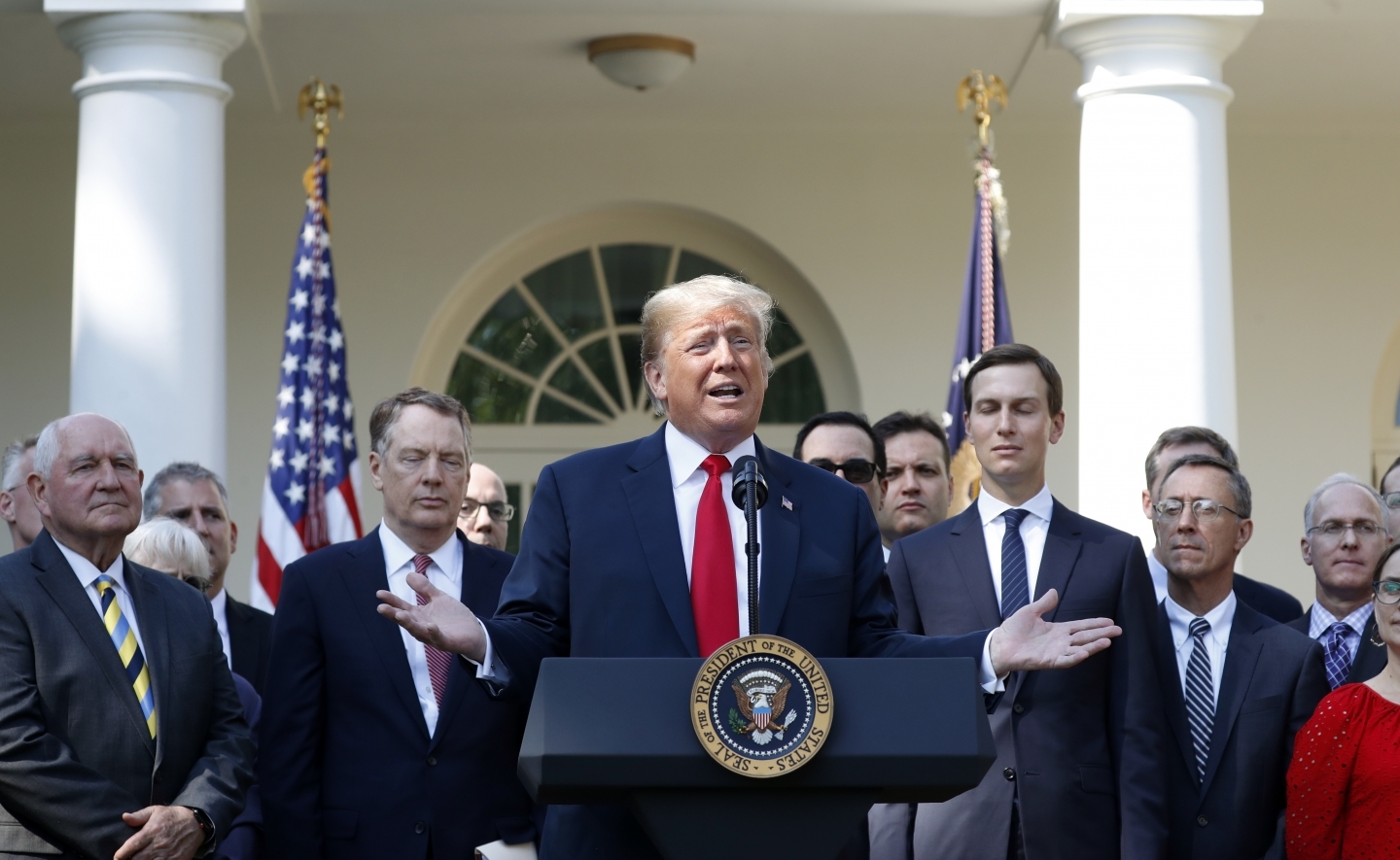 The new United States-Mexico-Canada Agreement (USMCA) has been getting a lot of attention and scrutiny regarding its impact on the auto sector and dairy industry. Less tangible trade issues, however, have been overshadowed; the USMCA’s technology and intellectual property (IP) provisions are worth unpacking.

The agreement is still a long way from being ratified, and there may be changes proposed by the US Congress (or, in theory, by the Canadian Parliament). However, as it stands it represents significant changes and potential constraints to Canada’s future trade and prosperity, especially in the areas of technology and IP.

Arguably, the USMCA is neither a big win nor a substantial loss for Canada. In some areas it provides clarity and certainty, while in others it illustrates gaps in public policy that will have to be addressed.

For example, much of what Canada agreed to was already part of the Trans-Pacific Partnership (which the United States has withdrawn from). In the USMCA negotiations, Canada resisted even stronger IP demands from the United States, and perhaps this agreement reflects a reasonable compromise.

One particular change is the extension of copyright terms from 50 to 70 years after an author’s death, bringing Canada in line with existing American and European laws.

Some argue that this extension could negatively impact Canadian culture by preventing or delaying works from entering the public domain. It could also increase the cost of education, by limiting what gets into the public domain. The change also conjures fears of “scope creep.” Copyright terms are 70 years now, but what is to say that the term won’t be further extended in years to come?

In an interview with The Globe and Mail, CIGI Senior Fellow Michael Geist said that the copyright term extension “will make it more difficult to access and disseminate [copyrighted] information for the benefit of all Canadians.”

Of course, as with many trade pacts, the elements criticized by one party are celebrated by another. The Canadian Music Publishers Association lauded the extension of copyright and said it provided a solid foundation for the flourishing of the Canadian content industry, in particular because of the cultural exemptions that were held over from the North American Free Trade Agreement.

Similarly, Canada also benefits from being able to retain the “notice and notice” response system for infringement, which focuses on education and awareness rather than punishment. This system means that internet service providers can discourage their subscribers from copyright infringement, without having to disconnect them or entangle them in unnecessary legal battles.

For example, the USMCA forbids Canada from adopting data localization policies. These are policies (which currently exist in Nova Scotia and British Columbia) that require that the personal information of Canadians be stored on computers and data centres physically located in Canada.

Data localization is about ensuring that Canadian information is protected. If and when that information travels outside of Canada, it may no longer be subject to the same laws that govern privacy or lawful access. 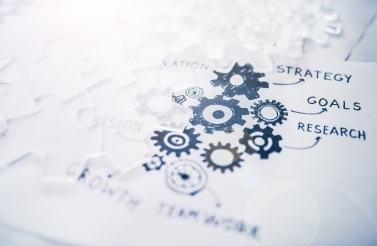 Existing Canadian data localization policies and a general desire to avoid Canadian data being subject to US laws resulted in considerable development in building domestic cloud capacity. Both foreign and domestic cloud companies have made major investments into building Canadian-based data centres. These investments could now be curtailed due to decreased demand and prohibitions against data localization.

The agreement also talks about how the transfer of information across borders shouldn’t be restricted, which is significant, given how much Facebook, Google and other tech giants make off Canadians’ personal information. In short, the free flow of information across the border is likely to benefit the United States far more than Canada.

There are, however, hopeful developments in the USMCA within provisions for protecting privacy and fighting spam. While it is not yet clear how these provisions will manifest, some speculate that US companies will have to comply with Canada’s anti-spam legislation when emailing Canadians, and with Canada’s privacy laws when engaging with Canadians.

While privacy and spam are long-standing digital issues that most internet-savvy Canadians have some familiarity with, algorithmic transparency and platform regulation are not yet on every platform user’s radar. This lack of awareness brings risk; as companies like Facebook and Google continue to grow in size and scope, their impact on citizens — from ad targeting to data collection — will grow too.

Fortunately, the USMCA provides the seeds for algorithmic transparency and the regulation of artificial intelligence. Article 19.16 of the agreement focuses on source code, and acknowledges that a regulatory body or judicial authority may need to scrutinize what an algorithm is doing, how and why.

It is an important provision, given the growing role of algorithms in society. However, algorithms do not exist on their own — they tend to be part of larger platforms and services.

These platforms and services benefit greatly from the safe harbour provisions found within the USMCA that could free internet companies from liability for content, which also restrict what Canada can do to regulate such platforms. To qualify for safe harbour, companies must remove violating content, but they don’t have to monitor for infringing activity. Not having to actively monitor makes it easier for companies to depend upon algorithms to sort information, while relying upon users to flag inappropriate content and abuse.

European countries have taken a much different approach, requiring platforms to be responsible for the content they host. Under the USMCA, Canada will not be able to explore such regulatory actions.

The IP provisions illustrate this point. While Canada needs to actively expand the volume and value of IP, the USMCA appears to counter or work against such a need. Take, for example, Canada’s IP deficit (Canada imports more IP than it exports).

Strengthening IP when the nation has such a deficit will just serve to enshrine and entrench that deficit. As a society, we do not own as much IP as the United States does, and we do not (as yet) have structures in place to enable or facilitate increased creation of IP. Hence the current system, which focuses on protecting existing IP — perhaps at the expense of innovation — but does not address our need to dramatically increase the IP we create.

The USMCA reinforces the US patent system at Canada’s expense. Given the current IP deficit, reinforcing the status quo is not in Canada’s favour. The agreement greatly limits the ability to introduce novel IP policy and strategy in the future, and gives significant advantage to US companies operating in Canada, protecting incumbent companies while stifling innovation.

IP touches upon all sectors, and changes in IP laws can have tremendous impacts on Canadians. For example, the extension of the protection of biologics from eight to 10 years could have an enormous cost on health care, given the rapid advances in medicine. Jim Keon, president of the Canadian Generic Pharmaceutical Association, argues that this extension may cost Canada upward of $500 million annually. He also argues that these provisions were negotiated when Canada was not at the table.

As medicines, biologics can be incredibly effective at treating chronic illnesses such as Crohn’s disease and arthritis; however, they can also be incredibly expensive. The generic equivalent of biologics are biosimilar, although — unlike traditional generic drugs — they are still expensive to produce. The USMCA’s extension of the protection of biologics might not only maintain high prices but also discourage the development of biosimilars.

It’s worth keeping in mind that Canada’s domestic pharmaceutical industry is largely focused on generics. As a result, the extension on the protection of biologics primarily benefits US- and European-based pharmaceutical companies.

“We don’t have pharma companies, basically, so this is a pure payment to people who invent it before,” E. Richard Gold, a CIGI senior fellow, said in an interview with The Financial Post. “That [provision] is a pure cost. We’re just throwing money at the United States, and to a certain extent, Europe.”

Seemingly, the USMCA helps US industries — whether pharma, social media or artificial intelligence — continue to grow and prosper, while it limits Canada’s ability to compete in these industries (at least for now).

Perhaps one of the wiser mechanisms built into the USMCA is a new committee on IP rights, created to enable all three countries to better coordinate policies in the future. Its creation suggests that even after (and if) the agreement is ratified, there will be ways in which the USMCA can be disputed, modified or updated. With that in mind, it’s time to shift attention from dairy and autos to other trade provisions that are likely to have significant impact on the digital economy — there is room for debate. 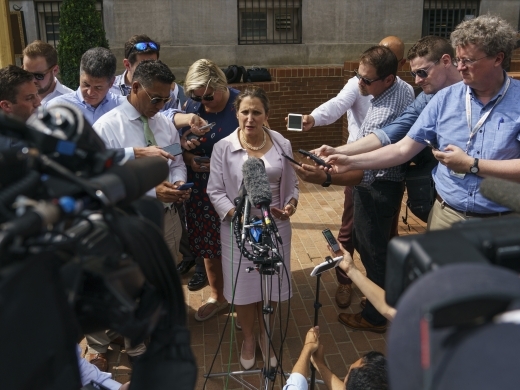 NAFTA/CUSMA
Trade
What Does the USMCA Mean for Canadian Trade? 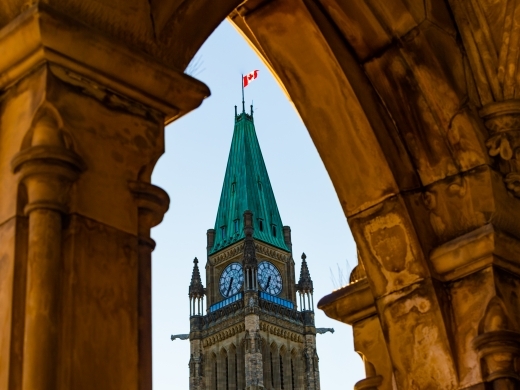