Despite the many areas in which equality for women has progressed, there is still a long way to go in achieving gender parity in technology and data governance. Too often, women are left out of policy-shaping discussions about data use, privacy, ethics, algorithmic function or content moderation, to name just a few areas. Their exclusion has had some devastating results: gender bias is built into our software; algorithms contribute to systemic oppression; moderation policies disproportionately silence women; and increasingly, technologies facilitate gender-based violence. Without the meaningful involvement of women in their design and governance, technologies will continue to reinforce inequality.

To challenge this norm, and to celebrate how women’s contributions have improved the research, regulation and development of technology, we asked three CIGI fellows: Which women inspire your own work, and how has their research or advocacy shaped technology and data governance? This article compiles their responses.

When I think about the people whose research and advocacy have educated and influenced me, I think of those who, one, have had to live the consequences of systems designed without them in mind, and two, approached that challenge creatively, humanely and expansively.

These women have approached technology governance from different disciplines and perspectives, but what unites them, in my mind, is their creativity, their courage, their clarity of purpose, and, most of all, their humanity.

There are far too many to name here, but a short list would inevitably include Dr. Joy Buolamwini, the poet of code, who evangelizes algorithmic justice while channelling the voice of Sojourner Truth; Drs. Timnit Gebru and Margaret Mitchell, formerly members of Google’s ethical AI team, who spoke truth to power at great personal cost to themselves; Dr. Cathy O’Neil, whose book Weapons of Math Destruction made the impact of algorithmic decision making tangible (bonus points for a pretty great pun); and Dr. Safiya Noble, whose book Algorithms of Oppression conveys the pervasiveness, insidiousness and emotional wallop of biased search results. These women have approached technology governance from different disciplines and perspectives, but what unites them, in my mind, is their creativity, their courage, their clarity of purpose, and, most of all, their humanity.

My work has always been inspired by the lives of ordinary women — how they use technology in creative ways, how they build new inclusive spaces and how they resist the dominant, masculinist ways of building and including. I learn so much by witnessing activist women like Mariame Kaba, Tarana Burke, Dr. Wandia Njoya and even Greta Thunberg mobilize around causes like prison abolition, ending sexism, education justice and climate justice, respectively.

Most of what I have learned about platform governance has come from witnessing the work that women do in organizing and mobilizing communities and trying to understand how tech both enables and undermines their efforts. I pay attention to the resistance they meet, the obstacles they encounter and how they navigate them, and try to see how that can be built into initiatives that do not leave women like them behind. Black women have done so much to shape platforms even if the platforms don’t recognize it.

They showed the world what power lay in platforms and yet are constantly left out of conversations about how to build better platforms.

Black women were, for example, the first to use social media for transnational organizing around causes like Rhodes Must Fall, Me Too, #YourSlipIsShowing  and Black Lives Matter. They showed the world what power lay in platforms and yet are constantly left out of conversations about how to build better platforms. I read and learn from women like Dr. Brenda Sanya about how women take technologies that were not built for them and make them their own, even when the platforms repeatedly show them that they don’t care. Tech isn’t built with women — and especially Black women — in mind; watching Black women make tech their own teaches me a lot about what good platform governance should look like and who is at risk when we make rules and regulations while facing Silicon Valley instead of facing the world.

For all that technology is still a male-dominated sphere, there is no shortage of inspiring women engaged with technology and data governance issues. In only mentioning a few here I feel I do a disservice to so many others whose engagement, writing and advocacy make a difference in a rapidly evolving area.

Tracey Lauriault stands out for me as someone who began her journey with technology and data governance issues as an advocate, and who has made a significant contribution to Canada’s open data movement. Tracey is still an advocate, but is now also a university professor and scholar. Tracey is a dynamo who gives her students practical, hands-on experience with data governance challenges combined with rich critical perspectives.

For all that technology is still a male-dominated sphere, there is no shortage of inspiring women engaged with technology and data governance issues.

There are so many great women in Canada who are deeply involved in building data governance frameworks. Gwen Phillips of the BC First Nations’ Data Governance Initiative is one of these; she is both a builder and a public educator. Ontario’s new privacy commissioner, Patricia Kosseim, is another. Patricia has had a long and distinguished career in privacy and data governance across different sectors and agencies. 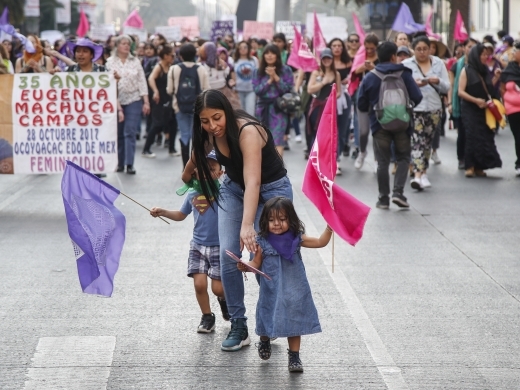