Immigration After Brexit: Slough's Diversity — and Economy — Could Suffer 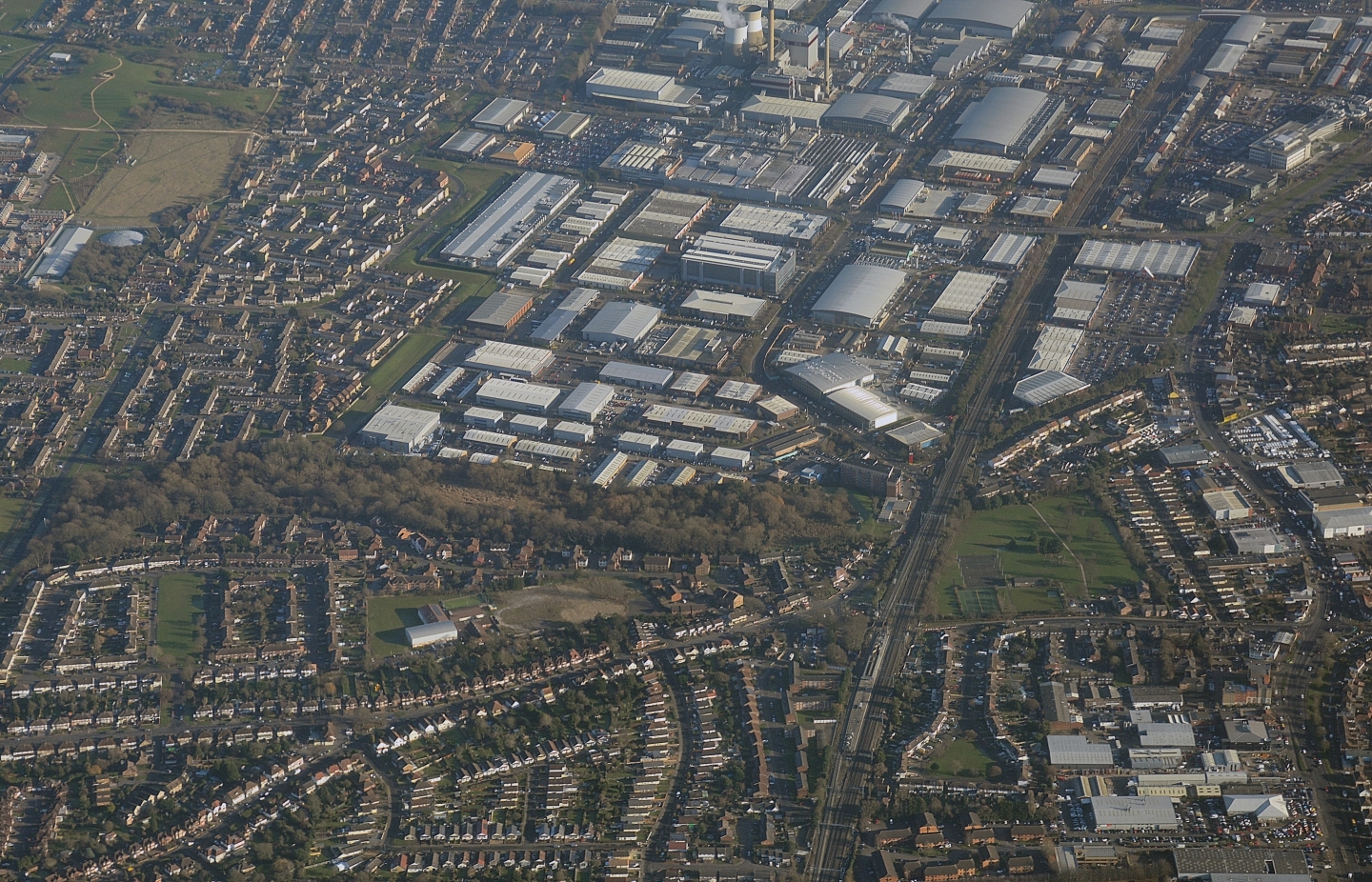 Slough, a large town in Berkshire, sits around 32 km west of central London, nestled on the very edge of the Greater London area. Known for its industrial estate and its position at the intersection of three major highways, it does not have a glamorous image. In 1937, the poet John Betjeman immortalized the town with the infamous lines: “Come, friendly bombs, and fall on Slough! / It isn’t fit for humans now.” Betjeman later regretted the harshness of this poem, which posited Slough and its rapid industrialization as a sign of ominous modernity.

Despite its negative portrayal, for many years, Slough has been booming. It has one of the lowest unemployment rates in the United Kingdom: in 2017, unemployment stood at 1.4 percent, around one-third of the UK average. There are several reasons for this. The much-maligned Slough Trading Estate — the largest industrial estate in single private ownership in Europe — provides over 1700 jobs in 400 businesses. The town is home to the largest number of global corporations outside of London, hosting the UK headquarters of Mars, McAfee, Lego and Burger King, among other firms. But Slough’s successful local economy could run into problems. A recent paper by the Centre for Cities and the London School of Economics found that Slough was one of the five places in the United Kingdom most likely to be hurt by Brexit — through changes not only to migration but also to trading rules, given the prevalence of the professional services sector.

Outside the capital, Slough is the most ethnically diverse area in the United Kingdom. More than 150 different languages are spoken here, and the last census found that two out of every five residents were migrants. People began coming to Slough in search of work in the 1920s. The first wave came from Wales, the next ones from Scotland, then Ireland, then further afield — migrant workers from India and Pakistan were among those attracted by the abundance of jobs. Polish migrants were the first to arrive after the war, and this long-established community grew significantly after 2004, when Slough saw a big influx of workers from Poland, along with people from other Eastern European countries when these nations joined the European Union. Their presence is visible around the town in specialty food markets, delicatessens and cafés. While Slough has often been held up as a model of integration, its increase in migrants has been accompanied by the departure of some white British people. In 2001, there were almost 70,000 white British people living in Slough. By 2011, that number had dropped to less than 49,000. White British people are now a minority in Slough. 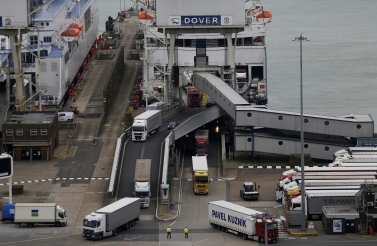 Recommended
Borders After Brexit: Barriers at the Port of Dover

In 2016, the town voted in favour of Brexit by a 54-to-46 percent margin. During the referendum campaign, scaremongering stories about immigration proliferated. A recent study by King’s College London found that media interest in immigration more than tripled in the 10 weeks before the vote; the coverage was described as “overwhelmingly negative.” Given the central role that immigration played in the Brexit referendum nationally, it seems likely that Slough’s Brexit vote was related to this question. Yet, the town’s success can, by no small measure, be attributed to its diversity. “In many ways [high levels of immigration] reflect Slough’s success and ability to draw in international talent,” says Naomi Clayton, policy and research manager at the Centre for Cities. “International migrants create more diversity and there’s evidence that leads to higher levels of innovation and productivity. Businesses can access a wider pool of highly skilled, specialist workers.”

Ever since the Conservative Party came to power in 2010, the UK government has been officially committed to reducing net migration to “the tens of thousands.” In its most recent briefing on Brexit, the government restated that freedom of movement — which allows citizens from any EU member state to live and work in any other — will end when the United Kingdom leaves the European Union. As with all aspects of Britain’s divorce from the European Union, it remains unclear exactly what a post-Brexit immigration policy will look like, but given the political climate, it seems likely that freedom of movement as it currently stands will be over. Beyond that, nothing is certain. It is unclear whether European citizens will have preferential treatment in post-Brexit Britain (the Migration Advisory Committee, an independent body set up to advise Parliament on its future direction, has recommended that they should not), or whether they might move to the complex quota system that non-EU migrants are currently subject to.

“It seems unlikely that many politicians will support unrestricted free movement, given the role that negative public sentiment about it played in the Brexit debate,” says Rob McNeil, deputy director of the Migration Observatory at Oxford University. “But we still don’t know with any detail what the government is going to do or how it’ll work. There will still be alternative routes into the country for people to do particular jobs. This could include a new seasonal agricultural workers scheme, and the extended youth mobility scheme could also provide workers.”

Numerous analyses have found that overall, EU migrants make a positive contribution to the British economy. Migrants pay far more in tax than they claim in benefits, with a net contribution of £7 billion a year. The Office for Budget Responsibility, an independent public body, recently forecast that lower migration would cost £6 billion a year by 2020-2021.  Perhaps this is why a number of British businesses and advocates have expressed alarm over impending drastic changes to the immigration system. The National Institute of Economic and Social Research carried out a study that concluded that “the end of free movement of people from the EU will damage UK businesses and public service delivery unless post-Brexit immigration policies take account of the need for both skilled and unskilled labour from the EU.” The Confederation of British Industry, the country’s most influential business organization, has argued that “ensuring EU workers are not subject to the same burdensome rules as existing non-EU workers is vital” and urged the United Kingdom to “remain open to talent from around the globe.”

If there was suddenly an end to free movement, as looks increasingly likely, a town like Slough, which has largely built its economic success on migration, will feel the effects keenly. Many international companies are attracted to the United Kingdom expressly because it provides access to the European Union, and so there is a significant risk that at least some of the global corporations centred in Slough could relocate. Some businesses could face a simple shortage in the labour force, not just because of restrictions on European citizens coming to the United Kingdom, but because the nation might become a less attractive destination for workers as the economy is thrown into turmoil. Since the 2016 referendum vote, net migration from the European Union to the United Kingdom has already dropped significantly. In 2015, annual net migration stood at 332,000, while in 2016 it had fallen to 248,000. The Slough & South Bucks Observer reported that, since the Brexit vote, the local “migrant population is still rising, but at a slower rate than before.”

McNeil notes that changes in Slough — for businesses and migrants alike — will not happen overnight. “European migrants won’t be able to arrive in such high numbers. But in the short term at least, those people are not going to be removed from Slough — they’re still going to be there, and Slough’s economy will not be suddenly without access to people. But businesses whose model has been based on access to lots of low-waged workers potentially won’t be able to expand as they have in the past.”

Although the impact of Brexit might be keenly felt here, as an affluent town with a diverse range of jobs for high- and low-skilled workers, it might also be well placed to bounce back.

“If you look at the pattern of recovery from the 2008 recession, Slough and other places in the southeast — London, Cambridge, Reading — were hit quite hard at least initially, but they recovered at a much faster rate than a lot of other areas,” says Clayton. “This is in part because they tend to have a much more diverse high-value business base and a highly skilled workforce, and that means they found it easier to adapt to these changes and grow. Some other places might not be hit quite as hard initially by Brexit but are starting from a position where they’ve already got higher unemployment rates and are still struggling with the after-effects of previous recessions.”

As the March 2019 deadline for the United Kingdom to leave the bloc fast approaches, politicians must balance the concerns of voters who backed Brexit because they wanted to reduce immigration, with the pressing concerns of businesses who depend upon it. At the same time, the economic impact of changes to migration must be kept in perspective. A recent report by the Migration Advisory Committee offered a powerful counterpoint to the persistently anti-immigration noise that has proliferated, noting that there was no evidence that European migration had damaged life in the United Kingdom. It pointed out that the actual impact of the fall in the value of the pound during the referendum campaign affected the United Kingdom more significantly than all European migration, including the much-criticized influx that took place after the accession of Eastern European countries in 2004.

When Britain finally leaves the European Union, it is likely that changes to customs and trading rules will have a more drastic impact on the British economy than migration. But, of course, the effect of such changes goes beyond pure economics. Britain’s post-Brexit immigration policy will determine not only the future direction of Slough, but the very fabric of the country. 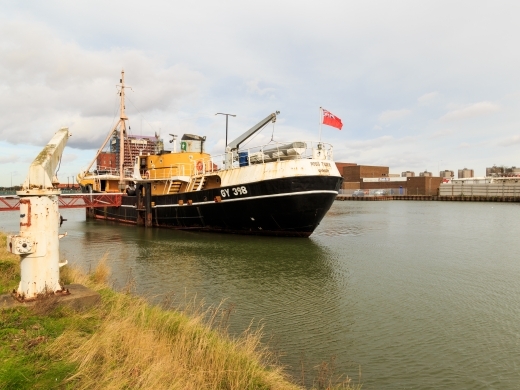