In Trump versus Big Tech, the Giants Are Vulnerable

The tech giants have not demonstrated they can be trusted to responsibly handle the sword and shield Congress provided for them through the passing of Section 230 back in 1996.

Like the proverbial stopped clock, Donald J. Trump is usually wrong but, from time to time, by happenstance, he happens to be right.

His critique of Section 230 of the United States Communications Decency Act — which is at the heart of his recent lawsuit against Facebook, Google and Twitter — is one such instance.

Trump’s suit against the tech giants accuses them of censoring him by shutting down his accounts for violating their policies, which, make no mistake, they were right to do, with the Capitol in ruins and Trump riling up the rioters. Experts think there is little chance that his suit will succeed on legal grounds because he is claiming that the tech giants violated his First Amendment rights by exiling him to a social no-man’s-land.

But the First Amendment, like section 2 of the Canadian Charter of Rights and Freedoms, is designed to protect speech from government interference, not from internet platforms. Forcing Twitter, Facebook and Google to carry Trump content would be an intrusion on their freedom of speech, akin to forcing a publisher to print books it doesn’t want to.

But Trump is right, has always been right, when he complains about Section 230, and his lawsuit will be useful if it leads to greater legal and political scrutiny on the clause, giving President Joe Biden political cover for changes.

The outcome will matter north of the border as well, because the Canada-United States-Mexico Agreement (the North American Free Trade Agreement’s replacement) requires Canada to adopt similar provisions in this country, which will have implications for our government’s legislation, including Bill C-10 and a promised law on online hate speech. That means that as our Parliament wrestles with new ways to regulate the online world, it will have to do so in a way that allows internet companies to do business here more or less as they do in the United States. If the Americans are also reassessing Section 230, there’s hope that we won’t have to live in a permanently disinformed hellscape, just to preserve access to our primary market for car parts, lobsters and cedar shingles.

This is not to say that Section 230 is, in essence, terrible. Back in 1996, when Congress passed it, the law created the unregulated space that allowed tech upstarts to prosper. Writer Jeff Kosseff calls Section 230 the “twenty-six words that created the Internet.” 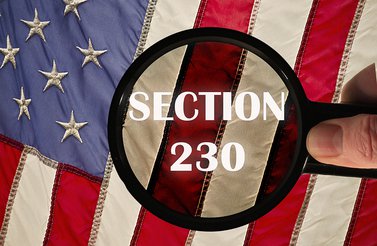 The law has two components, the sword and the shield, but Kosseff was talking about the 26 words of the shield: “No provider or user of an interactive computer service shall be treated as the publisher or speaker of any information provided by another information content provider.”

In the long-ago days of CompuServe and campus dial-up connections, Section 230 allowed computer nerds to set up online bulletin boards where people could share information without living in fear of libel law.

The core tenet was that “interactive computer services” were not publishers, and did not assume the kind of legal liability that the local newspaper did if it allowed someone to write a letter to the editor, falsely alleging, say, that the mayor was in the pay of organized criminals. So the campus nerd running the municipal politics bulletin board didn’t have to worry about being served papers by the mayor’s lawyers for what commenters wrote about the mayor, or the local pizza place. And so on.

That was the shield. The sword was a “Good Samaritan” clause that allowed platforms “to restrict access to or availability of material that the provider or user” found objectionable. That meant that the nerd was allowed to take down the false posting about the mayor.

So, Congress gave those early innovators a sword and a shield and let them do what they wanted. And it has worked out fabulously well — for the tech giants. The rise of the internet titans has created an enormous amount of wealth, and kept the United States at the bleeding edge of innovation at a time when China and other low-wage jurisdictions were undercutting the West in the marketplace for manufactured goods. There was an excited political consensus around the awesomeness of the information superhighway back in those cheery days, and questions of the public interest went to the back burner.

The shield given to the industry was too strong. Consider the case of Matthew Herrick. Herrick endured a campaign of harassment after his abusive ex-partner set up a fake profile for him on a dating app, Grindr, sending a flood of more than 1,000 strangers to Herrick’s home and workplace. Fearing for his safety, Herrick contacted the police and received an order of protection, but the harassment continued. He made more than 50 requests to Grindr to shut down the fake account, but the platform refused. Herrick sought out Carrie Goldberg, a victims rights’ lawyer, who recently wrote about the case, Herrick v. Grinder LLC. Herrick sued, repeatedly, and lost, repeatedly, because of Section 230. The judge ruled with the prosecution “on the moral argument, but with Grindr on the law,” spurring Goldberg to “set out to ruin Section 230.”

In a way, we are all Matthew Herrick now, prevented from seeking redress because of Section 230.

The tech titans, which are now more powerful than governments, have monopoly power, huge amounts of money, lobbyists and lawyers. They do not want to have to worry about Matthew Herrick, or anti-vaccination disinformation, Russian election interference or pogroms in far-off countries. They want users to be engaged. It is not in their business interest to worry about why we are engaged. Matthew Herrick’s pursuers were engaged, as are anti-vaccine activists and the killers in Myanmar.

The banning of Trump is tacit acknowledgment by the tech titans that they let things get out of hand. They have been forced to use the sword that Congress gave them, and in so doing made it obvious that someone else should likely be wielding it. Facebook, which has long sought to avoid taking responsibility for the social consequences of its network, felt it had to set up a quasi-judicial Oversight Board, the existence of which ought to be proof enough that the company is not being properly supervised by the real judiciary.

The path forward is not easy. We should resist having governments decide who has the right to say what online, and it’s all too easy to imagine overzealous Canadian regulators forcing political correctness on journalists, but the tech giants have not demonstrated that they can be trusted to responsibly handle the sword and shield Congress provided for them back in 1996.

Law makers have been negligent. It is time for them to do the work they have neglected and regulate the out-of-control tech giants. 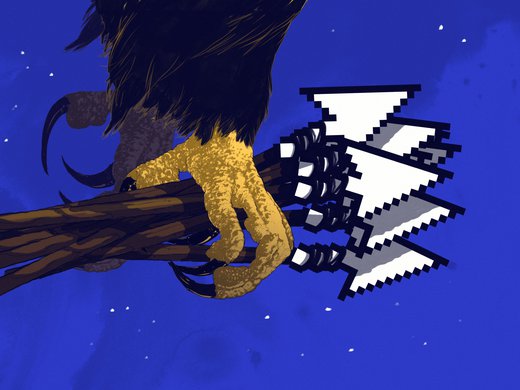 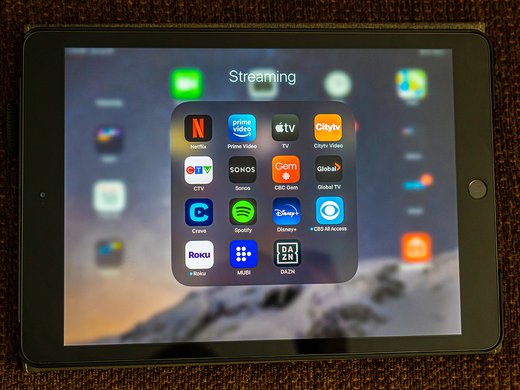