Inauguration Ushers in Return of Reaganomics 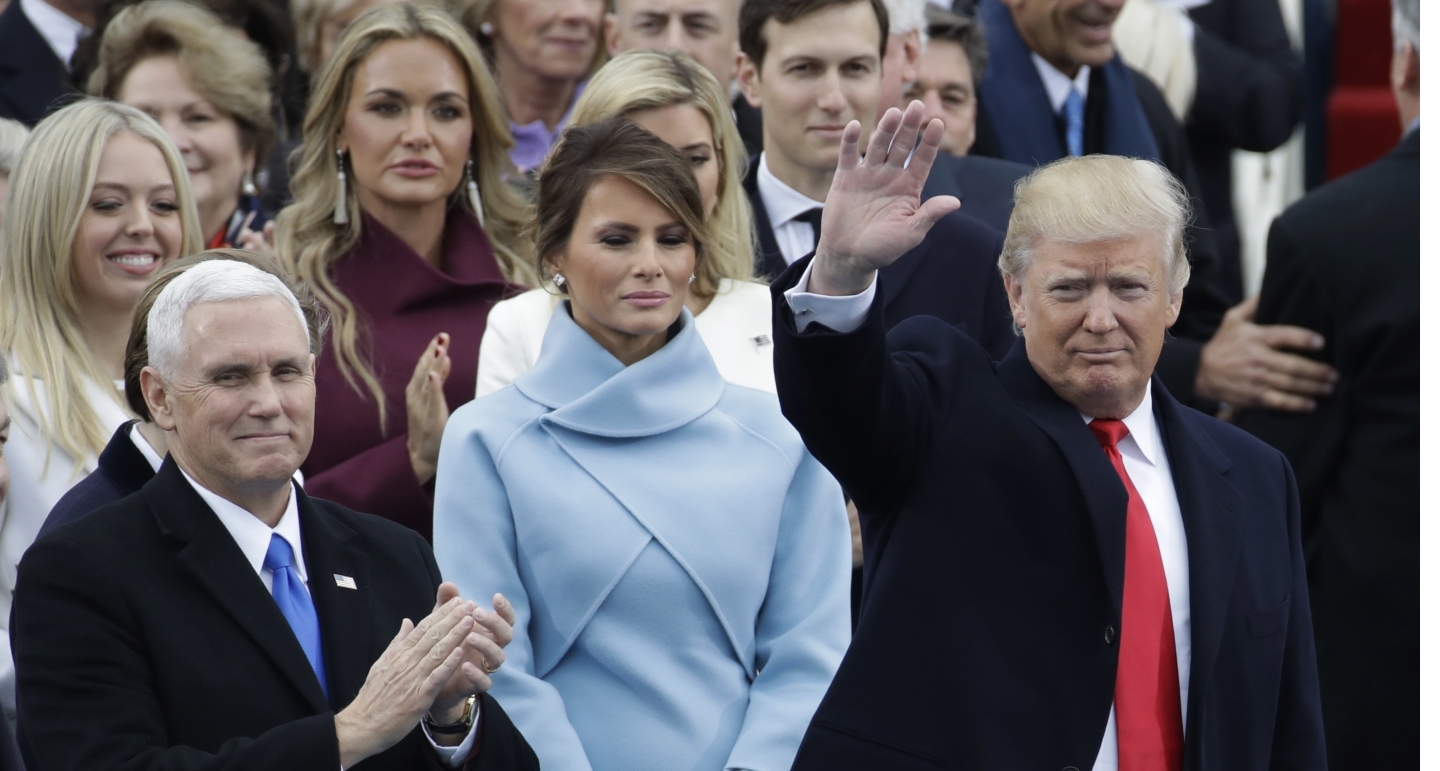 US President Donald Trump at his inauguration (AP Photo)

I’m too young to know much about Arthur Laffer, the Yale- and Stanford-educated guru of supply-side economics. By the time I took an interest in macroeconomics in the late 1990s, Laffer’s ideas were about as relevant as the music of Corey Hart and sunglasses at night. Ronald Reagan’s tax cuts clearly hadn’t paid for themselves, as Laffer, who served on the president’s Economic Policy Advisory Board, and other disciples said they would. The focus of mainstream policy in the United States, the United Kingdom and Canada was fiscal prudence, low interest rates and freer trade. “Trickle-down” economics had become a punchline. If not for the op-ed pages of the Wall Street Journal and a couple of think tanks, the ideas of Laffer and others would have disappeared from mainstream view.

The inauguration of Donald Trump as the 45th president of the United States gives supply siders new life. Laffer predicted Trump would win, suggesting he may have a better sense of the current American condition than the dozens of Nobel laureates and former officials who dismissed the president. He and others from the Reagan White House helped develop Trump's economic platform, which is an echo of Reaganomics: big tax cuts, heavy spending on defense and infrastructure, and repeal of Obama-era environmental and financial regulation. The consensus was a Trump victory would bring chaos and fear. Not on Wall Street, where equity prices have surged some 5 percent since election day. The supply siders can barely contain their glee.

“They are terrific,” Laffer said of Trump's tax proposals in an interview with National Public Radio. Wilbur Ross, the billionaire turnaround specialist who is Trump’s pick for commerce secretary, said that the administration will “prove” that tax cuts do in fact increase revenue.

I have found it difficult to find much good to say about Trump. There are excellent reasons for anyone who believes in equality, open borders and a free press to have been filled with foreboding as the president was inaugurated. But on the economic file, a closer look is warranted.

“Beware of pundits who are certain Trump will bring economic catastrophe,” Kenneth Rogoff, the Harvard professor and former IMF chief economist, wrote. “At the risk of hyperbole, it’s wise to remember that you don’t have to be a nice guy to get the economy going. In many ways, Germany was as successful as America at using stimulus to lift the economy out of the Great Depression.”

The view that an erratic and protectionist president would terrify investors appears to have misjudged the calming effect of one-party rule in Washington. For the first time since 2010, the American public can reasonably expect something other than legislative gridlock. That should be good for business confidence, especially when the item on the top of the Republican agenda is cutting corporate taxes to as low as 15 percent from the current federal rate of 35 percent. (The effective rate is much lower.) Rogoff isn’t an advocate of supply-side economics — his emphasis in recent years has been the perils of excessive public debt. Yet he says it is reasonable to predict that Trump will achieve his primary economic goal, which is to drive annual GDP growth towards 4 percent. Perhaps the most disappointing element of the US recovery from the financial crisis has been the absence of significant business investment. “Trumped-up or not, tax cuts can be very good for business confidence,” he said.

Rogoff is far from the only reputable economist who is taking a sanguine view of Trump’s economic policy, at least in the short term. Ray Dalio, chairman and chief investment officer at Bridgewater Associates, the world’s biggest hedge fund, compared Trump’s election to the paradigm shifts that occurred in the US, the UK and Germany in the late 1970s, when Reagan, Margaret Thatcher and Helmut Kohl replaced left-wing governments. “If this administration can spark a virtuous cycle in which people can make money, the move out of cash (that pays them virtually nothing) to risk-on investments could be huge,” Dalio told his followers on LinkedIn.

Jean Boivin, the former Canadian central banker who currently is head of economics and markets research at BlackRock Investment Institute, said that Trump’s policies could generate growth that would be the equivalent of 3 percent of GDP to as much as 23 percent of GDP. The OECD, the World Bank, and the IMF all have raised their outlooks for US economic growth in 2017 and 2018 because of the prospect of fiscal stimulus.

To be sure, an embrace of Trump’s version of supply-side economics requires an assumption that none of the side effects will pose a serious threat. The US economy likely already is growing about as fast as it can without stoking inflation. America has created jobs for 75 consecutive months, the longest streak on record, and the unemployment rate was 4.7 percent in December, which is roughly the rate that the Federal Reserve equates with full employment. A jolt of fiscal stimulus or business spending could force the Fed to raise interest rates faster than currently foreseen.

Trump continues to threaten every automaker that dares import to the US from Mexico with a “big border tax,” and he appears to be serious about overhauling the North American Free Trade Agreement. Unless there is a spike in wage increases, Trump’s policies probably will exacerbate income inequality because his tax cuts favour the rich. The value of the dollar could surge, hurting American exporters, not to mention emerging markets, which will live under a constant threat of financial instability as hot capital is drawn to higher American interest rates.

Executives could choose to use higher profits to repurchase shares rather than investment in research and development or expand their payrolls.

That’s a daunting list of risks, which is why forecasters are approaching 2017 with so much trepidation.

“Trump’s fiscal plans and Republican-led legislation could deliver a boost to US growth, but the magnitude and potential side effects are highly uncertain,” BlackRock’s Boivin said in a note to the firm’s clients.

Lawrence Summers, the Harvard economist and former Democratic treasury secretary, predicted that the enthusiasm that followed Trump’s victory will come to be seen as a “sugar high.” Trump’s approval ratings are remarkably low, and it seems likely that he will disappoint the high expectations of his supporters, Summers argued. Combine that with Trump’s unorthodox approach to international relations, and it is “probable that a cycle of growing disillusion, disappointment and disapproval will set in within a year,” Summers said.

Of course, Summers is one of the thought leaders most responsible for driving the supply siders into the wilderness. But the pragmatic approach to economic policy of Summers and other centrists of the past couple of decades did not do enough to arrest the decline of the Western middle class. Due in no small part to this shortfall, Laffer and his disciples are about to get another shot at proving their theories true. And who knows? Maybe they will get it right this time. They are about to try.