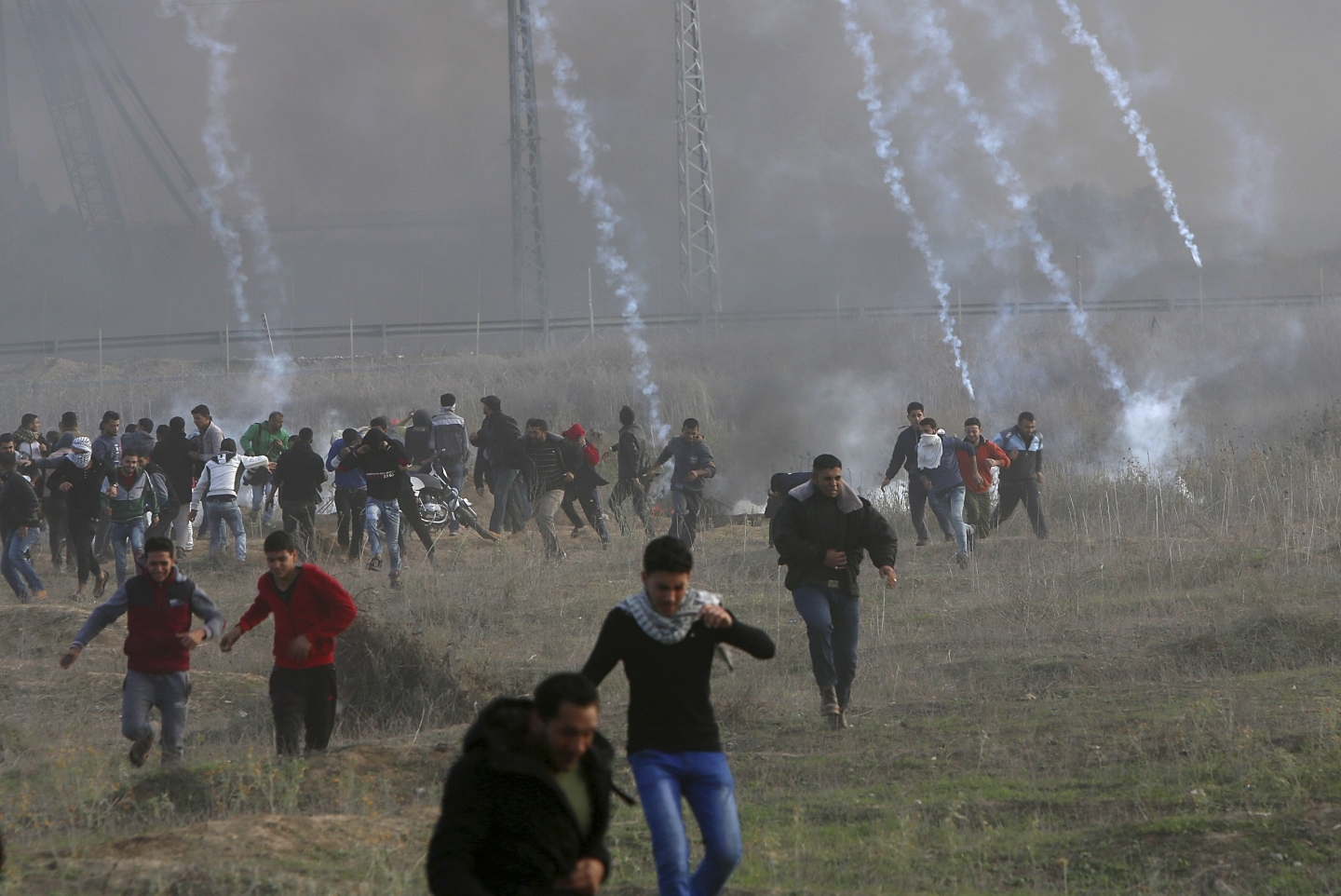 Palestinian protesters run from teargas fired by Israeli soldiers following the US decision to recognize Jerusalem as the capital of Israel. (AP Photo/Adel Hana)

President Donald Trump’s decision to recognize Jerusalem as Israel’s capital will neither doom the prospects of lasting peace between Israelis and Palestinians nor act as a catalyst for new talks between the parties. Rather, this policy is symptomatic of a bigger upheaval in Middle Eastern politics.

The cause of Palestinian statehood no longer tops the foreign policy agendas of the Sunni Arab world. Today, talks in the Middle East are dominated by a single issue: Iranian-Saudi relations. Iran, seeking to prevent a repeat of the catastrophes of the 20th century, seems intent on surrounding itself with friendly regimes to create pockets of support throughout the Arab world. In doing so, Iran has exported its republican-populist-Islamist ideology, which poses an existential threat to the region’s hereditary rulers, including in Riyadh.

Since the Arab Spring, the rivalry between Tehran and Riyadh has intensified, and the last year has seen the strategic relationship between the United States and Saudi Arabia turn in earnest toward the threat both see in Iran. Trump’s decision to decertify the Joint Comprehensive Plan of Action (or the “Iran nuclear deal”) aligns with Saudi policy and was almost certainly celebrated by Riyadh.

Saudi Arabia and Israel have likewise found common cause in containing Iran. Iran has invested so heavily to support the Assad government during the Syrian Civil War in part to have a friendly and subordinate government in Aleppo, giving Iran direct overland access to Lebanon. Hezbollah’s refusal to make peace with Israel and reputation as a defender of the Palestinian people thus rubs off on Iran.

Being seen by the Arab world (but not their governments) as a supporter of Palestinians gives Iran another tool to divide any Arab coalitions that might form against it, but may have helped drive Israel and Saudi Arabia into an uneasy embrace.

It is against this backdrop — and rumours of a Saudi-authored Israel-Palestine peace plan, which “no Palestinian leader could ever accept” — that we have to understand Trump’s Jerusalem policy. The days of official enmity between Israel and the Arab capitals may not be completely behind us.

Arab governments have come to accept Israel’s existence and can live with the status quo in the West Bank and Gaza, as well as the de facto status of Jerusalem as Israel’s capital. Other matters — low oil prices, grassroots demands for political accountability and reform, and the question of who will dominate the region — now dominate policy agendas.

Arab capitals may verbally protest the decision, but no one should count on a substantive or forceful reaction. The Organization for Islamic Cooperation’s call for members to take political and economic action against those who recognize Jerusalem as Israels’ capital should also give leaders some political cover, allowing them to take half-hearted measures against easy targets — such as companies that do business in Israel — rather than sanctioning Washington.

So, if Trump’s Jerusalem policy was nothing more than a domestic political play to appease parts of his base, does it matter?

It certainly does. If the United States is serious about trying to revive peace talks in the region, this decision won’t help. Palestinian President Mahmoud Abbas will need to dig in his heels and resist any American overtures to come to the negotiating table, lest he lose whatever confidence Palestinians still have in his administration.

Prime Minister Binyamin Netanyahu, on the other hand, now has a major accomplishment that he can point to while facing corruption charges.

Trump’s decision also highlights the growing strategic gap between Europe and the United States, as the White House seems to prefer to throw away imperfect (but agreed upon) compromises with its old allies, in order to experiment with high-risk, low-reward formulas backed by a few Gulf states.

The question now is that if the White House is in fact eager to spurn old allies for new, and toss away flawed but hard-fought victories, do others go along, or do they try to revive old negotiating formulas and agreements?

So far, few countries seem to be inclined to follow Washington’s example. The stage seems set for the United States to drift further apart from much of the world about the Middle East.