A Lesson in the Basic Physics of NAFTA Negotiations 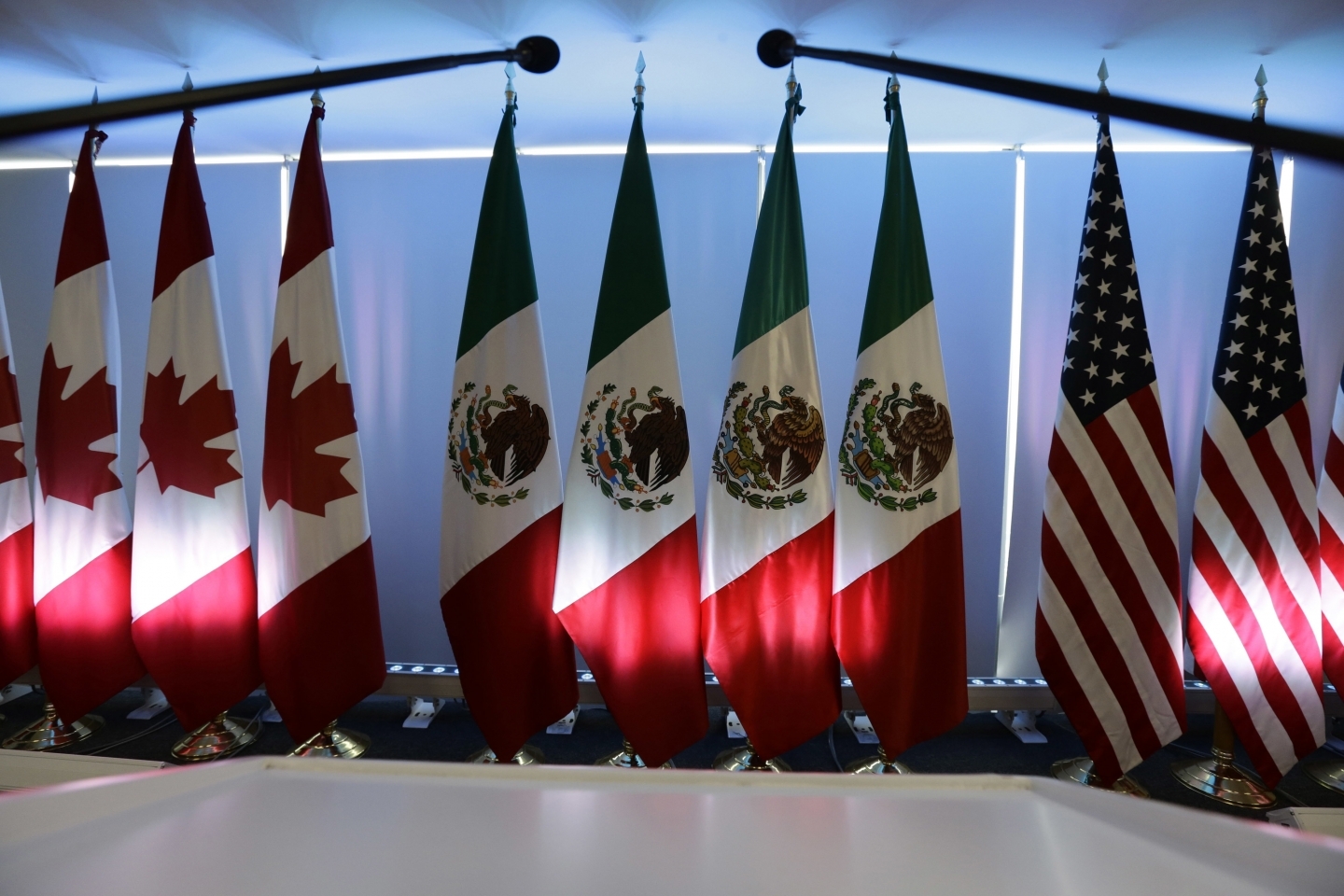 National flags representing Canada, Mexico, and the US are lit by stage lights at the NAFTA renegotiations in Mexico City, Tuesday, Sept. 5, 2017. (AP Photo/Marco Ugarte)

Newton taught us that for every action, there is an equal and opposite reaction. What is true for physics is also true for trade policy. President Donald Trump's efforts to undermine NAFTA negotiations may instead inspire more people to support and defend the agreement.

During the presidential campaign, Trump called NAFTA the worst trade agreement ever. He promised that if elected, the U.S. would withdraw from the agreement. Many observers were shocked; Canada and Mexico are not only neighbors and close allies, but also America’s most important trade partners. While the agreement is outdated, since 1994, NAFTA has helped the three nations stimulate growth and collaborate to address continent wide problems.

After significant public pressure, Trump agreed to renegotiate NAFTA rather than immediately withdraw. Nonetheless, the president’s approach to NAFTA marks a huge change in strategy for the U.S. Since 1934, the U.S. has used trade agreements to delineate how and when nations can put in place trade distorting policies. Trump, however, is determined to reverse more than 80 years of America’s global leadership establishing the rule of law in trade.

The Trump administration does not seem to understand how to negotiate such agreements. Senior officials see the negotiations as a zero-sum game where the U.S. benefits only when Canada and Mexico loses and vice versa. They don’t seem to understand that to get a concession in an area important to the U.S., one must grant a concession. During the fourth round of talks in October, U.S. Trade Representative Robert Lighthizer demanded that NAFTA 2.0 must reduce the U.S. trade deficit in goods and the parties should agree to review the pact after five years (a sunset clause). However, Lighthizer’s tactic backfired. Both Canada and Mexico urged caution; neither nation wants to give Trump an opportunity to sabotage the talks.

Trump administration officials argue that Americans support such disruption, but there is little evidence that they do.

First, polling data from Pew and the University of Maryland Program for Public Consultation shows that many Americans don’t want to abandon NAFTA: Instead, they want trade agreements like NAFTA strengthened with stronger labor and environmental provisions. Moreover, during the 23 years of NAFTA, trade agreement critics in the labor, human rights and environmental communities have created continent-wide partnerships that give these groups leverage to influence NAFTA’s future. They don’t want to lose that leverage.

Finally, many executives are determined to maintain NAFTA and they are organizing their stakeholders to defend it. Alphabet Chairman Eric Schmidt recently stated that the U.S. economy is “critically dependent” on supply chains with Canada. The Global Leadership Coalition, a business group organized to defend trade agreements, surveyed investors in October 2017 and found that 72 percent of investors believe NAFTA withdrawal would harm U.S. economic growth over the next few years.

Congress is also getting antsy. After both Democratic and Republican members of Congress demanded that the Trump administration rethink its NAFTA 2.0 strategy, USTR Lighthizer responded that he only has “an audience of one, the president,” to please. Lighthizer’s response was a major faux pas, given that Congress and the executive branch share authority for trade.

Newton also theorized that a body will continue in its state of rest or motion unless it is compelled to change by outside forces. Trump’s empty vision of trade cannot solve America’s problems of slow rural economic growth or few jobs for low-skilled workers. Americans understand that if Trump pulls out of NAFTA, citizens and policymakers in other countries will not trust the U.S. to keep its commitments or to negotiate new ones. Trump’s trade threats are inspiring an equal and opposite reaction — growing numbers of Americans are rising to defend NAFTA.