The ongoing failure to update the WTO dispute settlement system will inevitably undermine its effectiveness, right when it will be needed most 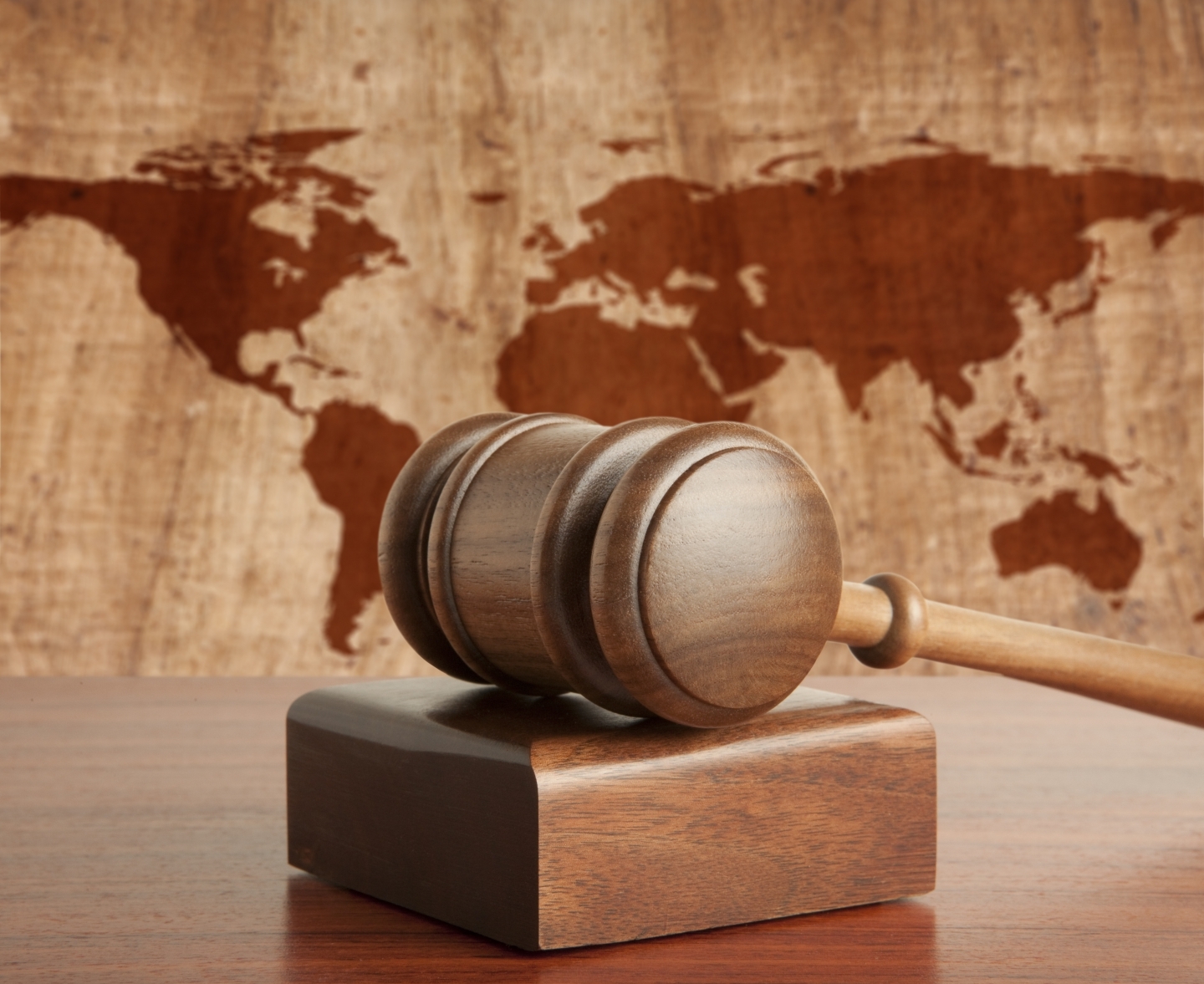 As the Eleventh Ministerial Conference of the World Trade Organization (WTO), scheduled for December 10–13 in Buenos Aires, Argentina, approaches, the multilateral trading system faces some of its greatest challenges in decades. Efforts to update trade rules to reflect evolving global economic realities have achieved only limited success. Instead, a growing popular backlash against globalization threatens to create even more trade friction between states.

While the WTO dispute settlement system has historically been effective in dealing with protectionism, it appears increasingly ill-equipped to address many modern trade disputes in a timely, effective and inclusive manner. While developing countries have complained for years about the inaccessibility of the system, developed countries have recently begun to raise concerns as well. Even the United States, which probably did more than any other country to establish the current system, is expressing doubts.

Looking beyond the current impasse related to staffing the Appellate Body, broader challenges arise from the changing nature of disputes and from certain features of the system itself. Increasingly sophisticated participants now present more complex argumentation and evidence in disputes that often involve more complicated regulatory and scientific subject matter. Accordingly, the volume of inputs and outputs is far greater than in the earlier years of dispute settlement in the WTO. With only minor variations, all disputes and all disputing parties, regardless of the complexity and value of the individual disputes, follow a singular path to resolution, one that has become more adversarial and legalistic in nature.

The result is that a trade irritant between two WTO members must meet an ever higher threshold of commercial or political significance to justify the human, financial or political capital necessary to initiate a formal dispute. This puts the existing dispute settlement mechanism increasingly out of reach to address irritants that affect the trade of smaller economic interests, such as those in many developing countries and those of small and medium-sized enterprises in developed countries.

Despite recent increases in the resources allocated by the WTO Secretariat in support of dispute settlement, it cannot hope to keep pace with the increasing demand and complexity. At the same time, almost two decades of effort to improve the dispute settlement rules through consensus treaty amendment have failed to achieve even the most modest changes, and breakthroughs are unlikely in the current environment. The ongoing failure to update the system will inevitably undermine its effectiveness and accessibility right at the time it will be needed most.

In response to these challenges, new approaches are required, both to the dispute settlement practices and to the legal instruments that will be necessary to bring about such new practices.

Multilateral dispute settlement could be made more accessible and inclusive if it offered options for alternative dispute resolution on a legal footing equal to the existing adjudicative process. The WTO Dispute Settlement Understanding (DSU) provides 16 detailed provisions on the adjudicative process, but only one provision on conciliation and mediation, and only one on arbitration as an alternative.

Other existing alternatives, such as public review in certain WTO committees and trade policy reviews or through confidential consultations under article 4 of the DSU, may work for some types of disputes, but are ineffective for many others. Improved options for alternative dispute resolution could bridge the gap between these non-binding, non-facilitated and often public options on the one hand, and the increasingly complex adjudicative process on the other.

For example, article 5 of the DSU allows the director-general to offer “good offices, conciliation and mediation.” However, the absence of predictable procedures, and the requirement that formal article 4 consultations first be initiated, has dissuaded WTO members from using the director-general’s services. A more detailed and predictable mediation mechanism — one that eliminates the requirement for DSU consultations and provides options for the choice of mediator — might entice more governments to consider this option.

Similarly, article 25 of the DSU offers arbitration as an alternative, while preserving WTO enforcement rights. However, this option will rarely be used, because once a dispute has commenced it becomes impossible to reach agreement on ad hoc arbitration procedures. A more elaborated procedure could make expedited arbitration — which might include a single submission, single hearing, single round of questions and answers, perhaps even a single arbitrator, and not subject to appeal — available when certain conditions are met, such as for disputes below a certain monetary threshold. It would be like a small claims court for trade.

In the current environment, it is unrealistic to expect that these mechanisms will be introduced through multilateral consensus. Instead, such innovations — among other improvements to dispute settlement practices — can be developed through ex ante plurilateral procedural protocols, or understandings agreed and signed prior to the commencement of disputes and applying only in disputes between signatories.

Ex ante plurilateral protocols offer several advantages. They avoid not only the paralysis of multilateral consensus treaty amendment but also deadlock between parties trying to agree on ad hoc arrangements in specific disputes. As agreements on specific issues, among subsets of members and set out in discrete instruments that can be abandoned more easily, they allow for low-risk experimentation that will build confidence in new approaches. They are also more transparent and predictable than the current approach of new practices emerging from ad hoc bilateral procedural agreements.

They also face several obvious constraints. For instance, a plurilateral dispute settlement protocol cannot affect the institutional or multilateral aspects of the system, such as the decision-making rules, the functions of the Secretariat, the number of members of the Appellate Body or the process used to appoint and reappoint them. And they cannot undermine the rights or obligations of non-signatories, for example, by eliminating the right of third parties to participate in proceedings.

Beyond the institutional constraints, any step that depends upon decisions of individual WTO members could conceivably be altered and governed by a plurilateral agreement. Innovations that deviate from mandatory provisions of the DSU could be agreed on the basis of principles of waiver and consent to non-performance.

Plurilateral protocols could be used to address existing lacunae in the DSU, such as the well-known problems related to sequencing, remand and post-retaliation. They could add additional features to the existing process, such as enhanced third-party rights, improved transparency, more sophisticated fact-finding procedures and an elaborated expert review mechanism. More ambitiously, of course, they could be used to establish more detailed and predictable alternative dispute resolution mechanisms such as mediation, conciliation and expedited arbitration.

Building Confidence for the Future of State-to-State Dispute Settlement

As good as the WTO dispute settlement system is, it can be made better by being accessible to a wider range of disputes and a wider range of parties. This accessibility can be achieved by supplementing the existing adjudicative mechanism with improved alternatives for mediation and conciliation, and for expedited arbitration.

Faced with paralysis in multilateral decision making, ex ante plurilateral procedural protocols can be used to promote experimentation, build confidence, provide transparency and greater legal certainty and, ultimately, foster a more organic evolution of the dispute settlement system. Effectively, the DSU could be seen not as a self-contained dispute settlement system, but merely as a foundation on which a more comprehensive and flexible system of dispute resolution might be built.

Among other benefits, constructing such an adaptable framework would contribute to preserving the relevance of the multilateral dispute settlement system, by responding to concerns about exclusion from the benefits of globalization of smaller-scale economic actors in developed and developing countries alike. 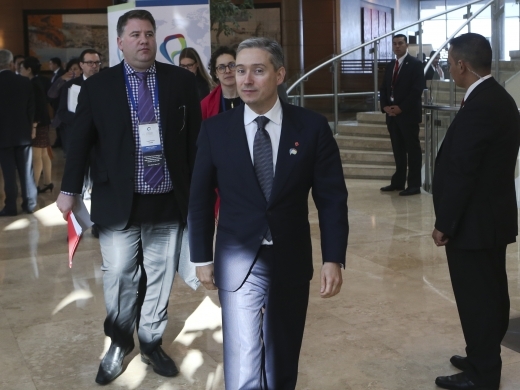