New books by Eswar Prasad, Gottfried Leibbrandt and Natasha de Terán explore the fast-evolving world of cryptocurrencies in an effort to separate fact from hype. Both are helpful additions to the literature.

Books abound on the subject of digital money and finance, the vast majority written by cryptocurrency enthusiasts, with titles such as The Promise of Bitcoin: The Future of Money and How it Can Work for You; Cryptoassets: Why Bitcoin, Ethereum, and Polkadot Will Change the Future; and Bitcoin: Hard Money You Can’t F*ck With; Why Bitcoin Will Be the Next Global Reserve Currency.

Fortunately, alternatives now exist for readers seeking a reality-based perspective, thanks to two recently published books about how technology is changing the monetary landscape. One is by an eminent scholar, Eswar Prasad of Cornell University and the Brookings Institution. The other is co-authored by savvy practitioners who worked at SWIFT (the Society for Worldwide Interbank Financial Telecommunication), the international network for transmitting payment orders — Gottfried Leibbrandt, SWIFT’s former chief executive, and Natasha de Terán, the network’s former head of corporate affairs.

Prasad’s book, The Future of Money: How the Digital Revolution Is Transforming Currencies and Finance, published by Harvard University Press in late September, is a comprehensive tour d’horizon, delivered in accessible prose, of technological innovations — by private companies, governmental bodies and cyberpunk revolutionaries — in payments, lending, insurance and investing. His main message is one of promise versus peril. “The overall impact of this disruption could be beneficial in many ways, potentially democratizing finance and improving the lives of even poorer households by expanding their access to savings and credit products,” he writes. “The new technologies could also, however, unleash major risks….”

Among the clearest examples Prasad cites are central bank digital currencies (CBDCs) that he believes the Federal Reserve, Bank of Canada and other central banks are likely to launch, now that their counterparts in China and the Bahamas are already well under way with their own versions. By transforming the bills and coins they issue into bits and bytes that can be transferred on mobile devices, central banks can overcome a number of problems that have hampered their operations in recent years, notably the ineffectiveness of super-low interest rates in stimulating their nations’ economies. They could “program” CBDCs to offer negative interest rates, Prasad says, thereby giving people strong incentives to spend. Furthermore, the traceability of digital transactions would thwart many of the nefarious activities perpetrated by criminals and tax evaders.

But there are “Orwellian aspects” to all this, Prasad warns: “An authoritarian government could easily use this heightened surveillance of its citizens to smother dissent and protest,” he writes, and “programmable” CBDC could even be “adapted to social engineering” — barring its use for purchasing marijuana, for instance. Therefore, “In every country that is considering issuing CBDC, a societal consensus will have to be developed” regarding the balance that must be struck between efficiency and privacy.

The focus is more narrowly on payments in Leibbrandt and de Terán’s book, The Pay Off: How Changing the Way We Pay Changes Everything (‎published in July by Elliott & Thompson).

The authors spin a tale both illuminating and entertaining about how the payment system in most major economies evolved around banks and, in conjunction with them, credit cards. Remember those machines with the messy carbon copies, that merchants used to record impressions of credit card numbers, and the frustratingly long calls required to authorize large purchases? Turns out that the solution came when an IBM engineer named Forrest Parry, who was struggling to design machine-readable identity cards for Central Intelligence Agency officials, told his wife about his inability to attach a stripe of magnetized tape to a plastic card using glue. “The resourceful Mrs. Parry suggested that he use an iron to melt the stripe onto the card,” Leibbrandt and de Terán write — and thus was born the “magstripe” enabling the completion of purchases with a mere swipe through a card reader.

For such convenience, we collectively pay huge sums — US$1.5 trillion to $2 trillion a year — most of it, the authors explain, raked in by banks for issuing cards connected through networks such as Visa and Mastercard, which charge fees ranging from one to three percent on each transaction. Although those fees are paid directly by merchants, who have little choice but to accept the payment method offered by their customers, the fees end up being passed on to consumers in the form of higher prices. Small wonder that firms such as PayPal, Venmo, Square and Stripe have sprung up to capture pieces of the payments market, or that cryptocurrency enthusiasts cite the elimination of the bankers’ intermediary roles as one of the most compelling justifications for new forms of currency.

The lucre banks reap from payments isn’t their “divine right,” Leibbrandt and de Terán observe, but that doesn’t mean they can be easily replaced. They point out that banks “fund much of the infrastructure that makes it possible to pay,” including the labour-intensive systems required to screen for compliance with anti-money laundering and other regulations, and one of the other essential functions they provide is liquidity. Here the authors use a homespun illustration involving a brother in the Netherlands who asks for a $100 payment to be made from his sibling’s US bank account to someone in the United States; the brother promises to reimburse his sibling an equivalent amount in euros from a Dutch account. “I can easily accommodate my brother’s $100 request, but if he were to ask me to pay $100,000 on his behalf, I’d tell him to take a hike; I wouldn’t have nearly enough liquidity in my US account and, dear to me as he is, I am not going to store funds of that amount on the off-chance that he might want me to use them.” The point is, the authors continue, that “large payments require significant liquidity from banks,” and it’s larger payments “that grease the wheels of international trade and finance.”

Admitting they take a “somewhat unfashionable viewpoint” about the banking sector’s role in payments, Leibbrandt and de Terán write: “We can debate whether banks behave well or badly; whether they pay their senior staff too much and their depositors too little; whether they lend as much as they should to whom they should; and so on. But, on balance, we need them.”

Monetary traditionalists yearning for a lengthy belittlement of cryptocurrencies may be disappointed to hear that neither of these books treats the subject with derision. “Bitcoin’s innovations are truly ingenious and groundbreaking,” Prasad writes, a sentiment echoed thusly by Leibbrandt and de Terán: “The mechanisms behind Bitcoin are pure genius. What’s more, they actually work.”

This is not to say that the authors have drunk the crypto Kool-Aid — far from it. Prasad eviscerates the argument often heard in crypto circles that the strict cap of 21 million on the number of bitcoins that can possibly be created will enhance the currency’s value by ensuring its scarcity. “Remarkably, and in sharp contrast, money issued by the world’s major central banks seems to have value precisely because its supply is infinitely elastic,” he writes, citing as evidence the Fed’s out-of-thin-air creation of dollars during the global financial crisis of 2008–2009 and the COVID-19–related market crash of 2020. “The central bank’s ability to provide such money easily and in massive quantities when the chips are down makes businesses and financial institutions more eager to transact in that money even in normal times, knowing that their counterparts will accept it as well.”

As for Leibbrandt and de Terán, they offer intriguing insights into the possibility that crypto wizardry may well lose out to another futuristic software, application programming interfaces (APIs), which allow two computer applications to “talk” to each other and are key to India’s highly successful instant payment system. APIs “are now truly revolutionising how we pay,” the authors write. “And — sacrilege, we know, for true believers — they can achieve many of the benefits promised by the much touted blockchain technology that underpins cryptocurrencies like Bitcoin.”

Both books are highly skeptical of claims that the US dollar’s status as the dominant international currency will be affected much by the digitization of money and finance. Prasad argues that, if anything, the greenback will gain at the expense of its major rivals as stablecoins — digital currencies pegged to major “fiat” currencies — become more widely used. The most “likely outcome is an erosion in the shares of currencies such as the euro, the British pound sterling, and the Japanese yen, while the dollar remains largely unscathed,” he writes. “After all, stablecoins pegged to the dollar would simply make it easier to gain access to the world’s leading currency.”

Nor should US authorities worry much about the dollar losing ground to China’s CBDC, according to Prasad, whose 2016 book Gaining Currency: The Rise of the Remminbi was about China’s efforts to internationalize its money. “Capital flows into and out of the country remain subject to restrictions,” he notes, and even if that policy were to change, the Chinese currency “will not be seen as a safe haven currency that foreign and domestic investors turn to in times of global financial turmoil,” thanks to the “stranglehold that the Communist Party of China has on the country’s political system.” That will be true, he adds, regardless of whether the currency is digital.

Summing up the brave new world of money, Prasad concludes: “In some respects, the new era will look dramatically different. In others, though, things will remain much the same. 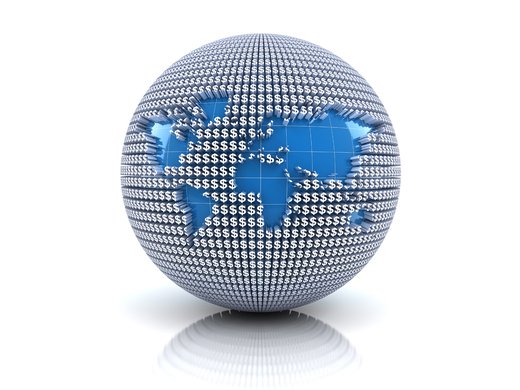 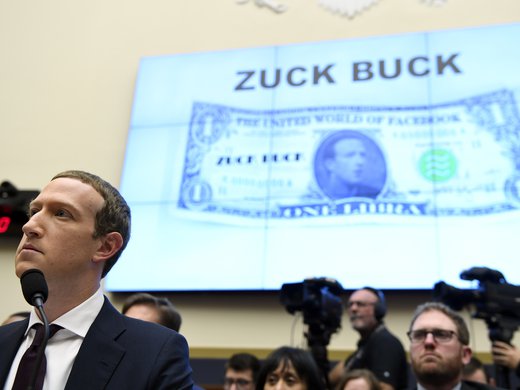 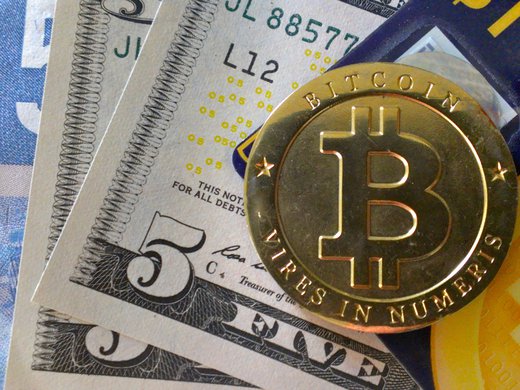 Discussion: The Rise and Rise of Bitcoin