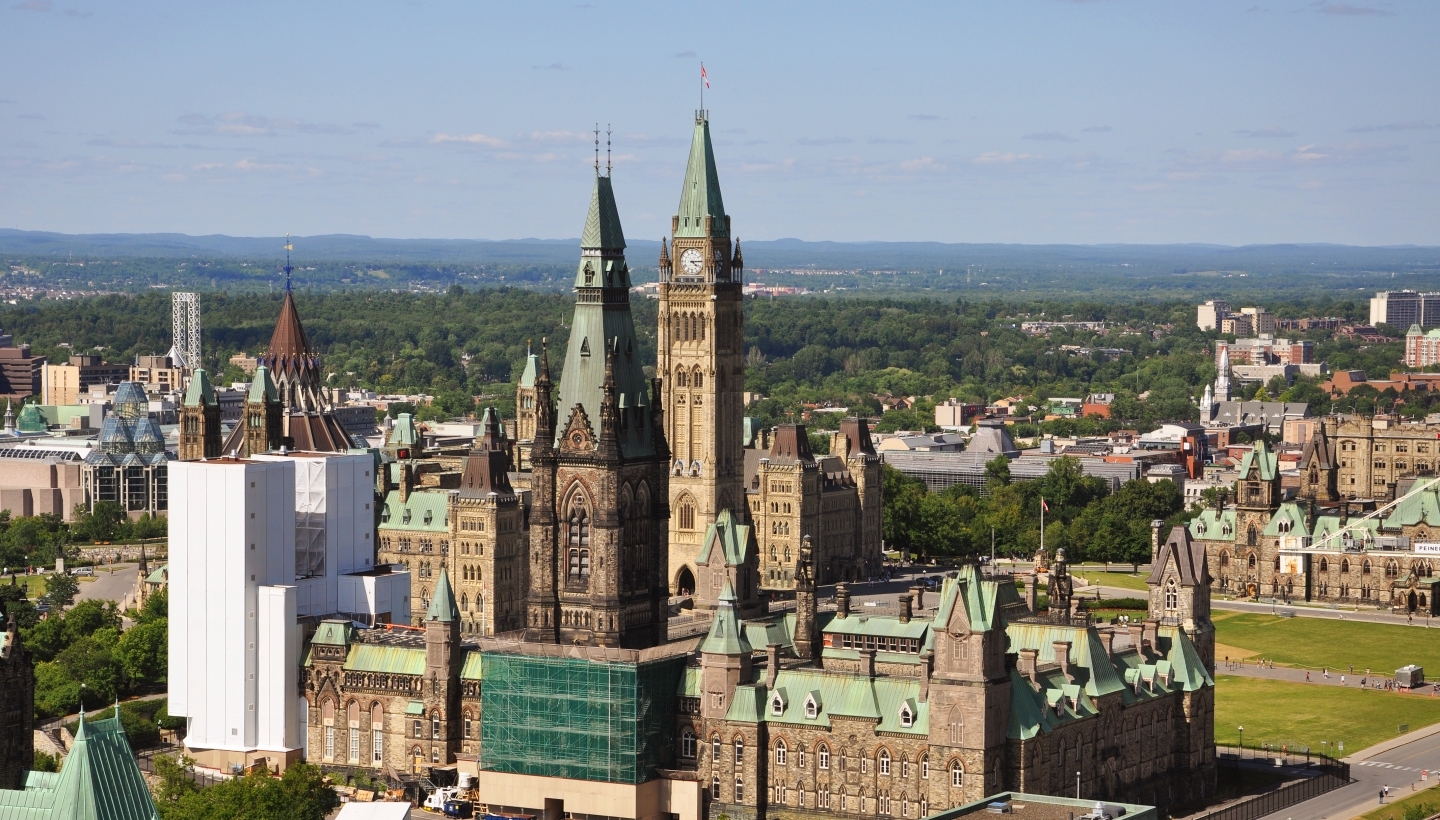 Since being elected in 2015, the Trudeau government has steadily increased the number of reports on national security and intelligence. (Shutterstock)

But while the report is remarkable for being the first such assessment, it is equally important for what it represents: a maturing of Canada’s attitude towards national security issues generally. Canadians can see for the first time that this is a nation that engages in a full spectrum of intelligence activities, have those activities reviewed and look for areas of improvement — without a national breakdown.

Before getting into the report’s findings however, it is important to know a bit about the group that released it. The National Security and Intelligence Committee of Parliamentarians (NSICOP) is not a parliamentary committee (which does the work of the legislature) but a committee of parliamentarians — an executive body of the government that happens to be staffed by parliamentarians. It’s the fulfillment of a campaign promise by the Liberals in 2015 to create an “all-party committee to monitor and oversee the operations of every government department and agency with national security responsibilities.”

Beyond a campaign promise, there were good reasons to establish such a committee. Canada was one of the few Western countries to have no legislative review of its national security and intelligence agencies. But more than being an anomaly, this situation also left MPs (who have no security clearances) in a poor position to question security and intelligence officials in parliamentary hearings. Worse, it left them with little avenue to understand the increasingly complex national security issues Canada is facing. 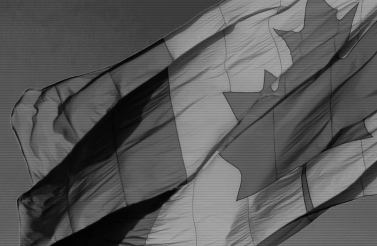 Finally, while some national security and intelligence agencies had their own review bodies (for example, the Canadian Security and Intelligence Service, or CSIS, is reviewed by the Security and Intelligence Review Committee, or SIRC), their ability to review is limited to one agency only — SIRC, for example, can only see what CSIS does, not what the national security and intelligence community does with information that CSIS provides them. Further, review bodies in Canada have been restricted to assessing adherence to law and policy and not efficacy (whether they were doing their job well).

In this sense NSICOP fulfills three important roles. First, it reviews any department or agency with any national security responsibilities to assess whether they are doing their jobs well and/or if there is room for improvement. Second, it provides unprecedented transparency into the Canadian national security and intelligence community — something important for all liberal democracies to strive for. Third, it provides an educative function to other MPs, but also the Canadian public on the security and intelligence community.

"NSICOP provides an educative function to other MPs, but also the Canadian public."

The committee’s annual report — the document released Tuesday — is a legislative requirement. It is presented to the prime minister who then has 30 parliamentary sitting days to table a redacted version to Parliament (and Canadians). Of note, although this was the committee’s first annual report, it was not its first report to Canadians. In February 2018, an NSICOP special report was released following an investigation into the handling of information surrounding the controversial aspects of the prime minister’s 2018 trip to India. While the report was met with scepticism from opposition parties, it did find serious problems with the way threat information from the RCMP is passed on to the prime minister’s security detail and the way it assessed threats to the prime minister.

What Did the Annual Report Find?

For its debut, NSICOP undertook a framework review of how the government sets, reviews and implements intelligence priorities, and an activity review of the Department of National Defence’s intelligence functions.

The intelligence priorities process is complicated, but the main takeaway is that the committee raised concerns that the process is not very strategic which makes it difficult for intelligence collection agencies to prioritize their resources. The report found that the government has over 400 separate “Standing Intelligence Requirements” — many of which are ranked as a top priority. Those are a lot of requests for a small community and, NSICOP notes, those requirements “need to be reconciled with the capacity of the Canadian security and intelligence community.”

The section on the Department of National Defence/Canadian Armed Forces (DND/CAF) intelligence activities is significant for being the first of its kind. While the committee did not find any major controversies, they raised concern about DND/CAF’s overall framework for engaging in these activities.

As the report notes, despite having one of the largest intelligence apparatuses in Canada, very little is known about defence intelligence, the authorities it operates under and its capacities. DND/CAF have the capacity to engage in signals intelligence (SIGINT), imagery intelligence, geospatial intelligence, human intelligence, counter-intelligence, and more, the report says. Yet how and when DND/CAF decides they can use these techniques is unclear. DND/CAF maintain that for any intelligence activity to be used there must be a “nexus” to the mission. However, they were not able to provide a consistent definition of what, exactly, a “nexus” is, referring to it as a “term of art.” 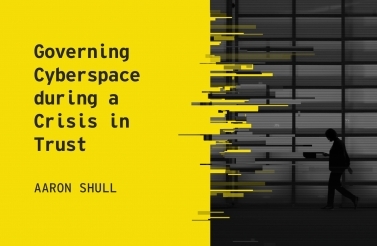 Watch
VIDEO: Governing Cyberspace during a Crisis in Trust

The report also raised concerns over the governance of DND’s intelligence program, including concerns in gaps of internal oversight of compliance with the Ministerial Directive on Defence Intelligence, external review, or a standardized process for interdepartmental consultations.

Therefore, in one of its most interesting recommendations, NSICOP suggests that the size and scale of DND/CAF intelligence operations is such that they may need their own statute, like other Canadian security and intelligence agencies, such as CSIS and (if Bill C-59 passes) the Communications Security Establishment (CSE). While any “Defence Intelligence Act” would have to reflect the unique operating environment, missions and allied relationships the DND/CAF relies on, such a move would increase transparency, improve democratic scrutiny, formalize interdepartmental consultations and clarify definitions. Although it would be a challenge — and heavily resisted by DND/CAF — it is an idea worth consideration.

So What's the Big Deal?

Since being elected in 2015, the Trudeau government has steadily increased the number of reports on national security and intelligence matters that are released on an annual and ad hocbasis. So what is it that makes this report special?

In the first instance, the document talks to Canadians like they are adults: it is candid about the threats and actually names countries that are engaged in malicious activity against Canada and Canadian interests, namely Russia and China. It is the first product from the intelligence community in years to actually name China in this way — and given current geopolitical tensions, it is remarkable that this “naming and shaming” made it through. In this way alone it is unique.

Additionally, the report excels at its educative function. It provides an excellent context piece for each of the investigations it has undertaken that explains the significance of the issue under review. Additionally, the report itself is an excellent introduction to the national security and intelligence community in Canada. It is the first public government document which identifies what it considers to be the “core members” and other departments with national security and intelligence functions. It also discusses what “national security” and “intelligence” are in the Canadian context. This provides useful insight into how the community views its own core tasks.

"Seeing the government response will be important as to how seriously it takes the views of the committee."

It will also issue a special report on DND/CAF’s intelligence activities that collect information on Canadian citizens after having initially failed to turn over information related to this issue. (NSICOP has stated it believes this was an oversight and not malicious.)

Nevertheless, there are questions remaining that would be helpful to answer before the next report.

First, it is not clear what will happen with the recommendations. Will this report generate a few headlines, or genuine change in the way national security and intelligence agencies perform their operations? There is no way to force the government or the community to consider the recommendations, let alone implement them. So seeing the government/agency response to the report will be important as to how seriously the government takes the views of the committee.

Second, while the report must remove classified or sensitive material, it has yet to do this in a consistent way. Occasionally the report simply uses three asterisks to indicate that information was removed. In other cases an explanation was provided as to what was removed, generally. It is not clear what the difference in approach is. Clarifying this is important for reasons of transparency and readability.

Finally, while the threat environment section is very good — and astonishingly candid for a Canadian national security and intelligence agency report — the section on terrorism seems to be missing a discussion of violent extremism other than Islamist terrorism. There is nothing in the report on far-right extremist violence, for example. This is a strange omission and it is not clear if it was a choice of the committee, what they have been briefed on by the agencies themselves or a reflection of the government’s intelligence priorities. Either way, given the prominence of this threat since the Quebec City Mosque shooting in early 2018, and the difficulties in managing how our national security agencies should be dealing with these issues, it would seem an important area for NSICOP to investigate.

In summary, there is much that is positive about NSICOP’s first annual report. It indicates that within a year the committee has developed a refined understanding of its mandate, taken its educative role seriously and raised important questions that should be discussed further.

Nevertheless, there is much that is still uncertain. Will NSICOP’s recommendations be ignored or will they stir further debate? How will NSICOP manage transition after the 2019 election? While it may have to deal with a new government, it is also the case that several of its members will not be running in October. Finding and clearing new members takes time and may prove difficult for a government starting a new mandate.

This report demonstrates the importance of the committee and the role it can play in bringing transparency to an unknown and mysterious part of government. Let’s hope it will continue this good work in the future. 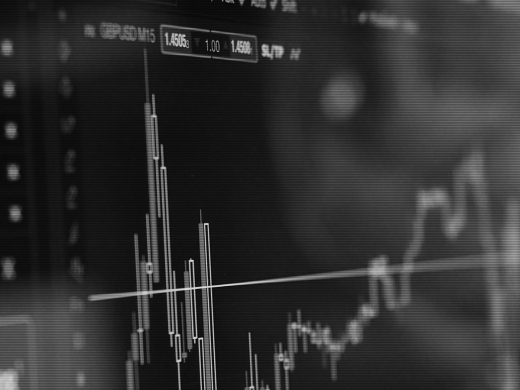 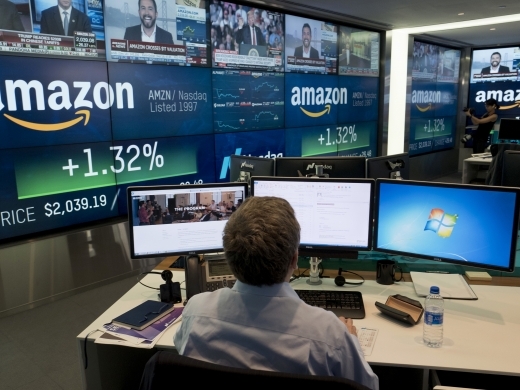 Cybersecurity
Cyber Security Firms Could See a Spike in Investment 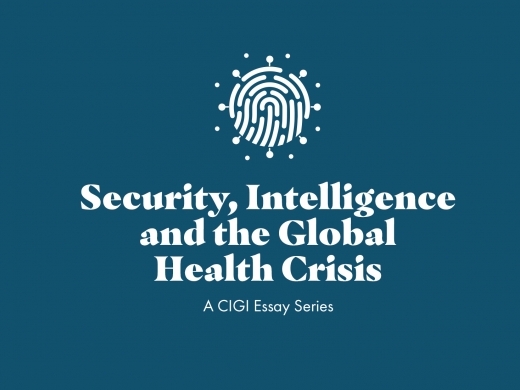