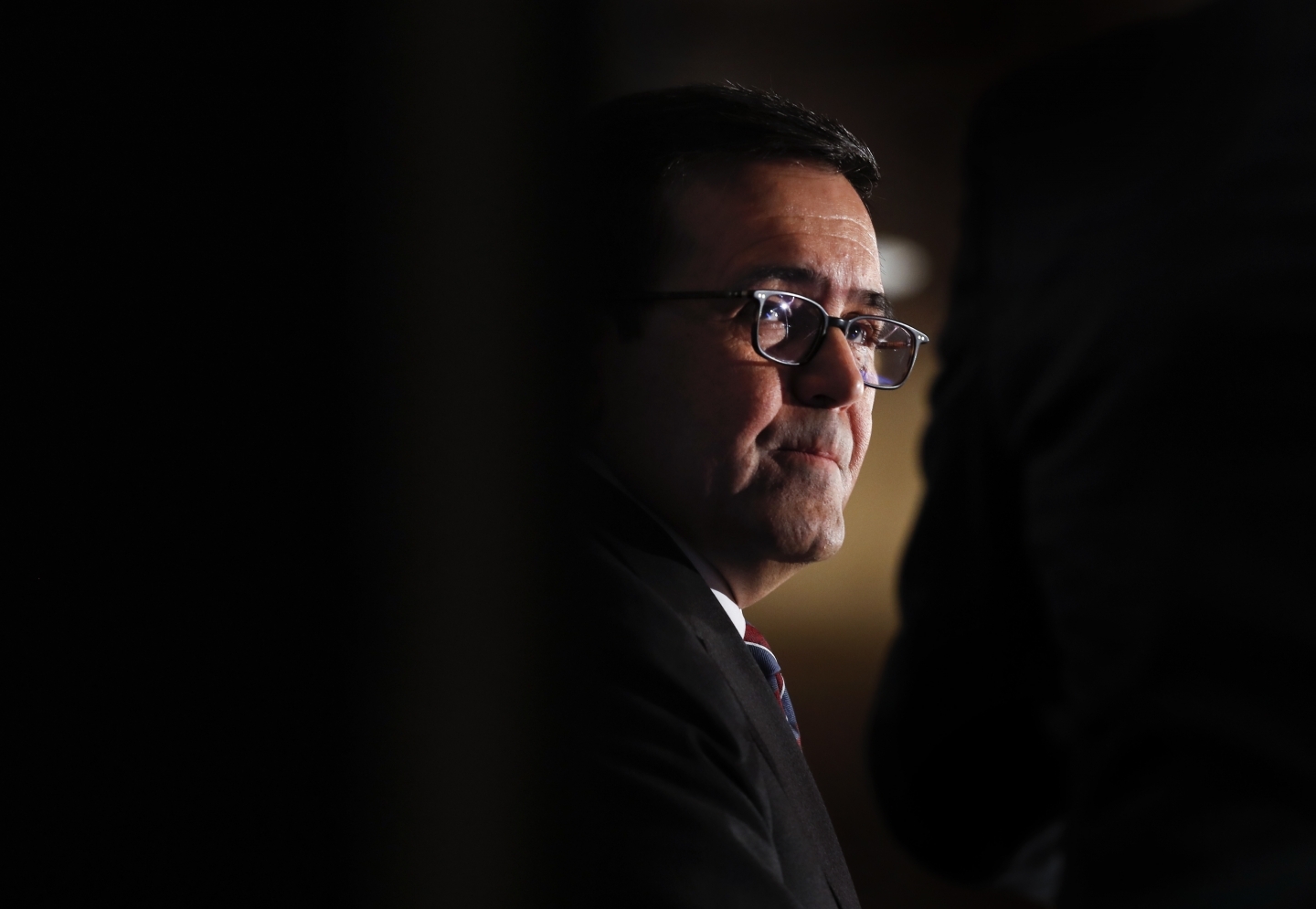 Mexican Economy Minister Ildefonso Guajardo said he and US Trade Representative Robert Lighthizer agreed they would need to work to hash out a deal in principle by the end of August. (AP Photo/Paul Sancya)

The North American Free Trade Agreement (NAFTA) has transformed factories in Mexico. The grim garment sweatshops that once dotted the country have long disappeared, replaced by high-tech car plants rolling out some 11,000 vehicles a day.

The auto sector is arguably a jewel in the crown of Mexican industry, so the country’s carmakers and politicians will breathe a collective sigh of relief if the ongoing NAFTA talks finally lead to a deal.

Industry experts have long said that President Donald Trump’s focus on lost US factory jobs ignores the looming threat that automation presents to US manufacturing. Further, they have also warned that protectionist trade proposals are damaging to all parties.

“We trust the negotiators will reach the best deal they can,” says Fausto Cuevas, the director general of the Mexican Automotive Industry Association (AMIA). “Even if it is not the deal we would like.”

The United States and Mexico are currently engaged in a two-way round of talks that includes discussion of thorny car sector issues.

The good news for the Mexican team is that the US administration has started to moderate its tone.

Trump recently called Mexico’s incoming president Andrés Manuel López Obrador an “absolute gentleman,” and redirected his criticisms toward Canada, which has been shut out of the current talks for four weeks.

“The current US president views López Obrador as a kindred spirit,” says former Mexican congressman Agustín Barrios Gómez, who sees few similarities between Trump and the veteran Mexican leftist. “I don’t know whether that’s going to pay off with an agreement, but it creates the possibility.”

The US president launched the renegotiations in August last year, blaming NAFTA and low wages in Mexico for the decline of domestic manufacturing. He has repeatedly called on car companies such as Ford and General Motors to move factories back to the United States.

The Trump administration has demanded that some 40 percent of a vehicle’s content be produced by workers making at least US$16 an hour. Mexican auto workers currently earn an average wage of around US$2 an hour, so the proposal is designed to revive US production.

But Mexican analysts say the requirement would have negative consequences across the continent, as low wages in Mexico make cars cheaper.

“Markets determine salaries,” says Manuel Molano, adjunct-director of the Mexican Institute for Competitiveness, a Mexico City-based think tank. “It is like criticizing the United States for its low rates of interest.”

According to the AMIA, vehicle production in Mexico has quadrupled since NAFTA came into effect in 1994.

The country ranks as the world’s seventh-largest car producer and is number one in Latin America. All of the top nine carmakers in the world now have a presence in Mexico.

The sector also exemplifies the kind of seamless integration that would have been impossible without NAFTA. Mexican manufacturing plants are in constant communication with research and development facilities, which are primarily based in the United States. According to the Center for Automotive Research — a non-profit research group with funding from several levels of government — an auto part may cross borders eight times during the assembly process.

But the auto sector is also particularly vulnerable to Trump’s protectionist proposals. The NAFTA neighbours currently buy four of every five vehicles exported from Mexico, so diversification options are limited. 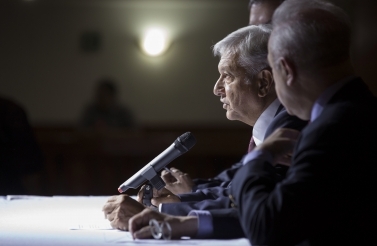 For those reasons, a favourable NAFTA update would be a huge relief for the industry. Uncertainty around renegotiations has fuelled volatility in the Mexican peso. Auto companies have blamed its unpredictability for the poor sales they recorded in the first half of this year. According to AMIA, vehicle sales in Mexico are 8.4 percent lower than in the same period in 2017. Carmakers hope a new treaty will help restore confidence and strengthen sales.

However, no one expects a revised deal to address the issue of industrial automation, which is already transforming production lines on both sides of the border.

A study by the National Bureau of Economic Research, a US non-profit, estimated that robots could soon have a large-scale negative impact on employment and wages. Auto workers look particularly vulnerable, as their sector already uses 39 percent of existing industrial robots, more than any other.

“I don’t think the level of automation is at the centre of discussions,” says Luis de la Calle, a Mexican economist and member of Mexico’s original NAFTA negotiating team. “[The treaty] is not designed to dictate what type of technology should or shouldn’t be used.”

But displacement by robots poses a real threat to Mexican factory workers. In 2011, there were 83 Mexican auto employees to every one robot, according to the United Nations Conference on Trade and Development. By 2015, that ratio had dropped to 19 to one.

Rapid technological advances could eventually lead firms to move their entire production lines from Mexico to the United States to be closer to wealthier consumers. Such a scenario might wreak havoc on Latin America’s second-largest economy.

“Mexico has achieved a reasonably secure position in global manufacturing, but we will have to transition beyond that,” says Juan Francisco Torres-Landa, a Mexico City lawyer with many auto sector clients.

Torres-Landa would like to see more Mexicans involved in the design and development of cars. But to propel this evolution, Mexico needs a more educated workforce.

The Organisation for Economic Co-operation and Development (OECD) reports that 30.9 percent of companies have trouble finding skilled workers in Mexico, compared to an OECD average of 14.8 percent in other countries.

The OECD recommends that Mexico coordinates more between public and private bodies, so that education is made more relevant to the country’s needs. It also says Mexico must “provide opportunities for adults to upgrade and adapt their skills.”

Torres-Landa is certain that no country in North America can rely on manual labour for long-term economic growth.

“It’s ridiculous for the US administration to think they can return to manufacturing as the base of their economy,” he says. “It would also be ridiculous for us as Mexicans to take that path.”

While Trump fixates on the auto sector as a symbol of the golden age of US manufacturing, Moy says it also has a unique place in Mexico, where it offers an example for other industries. South of the border, car manufacturing carries its own symbolic weight.

“It reflects a departure from an agricultural Mexico, towards high value manufacturing,” Moy says. “The car industry showed the world that things can be done well here.