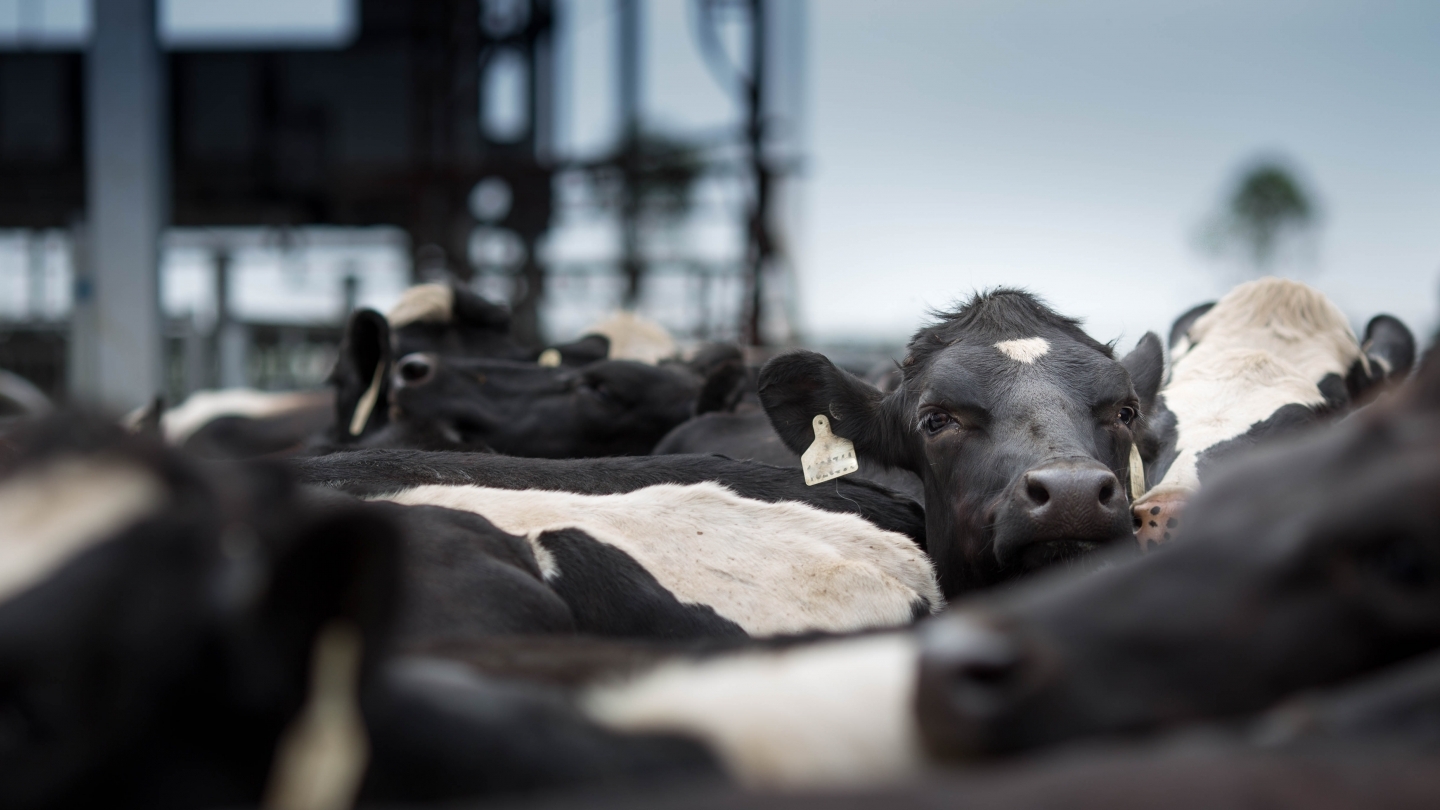 A long-simmering dairy dispute between Canada and the United States heated up earlier this month after US House Speaker and Wisconsin Republican Paul Ryan suggested that the real problem with the North American Free Trade Agreement (NAFTA) is with Canada, citing concerns that “the North” is dumping artificially priced milk products on the global market and hurting US dairy exports.

At a meeting in Wisconsin sponsored by WisPolitics, a political news service, Ryan said that NAFTA must be “updated” for dairy.

The comments were a shot across the bow on one of the most controversial aspects of the US-Canada trade relationship and came as NAFTA negotiators were poised to meet in Montreal for the sixth set of renegotiations talks from January 23 to 29.

The latest skirmish in what’s becoming a drawn-out trade brawl involves a Canadian dairy program, known as Class 7, implemented in the first quarter of 2017.

Shawna Morris, vice president of trade policy at the National Milk Producers Federation (NMPF), an Arlington lobby group that represents dairy farmers and cooperatives in the United States, argues that the national program positioned Canadian companies to export milk powder and other dairy products to international markets for artificially low prices. According to Morris, the Canada’s Class 7 program hurt US exports of similar products.

To back the assertions, the NMPF point to a chart they produced employing data from Global Trade Atlas, a data service company, showing that Canadian exports of skim milk powder spiked up from about 22 million kilograms a year in 2016 through November to over 65 million for the same period in 2017.

Morris said one clear goal of NAFTA renegotiations — in addition to tackling Canada’s dairy tariffs — has been to address the Class 7 program’s impact on the US dairy industry.

“We’re hearing a huge amount of concern around Class 7,” Morris said. “It’s only a year old and having negative impacts on Wisconsin farmers and farmers in other states.”

The Class 7 issue comes as the United States and Canada do battle over other dairy tariffs imposed on US exports to Canada. At the centre of this dispute is a US strategy to expand dairy exports from 15 percent to 20 percent globally by 2020, which includes an effort to hike exports to Canada.

There’s another layer of complexity in dairy trade; based on quotas set by the World Trade Organization, the United States and other countries are allowed to export a certain amount of dairy to Canada duty-free. Once the threshold is reached, Canada imposes huge tariffs — usually between 200 and 300 percent — on imports of certain dairy products, essentially restricting their entry.

“There is a gaping hole in NAFTA when it comes to dairy,” said Morris. “It was an area that was largely left on the sidelines, for milk, butter and cheese.”

The two lobby groups can’t quite agree on the numbers, though. Morris raised questions about the Canadian data, arguing that Canada’s two duty-free programs, the import for re-export program and the duty-relief program, both allow imports of certain dairy products, such as butter fat or dry whey, to Canada, where they are processed into food products and then exported out of the country.

“How much turns around and is shipped back to the US?” Morris asked.

Beaulieu notes that there is no published number specifically on the import for re-export program. But she hypothesizes that the United States would have an even more advantageous trade balance with Canada if it were eliminated because “Canada’s exports to the US might just well be nil” without it.

Even so, Morris argues that the Class 7 program — which includes the export of low-priced skim milk powder — only works because the Canadian system maintains very high prices for milk and cheese, allowing it to export skim milk powder at artificially low prices.

“It only works because of how the rest of the Canadian dairy program is micromanaged and structured with caps on how much can be produced every year and tight limits on how much milk can enter the country,” Morris said.

She pointed to an example of a processor in Wisconsin, who was forced to make changes in how much milk it could accept from farmers because demand evaporated due to the Canadian program.

“We don’t have a government-micromanaged system that would have required that [processor] to continue to accept milk when it didn’t have demand,” Morris said. “There were farmers in Wisconsin that weren’t able to find a new buyer for their milk when we had the upheaval last year from the action by Canada.”

Beaulieu disputes assertions that Canada is at fault for Wisconsin’s struggling dairy farmers.

She argues that US processing plants and cooperatives ask for more milk than they later find they need. As a result, the processors decide to cut off some farms, Beaulieu said. The Class 7 pricing, she contends, is Canada’s way of aligning dairy protein price to that of the United States or world dairy protein price to be competitive.

“A US farmer may be put out of business by a decision made by the cooperative, not because of Canada. In Canada, we share the market risk,” Beaulieu said. “The farmers will be told collectively you need to increase or decrease production by a percentage as small as 1 percent when market signals show change in demand.”

A renegotiated NAFTA that would remove duties and allow more US exports of dairy to Canada would likely lower the price of milk and dairy products for Canadian consumers, which would probably be met favourably by Canadian retail purchasers.

“If you do away with tariffs we would expect to see more US dairy products going to Canada as the US is a competitive producer. Would it decimate Canada’s dairy industry? No that wouldn’t be true,” Morris said. “It would open up opportunities and be cost effective for consumers.”

But Beaulieu suggested that a decision to eliminate the Canadian system, dismantle NAFTA and allow an influx of US dairy would directly impact the milk production and processing activity in Canada.

“They want to displace our milk,” Beaulieu said.

Dairy production is vital for many local economies and is the first or second most important sector for seven of 10 Canadian provinces. According to Beaulieu, Canada’s population — roughly 10 percent of the United States’ population — amounts to such a small market that a hike in US dairy exports wouldn’t make economic sense.

“Any increase in imports [to Canada] is economic activity that doesn’t happen in Canada,” Beaulieu said. “These are jobs in our rural regions, where there isn’t as much opportunity for economic development.”

It’s clear that Americans and Canadians alike hold dairy production near and dear to their economy, and their community. The impact of NAFTA renegotiations on those economies is much less clear.

For now, the dairy dispute simmers.

Trade
Crying over Spilt Milk: The History of Dairy Supply Management and Its Role in Recent Trade Negotiations