June 18, 2019 — A new report released today by the Transatlantic Commission on Election Integrity (TCEI) and the Centre for International Governance Innovation (CIGI) praised Canada for the “positive and commendable steps” it has taken to safeguard its democratic process against foreign interference ahead of the federal election on October 21.

The report, Election Risk Monitor: Canada, is part of a series of assessments being conducted by CIGI and the TCEI, a bi-partisan group launched by the Alliance of Democracies Foundation to help prevent foreign interference in elections — leading up to and including the 2020 United States presidential election — amid growing evidence that foreign interference has influenced elections in several Western democracies in recent years.

TCEI Commissioner Allan Rock, a former Canadian justice minister and United Nations ambassador, oversaw the preparation of the report, which outlines specific threats that Canada faces, strategies that have been adopted to address them, and recommendations to further strengthen Canada’s approach.

“Crucial to the health of democracies is the ability to have a conversation among voters that is frank, direct, and based in truth and reality — not distorted by some malicious foreign actor who wants to undermine the strength of our country,” said Rock. “That’s where the TCEI hopes to make a contribution, by learning about what democracies are doing around the world, identifying measures that work and sharing those best practices with other democracies.”

Among the Canadian measures highlighted in the report was the government’s move to overhaul its federal electoral legislation last year to ban foreign financing in Canadian elections, prohibit misinformation and false statements made with the intent to influence elections, and require major online platforms to maintain a publicly accessible registry of partisan and election advertising. The report also noted Canada’s investments in cyber security infrastructure and the creation of the Security and Intelligence Threats to Elections (SITE) Task Force, which brings together Canada’s major security and intelligence organizations to identify and defeat threats to Canada’s election integrity.

In addition, the report cited Canada’s “global leadership role” in combatting election interference as the lead for the G7 Rapid Response Mechanism, an initiative housed within Global Affairs Canada that coordinates the response of all G7 countries in identifying and defending against the threats.

“Canada has taken up the reins as a global leader fighting election interference, and this report is further proof of that,” said TCEI Co-Chair Anders Fogh Rasmussen, a former NATO Secretary-General and Prime Minister of Denmark, and founder of the Alliance of Democracies Foundation. “Canada leads the G7 Rapid Response Mechanism, a safeguard against threats to the G7 states, showing it prioritizes foreign election interference as a foremost threat to the liberal democratic order.”

However, the report warned that important gaps remain in protecting Canada’s democratic process — in particular, the need for regulations that would require social media companies to take concrete actions in relation to fake news and other forms of disinformation on their platforms, and that would impose major sanctions if they fail to comply.

“We’re seeing hackers across the democratic world set up troll farms to spread highly partisan narratives and employ armies of bots to distort the truth online,” said TCEI Co-Chair Michael Chertoff, former United States Secretary of Homeland Security and a CIGI distinguished fellow. “As we look to the future and the arrival of deep-fake technology — which has the potential to cause significant electoral chaos and geopolitical instability — it’s more important than ever to educate the public on how to spot these forms of disinformation and to prevent them from spreading online.”

For social media platforms that allow themselves to be used by malign foreign actors or have permitted abuses they could have caught or controlled, the report recommends imposing fines “high enough to capture the attention even of those cash-rich corporations” and holding social media executives personally responsible for non-compliance under threat of fines and, possibly, jail terms.

“This report provides a comprehensive assessment of Canada’s strengths as well as the vulnerabilities it confronts in cyberspace as we approach the October federal election, and also what needs to be done to make social media platforms accountable for misleading or fake news,” said Fen Osler Hampson, a distinguished fellow at CIGI and director of its Global Security & Politics program. “As the report states, protecting against election interference is clearly one of the government’s top priorities, and while great strides have been made, there are still important steps to be taken.”

About the Centre for International Governance Innovation (CIGI)
We are the Centre for International Governance Innovation: an independent, non-partisan think tank with an objective and uniquely global perspective. Our research, opinions and public voice make a difference in today’s world by bringing clarity and innovative thinking to global policy making. By working across disciplines and in partnership with the best peers and experts, we are the benchmark for influential research and trusted analysis. www.cigionline.org

About the Alliance of Democracies Foundation
The Alliance of Democracies Foundation is a non-profit organization founded in 2017 by Anders Fogh Rasmussen, the former NATO Secretary General and former Prime Minister of Denmark. The Foundation is dedicated to the advancement of democracy and free markets across the globe and runs three programs: the Copenhagen Democracy Summit, the Expeditionary Economics program, and the Campaign for Democracy. www.allianceofdemocracies.org

About Transatlantic Commission on Election Integrity
As part of the Alliance of Democracies, the Transatlantic Commission on Election Integrity is a transatlantic, bi-partisan group of political, tech, business and media leaders that seeks to foster a more collective approach to preventing the next wave of foreign election interference. The Commission’s work raises awareness of the risks, develops new technology tools, and identifies weaknesses and remedies in the policy response across Europe and the USA, including front-line states such as Ukraine. www.protectelections.com

For more information or to arrange an interview, please contact:

“Crucial to the health of democracies is the ability to have a conversation among voters that is frank, direct, and based in truth and reality, not distorted by some malicious foreign actor who wants to undermine the strength of our country."
WATCH: Allan Rock discusses the threats Canada faces in the upcoming federal election
The opinions expressed in this article/multimedia are those of the author(s) and do not necessarily reflect the views of CIGI or its Board of Directors. 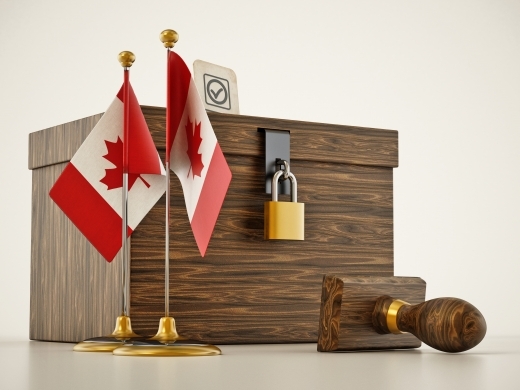 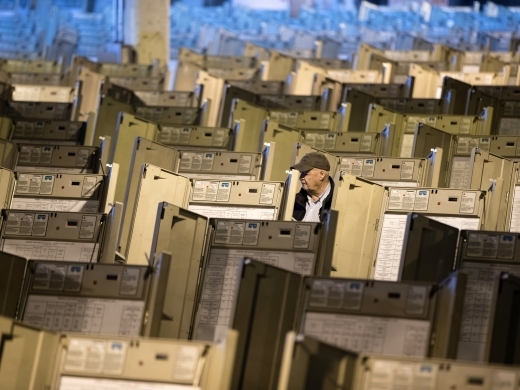 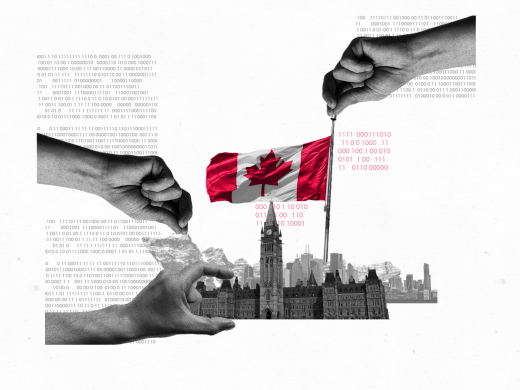 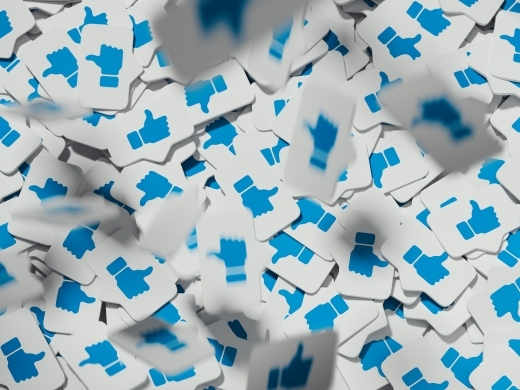