Nuance, Not Force, Will Get Nukes out of North Korea

Strategic patience has clearly failed. But denuclearization is like defusing a bomb. Trump may not be up to the job 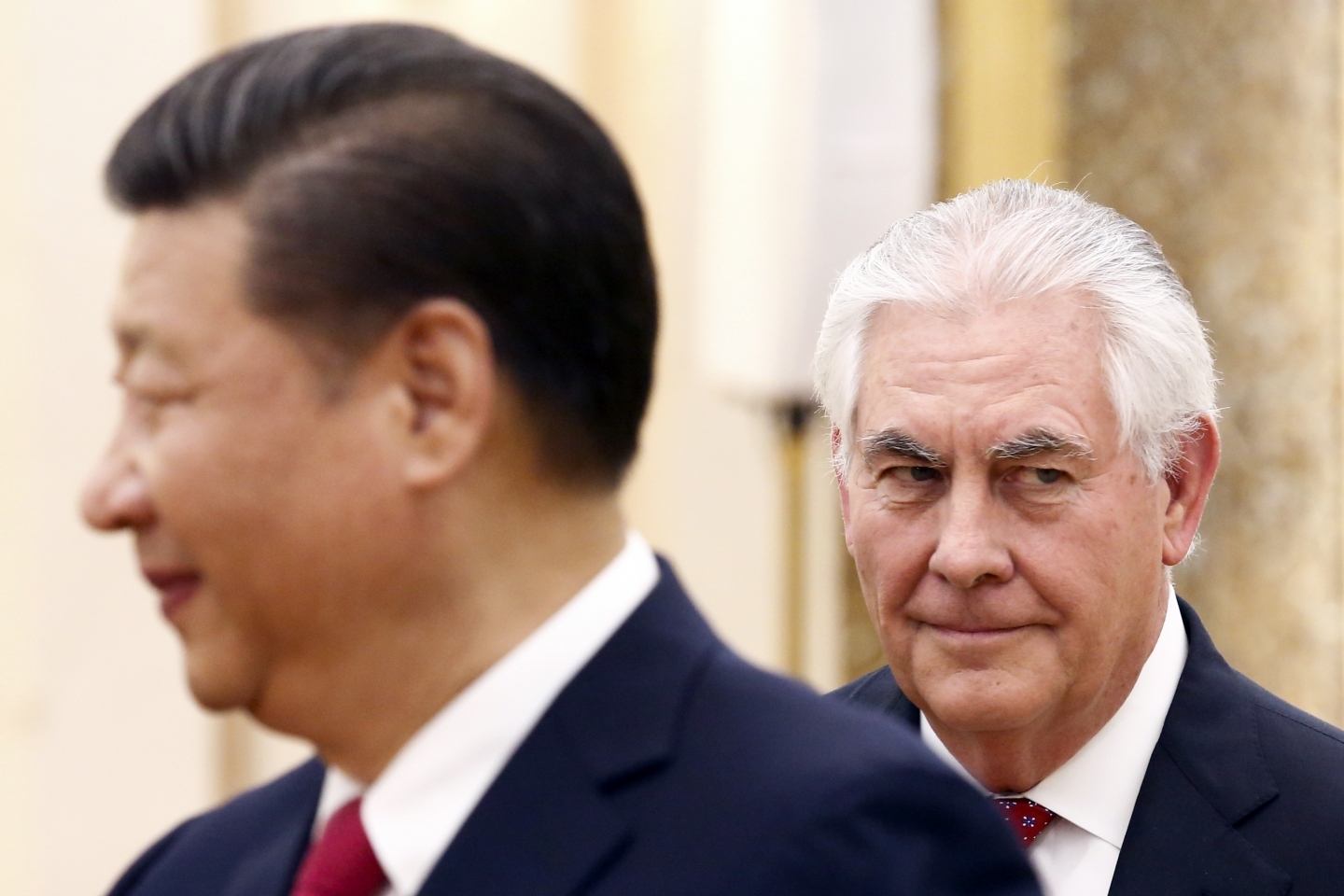 On Friday, U.S. Secretary of State Rex Tillerson declared the “policy of strategic patience” dead and said that “all options” were on the table to denuclearize North Korea.

This is a potentially welcome development. Strategic patience has clearly failed. But denuclearizing North Korea will be like defusing a bomb: it will require patience, a steady hand, and a deft touch. It is reasonable to doubt that the Trump administration is up to the job.

It is worth asking why denuclearizing North Korea is so important. After all, no one worries (much) about British, French, or even Chinese nuclear weapons, because their primary purpose is simply deterrence. In 2013, Kim Jong-un noted (incorrectly, overlooking the 1982 Falklands War) that no nuclear-armed country had ever been invaded, and declared that "Our nuclear strength is a reliable war deterrent and a guarantee to protect our sovereignty.”

But Theresa May, François Hollande, and Xi Jinping do not kill their uncles and half-brothers or execute senior officials with anti-aircraft guns for dozing off at meetings. Nor are they surrounded by sycophants and relentlessly mythologized. Absolute power corrupts absolutely, and thanks to research in neurochemistry, we now know why: unfettered power and adulation actually change the human brain by saturating it with dopamine—a powerful neurotransmitter with an addictive rush that, over time, corrodes the capacity for rational thought and leads to delusions of invulnerability. Think Stalin, or Saddam Hussein.

A nuclear North Korea is unacceptable, in short, because Kim Jong-un is too much of a risk. At some point he may come to believe that his nuclear arsenal gives him the shield he needs to do his god-like grandfather Kim Il-sung one better and fulfill the family dynasty’s unfinished business of forcibly reuniting Korea.

What can Washington do about it? There are too many nuclear-weapons- and missile-related targets—many of them hardened, well-concealed, or mobile—to destroy in a surprise attack.

Thus far economic sanctions have done nothing, other than dry up North Korea’s trade with everyone but China. This gives China unequalled leverage, but Beijing is loath to use it, fearful of triggering the regime’s collapse, a refugee disaster, and, when the dust settles, the possibility of American troops on the Yalu river.

Washington could try to force China’s hand by means of secondary sanctions, but even a complete cutoff of food, fuel, and foreign exchange might not work. The North Korean government has never shown its own people much solicitude, could externalize blame for their suffering, and would probably just further husband scarce resources for the benefit of the elite and the nuclear and missile programs.

Negotiations are a non-starter as well. North Korea has given no indication that it would trust others enough to disarm even if it wanted to. In any case, Kim Jong-un has deliberately built his cult of personality on the narrative of nuclear prowess.

At the end of the day, the standard playbook has no good options. So Washington should toss it out the window. Here is a sample step-by-step script:

If Pyongyang calls the bluff:

Crucially, none of these measures would immediately confront the regime with the prospect of imminent collapse. Autocrats are most dangerous when cornered with no apparent way out (think Muammar Gaddafi). With luck and patience, enough in the North Korean elite will come to believe that their best long-term hope lies in cooperating with the international community and will take internal political matters into their own hands.

Is Washington up to the task? It is hard to be optimistic. Creativity and nuance have never been hallmarks of American power even under the smartest and best-informed presidents. Most likely, the U.S. will either continue to spin its wheels or will overplay its hand—with potentially disastrous consequences.

This article originally appeared in The Globe & Mail.

"...denuclearizing North Korea will be like defusing a bomb: it will require patience, a steady hand and a deft touch."
View Full Article
The opinions expressed in this article/multimedia are those of the author(s) and do not necessarily reflect the views of CIGI or its Board of Directors.