The United States Patent and Trademark Office is trying to answer a very complicated question: Who owns artificial intelligence? 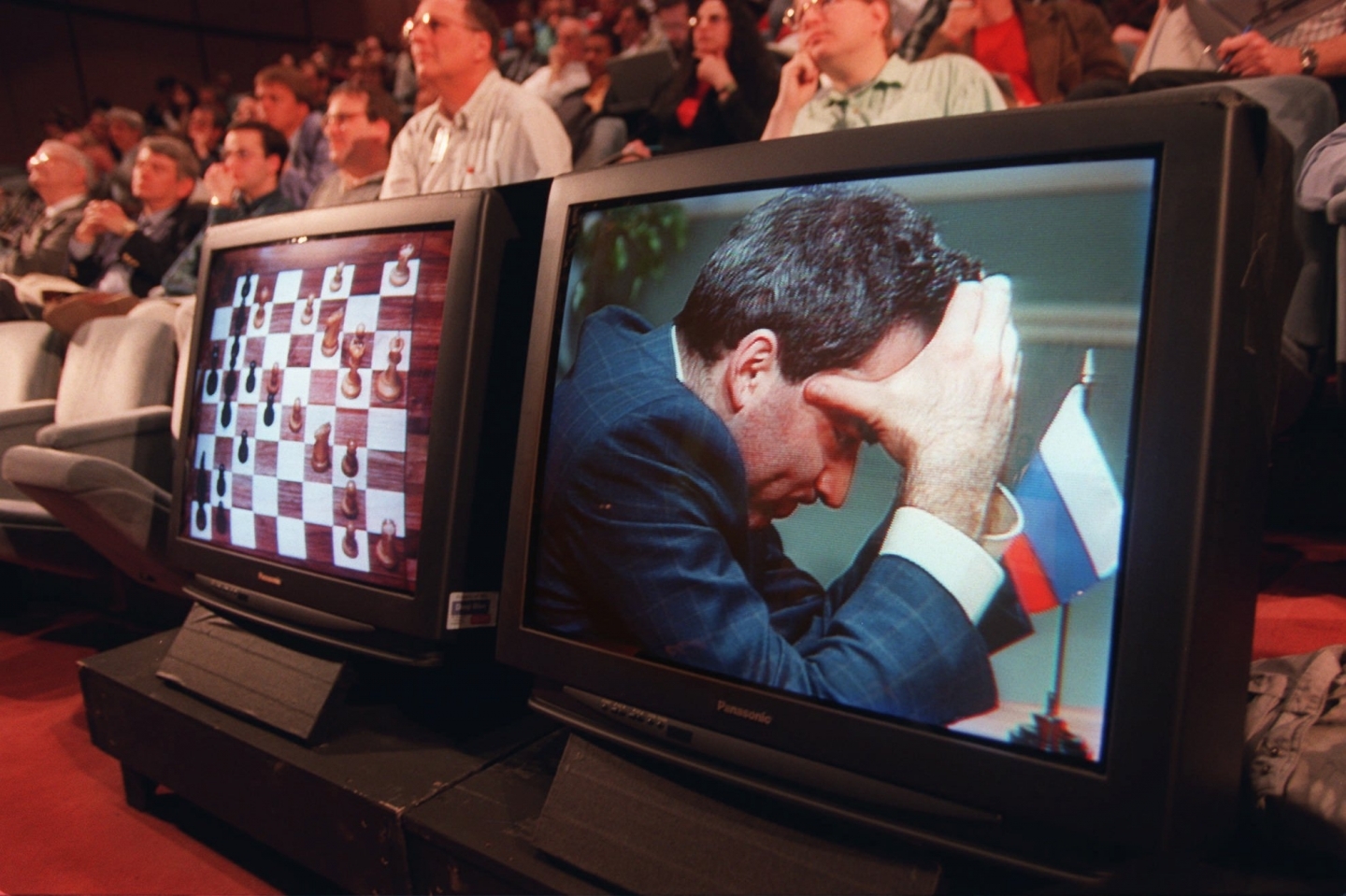 The United States Patent and Trademark Office (USPTO) recently ran a hiring process for an artificial intelligence (AI) expert and is currently soliciting comments through a public consultation in hopes of developing an intellectual property approach to AI, as well as the content and outputs that AI creates. The call for comments is fundamental and far-reaching, suggesting that there is a significant range of possible outcomes — all of which will play a major role in shaping the next phase of AI development.

The United States’ policy process, of course, isn’t holding the market back from filing patents and registering copyrights on AI — according to the World Intellectual Property Organization, the number of published patent applications has risen from 8,515 in 2006 to 55,660 in 2017 (a 650 percent increase in 11 years). Of those applications, the private sector represents 26 of the top 30 applicants — and IBM leads the field with 8,290 applications. And, although American and Chinese companies dominate in terms of total AI patent volume, 12 of the top 20 applicants are Japanese. Chinese and Korean universities are the largest public filers of patents — and fewer than one percent of AI patents are shared or co-owned. 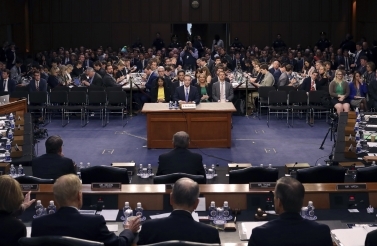 The hardest problem in intellectual property frameworks isn’t protecting the big, obviously valuable things we create — it’s figuring out what the smallest amount of invention necessary is to create an ownership interest. I call that the minimum unit problem. One example: musical notes are not ‘ownable’ under intellectual property law, but songs are. So how many notes does it take before a sound becomes a song? That may sound like a small problem when it’s applied to music, but it’s a much, much larger problem when intellectual property structures are applied to things like logic and structures of thinking.

In 2013, Marvin Gaye’s estate sued the musical artists Pharrell Williams, Robin Thicke and T. I. over their hit song “Blurred Lines,” saying that it infringed on the copyright of Gaye’s song “Got to Give It Up.” Gaye’s estate ultimately won US$5.3 million in December of 2018. This lawsuit got a significant amount of media attention, not only because of the profile of the artists involved, but also because the only thing the songs actually share is a very short chord progression. Williams, the main author of “Blurred Lines,” testified that he wasn’t thinking of “Got to Give It Up” during the production, and never used a sample, or anything else related to the song, in production. Here, the jury found that the songs shared enough of a “feel” to grant the Gaye estate one of the largest copyright awards in music history.

Intellectual property regimes are the cause of, and a potential solution to, AI’s biggest problem.

This is the minimum unit problem — essentially, according to the jury, an intangible “feel” was deemed enough to define a song and was, therefore, eligible for protection. That finding can cut both ways: if you ask the Gaye estate, they’d likely say that this approach protects artists and their music. But if you’re an up-and-coming artist, the implications are terrifying — how could you possibly know whether a jury, with access to the entire music catalogue of the world, would decide that a song you wrote “feels” the same as another song, even one written 40 years ago? That tension — how we reward creation as opposed to established work — lies at the very core of intellectual property, which raises all kinds of important questions when it’s applied to something beyond music, something like intelligence.

When we talk about applying intellectual property protections to AI, we are, essentially, talking about enabling people to “own” methods of learning, reasoning and participating in defined systems. In other words, continuing to allow companies to patent AI may, eventually, give them the ability to prevent us from, or punish or charge us for, thinking or reasoning. That’s about as dystopian as it gets, so let’s break it down into specifics. There are, broadly, three categories of AI in particular (as defined by the 2016 US Office of Science and Technology Policy report) that warrant individual responses.

General AI: Despite the attention that it gets in policy debates, general AI — AI capable of human-like perception and cognition, applied over a wide range of contexts and tasks — is far enough away from existence that focusing on the interesting personhood questions it raises is, mostly, a red herring.

Machine and deep learning: Machine- and deep-learning systems — in which AI interprets the rules of a system based on a large data set, and then applies those rules to current or future data processing — are capable of crunching extraordinarily large data inputs and, increasingly, are competing with human ability, particularly with pattern recognition tasks. The path a machine-learning system might take in making a “decision” is somewhat opaque and difficult to explain, even to experts. And, to its credit, the USPTO’s questions for comment focus almost exclusively on understanding the role of ownership when machine- and deep-learning models act beyond a creator’s reasonable expectations and create a copyrightable work or infringe copyright.

The race to patent machine-learning models is, basically, about the race to capture approaches to learning. The way that companies are patenting machine- and deep-learning techniques may limit who gets to learn and how — and that’s not only against intellectual property’s defining priorities, it’s extraordinarily dangerous.

Narrow AI: Like machine and deep learning, narrow AI exists in the world now — it’s the type of AI that describes systems like IBM’s chess-playing computer Deep Blue, or its question-answering Watson, which famously competed on Jeopardy! Narrow AI exists in a bounded universe, like a game, and develops optimized approaches for achieving a single (narrow) goal within that system through huge numbers of repetitions. Narrow AI is, at least in a way, explainable and defined by the system it’s applied to. This makes enforcing intellectual property law clear and simple — at least in comparison to the other types of AI.

For example, machine- and deep-learning products are unique because of their complicated processing mechanisms, which means that enforcement actions would likely have to prove, from the outside, that a person, company or competing product is using the same, patented methodology to train its AI system. Narrow AI, by contrast, uses inputs to accomplish a specific task (like playing chess or driving a car), by “learning” or “being trained” over time. It is both significantly easier to articulate and to patent an approach to playing a game or solving a particular problem than it is to patent a general approach to learning, especially because of the mechanics of enforcement. So, for example, IBM could arguably sue anyone who creates or uses a system for playing chess that looks like, in whole or in part, the way that Deep Blue plays chess. And while such a lawsuit may seem absurdly interventionist, or like the kind of thing that a jury would never allow, remember that a jury just granted one of the largest awards ever because of the “feel” of a song. 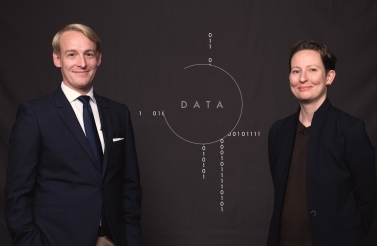 Watch
Data Trusts – Defining What, How and Who Can Use Your Data

As so often happens with technology, the fervour around our potential future is leading us to take policy and governance risks that undermine, if not outright prevent, that potential. The race to “win” the future of AI is no different, and intellectual property policy is already an important arena of competition.

Assuming that AI patent applications have continued to increase at the same rate as in 2017, there will be 89,056 AI patent applications by the end of 2019. Those applicants have an understandable interest in making sure their investments bear fruit. That said, if the primary goals of intellectual property law — that is, the promotion of progress and economic development — remain intact, it’s hard to understand how enabling anyone to own intelligence, artificial or otherwise, achieves them. Rather than focus on protecting the pinnacle of AI that we might create, intellectual property policy should focus on ensuring equitable access to the learning and intelligence we already have.